What to make of the Mariners’ spring thus far 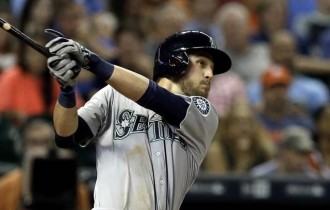 We’re about halfway through the Cactus League schedule. The regular season begins in less than three weeks. The Seattle Mariners just got their ace, Felix Hernandez, his first official work in a spring game. The club’s position “battles” are well under way. Except position battles aren’t a real thing and spring results mean absolutely zero.

Not kidding, spring training roster “battles” are not real, because the best “performer” isn’t the one that will necessarily win the job. In actuality they’re position “decisions” by the team and the results, as seen on paper after the fact, mean absolutely nothing. Nothing at all. Going 3-for-4, in and of itself, doesn’t help Stefen Romero‘s case.

What in the world am I saying?

It’s simple, and in some form I say the same thing every single March: Clubs wants to see process, not numbers in a box score. For example, if Romero goes 3-for-4 but only one of the hits was squared up on the barrel and none of the plate appearances was versus a good arm, did he really gain ground on Dae-Ho Lee, who may have gone 1-for-2 with a walk and a hard-hit fly ball, including a two-out RBI single on a 1-2 slider from a legitimate big-league arm? No, he didn’t. In this instance, Lee’s day would be considered the better one. Clubs use spring games as a way to scout their own players. When you scout players, you look far beyond the results as fans would see it. Results, for evaluators, include things never show up in the box score. Steve Sandmeyer and I discussed this in regards to Ketel Marte in Episode 22 of Sandmeyer and Churchill (click here to check that out).

Having said all that, here are my thoughts on what’s transpired to this point, just ahead of my mid-spring 25-man roster projection: