What to Make of Mitch Haniger’s Spring 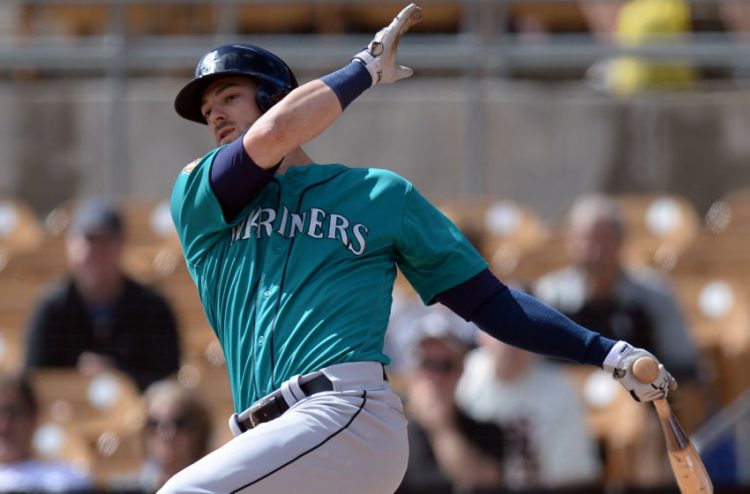 Mitch Haniger has lit up the Cactus League and ranks in the top 10 in most useful categories for hitters. But what does that really mean?

Anyone who follows Prospect Insider or Jason A. Churchill likely knows my stance on spring training statistics. If you don’t, here it is: Useless.

Spring training is such a small sample — it equates to about 20 days of baseball (players don’t play every day and don’t always play the entire game). Hot streaks happen all the time, even to mediocre players. Cactus Leagie play is just long enough to lie and far too short to tell the truth.

Separate performance from stats and there’s a bit more to take from one month of baseball, but only a tiny bit. And to get a sense of ‘performance’ without using stats, one has to see the plate appearances, innings pitched and defensive innings and understand what they saw.

Not to pick on Haniger, but a deeper look offers necessary intel about Haniger’s 60 plate appearances.

I’m not picking on Haniger — this is true for everey hitter. This is why the numbers mean jack freaking squat.

One scout and one player development staffer I spoke to this week each still see Haniger as more of a part-time player than an everyday answer in a lineup for a contending team. The scout was insistent Haniger was a starting-caliber right fielder.

Having said that, there is a performance side of Haniger’s spring, incombination with his scouting profile that supports the suggestion Haniger may be ready to pop. And as I edited this, Haniger took Danny Duffy off the wall in center for another double.

Ignore the slugging if you want, since Haniger has played in a lot of severe hitter’s environments. But for the most part, hits are hits, walks are walks and he’s hit on the road in both stops in the upper minors.

Simply put, Haniger has hit the ball hard a lot.

We can discuss Haniger’s athleticism — above average — defensive abilities — average to above average, with a plus arm — but if he doesn’t hit he doesn’t help the 2017 Seattle Mariners and may not have a roster spot.

Haniger’s swing is simple with plus bat speed. He will chase up in the zone on hard stuff and down and away on soft stuff, but he’s improved in this area to a point where his overall skillset at the plate may work regularly in the big leagues.

This season is probably it for Haniger’s ‘prospects’ as a full-time major-league player, but despite reasons not to buy the statistics this month, there’s plenty of reason to believe this opportunity is exactly what Haniger needed.

I believe with 500-plus plate appearances, Haniger will hit 20-plus home runs to go with plenty of doubles. I also believe he’ll draw enough walks to post a good-enough AVG-OBP differential to play in the big leagues.

But the strikeout ratio is a concern. If he can’t use the whole field consistently and find those two-strike hits, the 26-year-old’s shot to play regularly sinks with his batting average, putting more pressure on drawing walks and hitting the long ball.

He’s not a 35-40 homer bat and his plate skills do not suggest he’s capable of an elite walk rate — about 13 percent on up. Haniger will have to put up league-median batting averages, somewhere north of .250, in order to warrant the everyday tag and be more than just ‘the best option.’

Haniger’s physical skills and maturity are on his side. And so is Edgar Martinez. While he’s not the safest bet, he might be the best one among several what-if scenarios for the Mariners this season.

If he’s an average corner outfielder in 2017, Jerry Dipoto‘s foresight was dead-on, with perfect timing. And the deal that sent Ketel Marte and Taijuan Walker to Arizona will have paid off in a big way.