What if the Mariners became sellers? 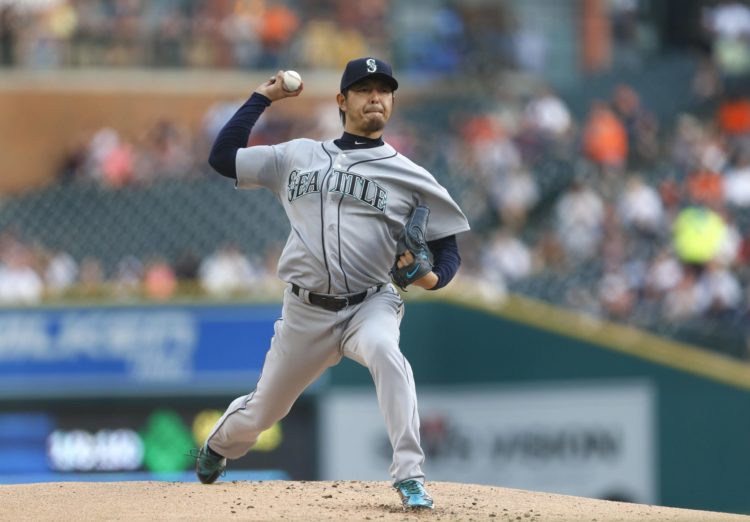 Watching the Seattle Mariners’ 2016 season unfold has been an exhilarating and frustrating experience for their fans. The club started the year by posting a 23-17 win-loss record and things looked so promising in late May. Then came a number of disappointing setbacks that left the Mariners just a game over .500 at the all-star break.

Despite the team’s tumultuous first half, the Mariners remain on the fringe of contention. Now, a big decision looms for team management. The choice at hand is whether to be a buyer prior to the August 1 non-waiver trade deadline. For Seattle fans, it’s a no-brainer. They want the team’s front office to aggressively lean forward and get the franchise back to the postseason for the first time in 14 seasons.

Entering today, being a buyer makes sense for the Mariners. Their 44-43 record has them positioned to compete for their division title and a wild card berth. Moreover, ace Felix Hernandez is set to return from the disabled list in less than two weeks and fellow starter Taijuan Walker shouldn’t be far behind King Felix. Add a few new players prior to the deadline and the Mariners should be set to make a serious run at the postseason. Right?

Absolutely. But, what if the unthinkable happens and Seattle suffers another round of setbacks between now and the deadline? Then what? The answer could be an option that fans would loathe — sell.

I know. No one wants to consider the idea of selling in Seattle. That’s what the Mariners seemly do every year. But, let’s say that it becomes clear that the club can’t realistically compete by the deadline. Shouldn’t the organization sell at that point?

What I’ve suggested isn’t that likely. Still, compiling a list of potential pieces to ship out of Seattle sounds like a fun idea. So, that’s what I’ve done.

Before getting started, I want to point out that I’m not going to discuss the Mariners’ core players. It’s highly unlikely that the club would move players such as Hernandez, Robinson Cano, Nelson Cruz, and Kyle Seager for a variety of reasons. With that in mind, let’s look at several pieces that the Mariners should consider moving if the team takes a nose dive.

Hisashi Iwakuma
Trading the fan favorite would be problematic from a public relations standpoint. Nevertheless, the club would have to consider taking advantage of a weak starting pitcher market.

Iwakuma’s durability would certainly come into play during any trade negotiations. In four seasons with the Mariners, he’s reached the 200-inning mark just once — 2013. There’s also the issue of his failed physical with the Los Angeles Dodgers last December.

The fallout from the physical was a club-friendly, vesting deal with Seattle. Assuming he stays healthy and reaches 162 innings — he’s at 114.1 entering today — Iwakuma’s 2017 contract is guaranteed at $14 million. If he falls short for some reason, the Mariners can either retain him for $10 million or pay a $1 million buyout. There’s a similar vesting option in place for 2018.

Iwakuma’s injury history could be a red flag and his salary may be too steep for some contenders. But, the vesting options provide a measure of protection against a physical breakdown and clubs such as the Detroit Tigers and Boston Red Sox could afford Iwakuma. Both are in the “win now” mode, have reportedly expressed interest in the veteran in the past, and need rotation help. Other clubs that could use the services of right-hander include the Dodgers, Chicago Cubs, Texas Rangers, and Houston Astros.

It’s hard to know whether the Dodgers would want to take another shot at acquiring Iwakuma or if the Mariners would trade within their division. But, there’s going to be a strong demand for starting pitching prior to the deadline and Kuma would be an attractive option for clubs in need of a quality starter.

Steve Cishek
Many fans say they wouldn’t mind seeing the 30-year-old leave Seattle. Especially, after a rough patch during the past two weeks. But, he’s actually performed relatively well as the team’s closer, holding opposing hitters to a .188 batting average.

That doesn’t mean Cishek is a shutdown closer, but he’d be an attractive option for a team looking to add to the back-end of their bullpen. Clubs looking for such a pitcher could include the Cubs, Washington Nationals, and San Francisco Giants.

The biggest “drawback” with Cishek is his salary — he’s due $6 million in 2017. To move the right-hander, the Mariners would likely have to include cash, if they wanted to receive any significant value in return for the seven-year veteran.

Seth Smith
Teams looking for outfield depth could look at the 34-year-old as a good platoon option. Smith’s defense has been regressing, but he’s a professional hitter who was slashing .286/.378/.476 against southpaws entering today. Potential interested parties could include the New York Mets, Cleveland Indians, Nationals, and Giants. Seattle holds a $7 million 2017 option — with a $1 million buyout — on their corner outfielder.

Chris Iannetta
The 11-year veteran is another Mariner with a vesting option. His 2017 contract is guaranteed, if he starts 100 games this year and doesn’t end the season on the disabled list with an injury to his right elbow, back or either hip. So far, so good for Iannetta and the team. But, would it be wise for Seattle to retain the 33-year-old, if the team fell out of contention?

The answer to that question may depend on the team’s 2017 plans for Iannetta and Mike Zunino. Will the club retain both players with so many other areas in need of improvement? Keeping both may be tough for an organization with a limited number of trade chips at its disposal.

Some may view Zunino as the better trade option. But, the Mariners would be selling low if they moved the 25-year-old at the deadline. That doesn’t sound like a strategy that general manager Jerry Dipoto would employ. Perhaps, Seattle would prefer to wait until the season ends before making any changes behind the plate. But, the Red Sox, Tigers, Rangers, and Astros all could use a veteran backstop like Iannetta right now.

Wade LeBlanc
Assuming the left-hander continues to pitch well; he’d be a low-cost option for clubs looking for rotation depth. All of the contenders I mentioned during the Iwakuma discussion could be interested in LeBlanc. The Kansas City Royals and Miami Marlins might be interested too.

Vidal Nuno/Joaquin Benoit
Both pitchers could help contenders in different ways. Nuno is a versatile performer who could be helpful to any team making a playoff run. The southpaw isn’t a back-end reliever, like Cishek. But, he’s capable of going multiple innings or even start in a pinch. Granted, he had a tough June — .328 batting average against. But, so did most of the Mariners bullpen.

Benoit, who turns 39-years-old on July 26, has been shelved twice this year due to shoulder issues and has struggled at times. Nevertheless, he continues to be manager Scott Servais’ primary choice to setup Cishek in the eighth inning. Clubs looking for a veteran with setup and closing experience would certainly express interest in the right-hander, who is a free agent at the end of the season.

Dae-ho Lee
Once again, I’m suggesting to trade another fan favorite. The 33-year-old has impressed during his debut season and enters the break slashing .288/.330/.514 with 12 home runs, despite being part of a platoon. Still, if you’re looking to improve for next year, why retain an asset who could garner value at the deadline?  There may not be much demand for first basemen among contenders. Nevertheless, the rookie certainly could help the Mets or the Astros.

Reality check
More than likely, the Mariners are going to remain fringe contenders and be buyers. Will they be adding big-ticket players before August 1? Based on Dipoto’s comments and actions since taking over last September, the answer is no. Instead, I expect the 48-year-old executive to use smaller deals to tweak the supporting cast around his core of Felix, Cano, Cruz, and Seager.

Still, if the club were to experience a complete meltdown prior the last week of July, becoming sellers would make sense. Even if it means moving fan favorites.

2016-07-10
Previous Post: Looking for trade clues in Dipoto’s past
Next Post: Not for nuthin’: Big Papi isn’t clutch