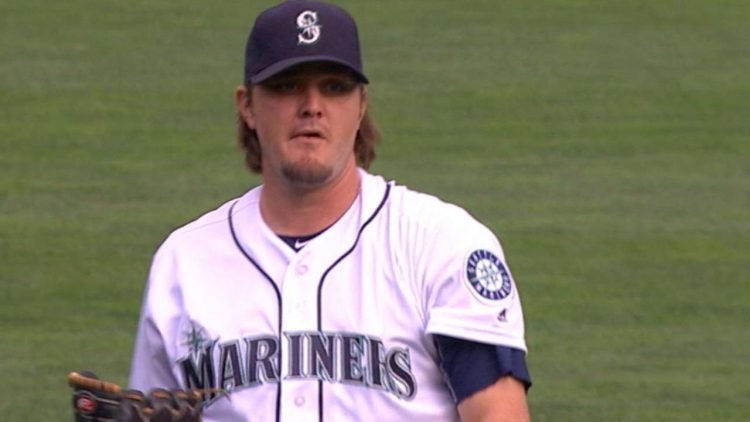 What seemed impossible just a month ago could now be reality. Contending teams reportedly have expressed interest in Seattle Mariners starting pitcher Wade Miley. According to Bob Dutton of the Tacoma News Tribune, scouts from several clubs are likely to attend Miley’s start against the Toronto Blue Jays tomorrow. Essentially, the left-hander’s start sets up as a showcase for potential buyers.

Why was trade interest in the 29-year-old so improbable just a month ago? Results, or lack thereof.

Just four weeks ago, Miley was coming off the disabled list (DL) due to a sore shoulder and hadn’t been effective prior to his injury. His numbers since returning to the rotation haven’t been inspiring either — four starts, 22.1 innings pitched, 5.64 earned run average (ERA) and a .333 opponents batting average.

So, why would teams be interested in Miley? It’s simple. The starting pitcher market is very lean. Sure, there are a lot of names being bandied about by national media outlets, but the market isn’t as flush when you dig into the performance or cost of the players most frequently mentioned names. Take a look.

The most notable names on the preceding list are Chris Sale, Jose Quintana, and Julio Teheran. But, there are questions about their actual availability and certainly their cost would be prohibitive. According to Ken Rosenthal of FOX Sports, the Chicago White Sox have already turned down a “king’s ransom” for Sale. Since he’s been scratched from tonight’s start, he may actually be on the move after all. Apparently, someone is offering more than a king’s and queen’s ransom.

Another option for contenders could be lower tier pitchers, who are controllable and relatively low paid. Names like Jake Odorizzi, Matt Moore, Matt Shoemaker, and Jimmy Nelson are all rumored to be available. The price wouldn’t be on the same level as Sale, Quintana, or Teheran. But, getting players of this ilk won’t come cheaply either, especially in a weak market.

Buyers could look to rental players like Rich Hill, Jeremy Hellickson, and Andrew Cashner. Hill is easily the best of the bunch and will command a higher price than Hellickson and Cashner. This trio — or other impending free agents — can be attractive to win-now teams. But, why wouldn’t clubs interested in rentals at least kick the tires on a pitcher like Wade Miley?

Miley told Dutton “I made a few adjustments,” which he believes led to his solid 6 and 1/3-inning/three-run performance against the White Sox on July 19. If the former first-round draft choice of the Arizona Diamondbacks has truly turned a page, teams may look at him as a cheaper option than the upper tier and rental arms on the market.

Obviously, Miley won’t anchor a rotation or carry a club on his back like Sale could, but the southpaw could represent a solid addition for a contender looking to deepen their rotation. That’s assuming that his “adjustments” are permanent. Hence tomorrow’s showcase.

There’s only one problem with shipping Miley to a contender needing to reinforce its rotation for a postseason push — he already plays for one of those contenders. Certainly, some Mariners fans would gleefully welcome sending Miley away. On the other hand, he’d be a valuable asset, if his performance down the stretch resembles his career norms.

If the Mariners opted to move Miley, they could turn to Nathan Karns or Wade LeBlanc as replacements. Plus, the club is expecting to upgrade their rotation when Taijuan Walker returns from the DL in early August.

Still, moving a proven performer with a track record of durability is a risky proposition for a team on the fringe of contention, unless it was one in a series of deals that would lead to getting another experienced pitcher. Otherwise, moving Miley could imperil Seattle’s playoff hopes.

With that said, this week’s Mike Montgomery deal proves that general manager Jerry Dipoto is willing to pull the trigger on a deal whenever it’ll help his club now and in the future. He knew that he was selling high with Montgomery and was able to add slugger Dan Vogelbach, who may contribute this season and certainly in the future, and Class-AA starter Paul Blackburn.

Perhaps, Dipoto will find a market for Miley too, especially if he performs well during tomorrow’s outing at the Rogers Centre. What a difference a month can make.