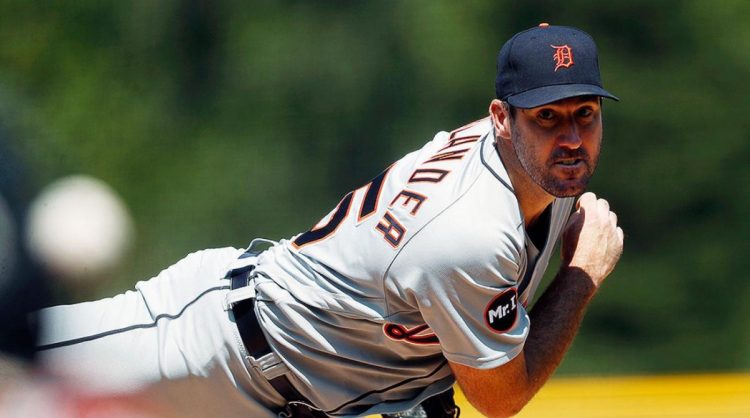 When news broke the Houston Astros were getting Detroit Tigers ace Justin Verlander late Thursday night, reaction from Seattle baseball fans could be summed up in one word.

Not only did the pitching-deprived Mariners fail to acquire Verlander, a former Cy Young Award winner and league MVP, he’s going to a division rival.

Certainly, adding Verlander would’ve been a huge boost for a Mariners team desperately needing one. In six August starts, the right-hander had a 2.36 ERA and held opponents to a .217 batting average.

Despite his recent success, obtaining Verlander wouldn’t make sense for Seattle. I suspect a segment of Mariners faithful will vehemently disagree.

Any potential deal for Verlander involving the Mariners would’ve proven problematic for general manager Jerry Dipoto. Why? The cost in terms of prospects would be prohibitive for an organization with a limited supply.

MLB Prospect Watch ranks Perez number-46 overall and immediately installed the right-hander as Detroit’s top prospect. Only 19-years-old and already pitching well at Class-AA level, Perez projects as a mid-rotation arm destined to debut in the majors at a young age.

Rogers ranks eighth among MLB catching prospects. As is the case with many developing receivers, the 22-year-old’s bat lags behind his glove. Having said that, the former third rounder’s offense is showing signs of improvement with High-A Buies Creek this year.

The last name of the third player heading to the Motor City rings familiar with Seattle fans. His father, Mike, was a fan favorite during his four seasons with the Mariners between 2000 and 2003.

Daz possesses the defensive tools to play any outfield position, but continues to evolve at the plate. Just 20-years-old, Cameron slashed .271/.349/.466 with Class-A Quad Cities thanks to a retooled swing.

A package including Seattle’s top prospect Kyle Lewis may have piqued the interest of Tigers general manager Al Avila. The 22-year-old is the only Mariner in the MLB Prospect Watch Top-100.

The Mercer University alum returned to playing center field, but he’s been a designated hitter in over half his games. Moreover, Lewis played the field in three consecutive games just once in August.

Am I suggesting Lewis is damaged goods? Absolutely not. Seattle is merely being cautious with a valued prospect, as they should. Nevertheless, any club acquiring the native Georgian would be assuming some risk.

Assuming Avila accepted Lewis and Neidert, the Mariners would’ve needed to add more. Would any of the players in front of Neidert in Churchill’s rankings make sense?

Number-two prospect Evan White is ineligible for trades until after the World Series because he was selected in this year’s amateur draft. The same applies to pitcher Sam Carlson (5).

By now, every frustrated baseball fan in the Pacific Northwest knows Tyler O’Neill (4) is now playing for the St. Louis Cardinals’ Class-AAA affiliate. Seattle dealt the 22-year-old for starter Marco Gonzales in July.

The Mariners have valuable players in their farm system. But, without overpaying, no combination of their best prospects provides more upside or less risk than Houston’s offer.

Yes, Verlander would make Seattle better. But, his presence alone would mean nothing unless Felix Hernandez and James Paxton return from injury by mid-month. That’s assuming the club doesn’t fall out of contention before then.

Sure, King Felix and Big Maple — or even Hisashi Iwakuma — may triumphantly return to help their teammates make a late surge. How realistic does that seem to you?

Hernandez and Paxton needed multiple starts to get back on step after their last DL stint. Iwakuma hasn’t pitched in the majors since May 3. There won’t be time to shake off the rust this go around.

Rather than squander limited resources for a fleeting shot at the postseason, Dipoto targeted less costly players capable of helping now and in the future. Specifically, Gonzales, Mike Leake, and David Phelps. This approach is reasonable for a club on the fringe of contention.

For the Astros, dealing so much value makes complete sense. The club owns the best record in the American League and is a postseason lock. Getting Verlander is about reaching and winning the World Series, not sneaking in as a wild card.

Perhaps, Seattle will be in a similar position as the Astros in the near future. At that point, unloading a package of high-value prospects will make sense. Unfortunately, for frustrated Mariners fans, now is not the time for such a bold move.