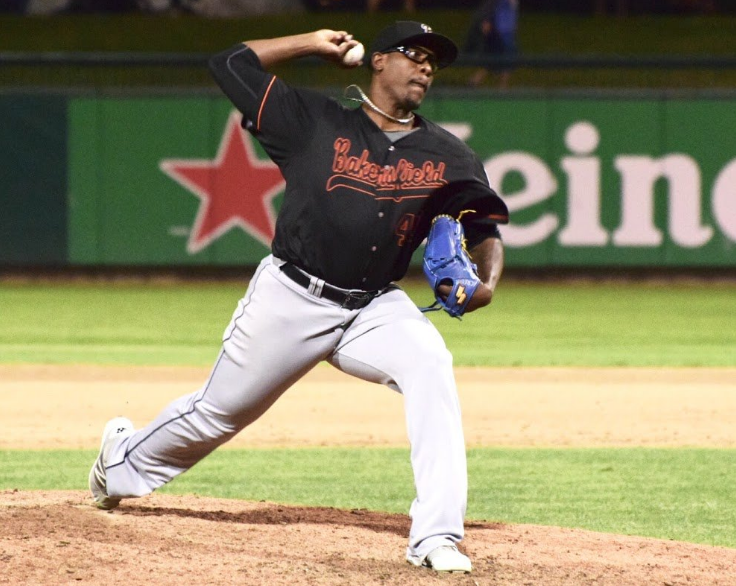 A lot of buzz has developed about right-hander Thyag Vieiera over the past six months or so. Why? Because he throws 100 mph.

Vieira made a few key mechanical adjustments last year which unleashed more velocity and better control. He touched 103 mph in the Arizona Fall League and the buzz began.

Vieiera, however, is NOT Edwin Diaz. They both touch triple digits and throw right-handed, but that’s preeeeetty much where the similarities end. Expecting Vieira to hit the big leagues in June and provide high-leverage relief help in 2017 is expecting too much, despite the fact he’s already a releiver and Diaz started 2016 in the starting rotation.

MORE: Scouting the M’s Bullpen, Stuff, Velocities and All

Thyago, like Diaz, will start 2017 in Double-A. But there are numerous differences between the two arms that suggest Vieiera is not on a similar track to the big leagues.

As you can see above, Vieira has had problems throwing strikes with any consistency. Diaz, even in a starting role, was consistently about average in that area.

Diaz also possessed, at this time last year, a better overall repertoire of pitches, more deception in his delivery and the ability to repeat it with more consistency. He wasn’t perfect, he lacked some polish to start the year when he was still a starter, but he was much closer to the majors than Vieira is now.

Vieiera throws as hard now, perhaps harder, than Diaz after the switch to the bullpen. But his curveball, a low-80s offering, is not major-league quality at this stage.

The 2017 season for the Brazil native will be about efficiency; get ahead consistently, spot the fastball, throw the curveball for called strikes and command it out of the zone with more consistency in order to induce more swing and misses with it.

Vieira may very well be an option for Seattle at some point in 2017, but I wouldnt expect it, and it’d be a remarkable development for him to be available in June or July and used particularly in high-leverage innings.

Pat Venditte is out and Joey Curletta is in.Go!