The case for trading Nelson Cruz 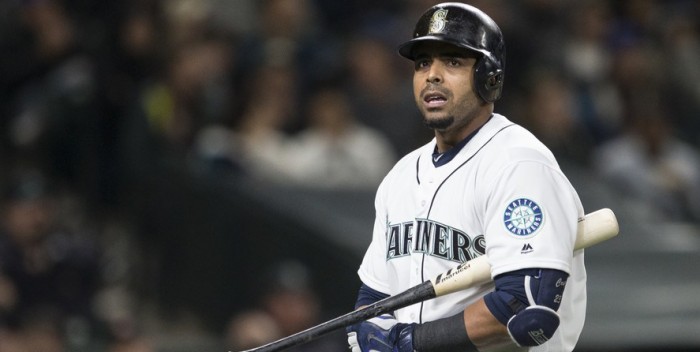 Seattle Mariners management must be ecstatic about the performance of Nelson Cruz since he signed with the ball club prior to the 2015 season. During his first year with the team, “Boomstick” slashed .302/.369/.566 slash, hit 44 home runs and was a Silver Slugger award winner. This season, he is — once again — an offensive force for Seattle.

Cruz’s superb play at the advanced age of 36 presents an interesting dilemma for the Mariners. Should they consider trading the slugger now to maximize his trade value?

Yes, it’s unlikely that the Mariners will deal Cruz during this season, especially if they believe they’re in contention. But, Seattle’s play over the last six weeks certainly leaves the door open to the possibility that club will be a seller prior to August 1 non-waiver trade deadline.

If that’s the case, why not trade Cruz now? Waiting until the offseason is certainly an option. But, his value will never be higher than it is right now. My suggestion of moving the star player now, or even in the offseason, is likely to make some Mariners fans see red. However, there are compelling reasons to deal the star slugger. The first one is his age.

No one can predict when Cruz — or any player over 35 — will deteriorate and lose significant value. The 12-year veteran has proven to be durable in recent years, playing over 150 games in each the last two seasons and he’s on track to do so again. But, it’s inevitable that his skills will begin to erode.

Am I saying that it’s a certainty that Boomstick will see his performance or health will fall of the proverbial cliff during the last two years of his contract? No. it’s possible that he’ll continue to perform, and be available, at a relatively high level. If he did so, he wouldn’t be alone.

Former Mariner Adrian Beltre (age-37) continues to pad his Hall of Fame resume with the Texas Rangers and the performance of Boston Red Sox designated hitter David Ortiz (40) has been phenomenal during his farewell tour. Victor Martinez (37), Carlos Beltran (39), and Jayson Werth (37) are more examples of players defying age with good seasons at the plate.

On the flip side, Matt Holliday, Albert Pujols, and Ryan Howard — all the same age as Cruz — have seen their respective production plummet due to age and/or injury. What if Cruz’s career takes a downward swing like this trio? Wouldn’t it be wise for Dipoto to avoid the risk of a fading Boomstick by dealing him now?

Even if Cruz can stiff-arm Father Time for a few more years, he’s no longer an asset in the field. Of all of the players I’ve mentioned thus far, Beltre is the only one who continues to excel with his glove. The defensive metrics for the remaining players suggests they’re below-average or worse fielders.

The Mariners could opt to make Cruz a full-time designated hitter like Ortiz and Martinez. I’ve advocated such a move in the past to preserve Cruz’s body. But, that brings me to the second reason for moving the four-time all-star. He’s not a good fit on a Jerry Dipoto roster.

Ever since arriving in Seattle, Dipoto has been attempting to improve his club’s outfield defense and create a more athletic, versatile roster. A full-time designated hitter and/or a below-average outfielder doesn’t help the 48-year-old executive achieve those goals. Couldn’t I argue that Dipoto’s philosophy led to the Mark Trumbo trade?

True, Trumbo has yet to prove he can be as consistently productive as Cruz. But, there are similarities in their style of play — both are above average power hitters with limited athleticism and below-average defensive skills. When Dipoto shipped Trumbo to the Baltimore Orioles last offseason, it was the second time he traded the slugger. If I’m right, why wouldn’t he consider dealing Boomstick too?

There are reasons to wait until the offseason to move Cruz. First and foremost, the club may not be convinced that they’re out of contention by the end of the month. Barring a complete meltdown or unforeseen injury setbacks, the Mariners may find themselves tantalizingly on the fringe of contention.

Cruz’s contract presents a few challenges too. He has a limited no-trade clause to eight teams. After this season, the clause expires giving the club more available trade partners. Also, delaying a trade until the offseason avoids the inevitable blow back from fans who haven’t sniffed the postseason since 2001.

On the other hand, Boomstick is set to make $28.5 million during the next two seasons and, as Prospect Insider founder Jason A. Churchill suggested during last week’s Sandmeyer and Churchill podcast, clubs desperate to win now may be willing to absorb the slugger’s salary and assume the risk that he’ll age right before their eyes.

Do I think that the Mariners will move Nelson Cruz during the next two weeks? It’s not very likely. But, they should certainly consider it.

Even if Seattle makes the postseason, I suspect management will consider dismantling the roster and starting anew with players who better fit the Dipoto mold. Moving Cruz when his value is at its highest would be a good first step. There’s certainly a case to do so, even if it upsets fans.

Mariners: Three things for the second half

With the All-Star festivities now in the rear-view mirror, the quest for October baseball will ramp up a couple notches...