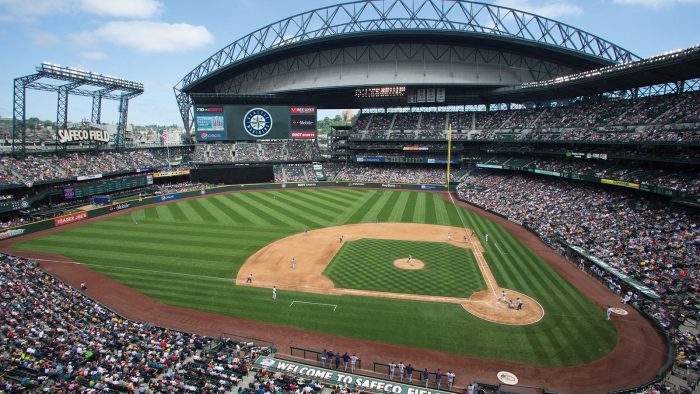 Oh, now the Seattle Mariners are working on changes to Taijuan Walker’s delivery?

I called for it two years ago. I wrote about it again over the weekend. And that’s not to say I predicted anything, because I didn’t. The average fan can see why Walker’s mechanics aren’t optimal.

Walker and Stottlemyre put in a ton of work on the field pregame. Reworking a number of mechanics, lower body, hand position.

This is good news, of course. One question: why now? I’m not suggesting don’t do it now, since it appears it’s the best course of action, despite it being odd timing.

But it’s September. Walker’s been inconsistent for two years with the same mechanical flaws, and implementing these kinds of adjustments is much more difficult at this point, and on this particular stage.

The point here isn’t whether or not the pending changes will work or not, or even the psyche of athletes. The timing is what’s concerning, and not just because the club has an outside chance at breaking their postseason drought.

Why not before the season started? Why not during his stint in Triple-A Tacoma which encompassed the MLB All-Star Break?

It’s only the first year in the organization for manager Scott Servais and Stottlemyre, but this seems like an issue one can identify by watching video from last season. Or the season before. And by ‘one’ I mean darned near anyone around the game of baseball.

Don’t at all believe in Walker’s delivery? Change it in February and early March.

It appears the current field staff and front office, while very aware of how important continued development is for young major leaguers, aren’t about to sit around and let players dictate everything. Player doesn’t want to comply? Off to Tacoma.
So why this approach with Walker? Did the organization believe Walker’s delivery was just fine before the season? At what point did they stop believing? Why make changes now and not six nine months ago? Six months ago? Three months ago? ‘If it aint broke don’t fix it’ doesn’t play here because it’d been broken for more than a year when 2016 began. It’s not like Walker’s velocity is going to disappear — his current delivery proves he has tremendous arm strength; it’s too much about that arm strength.

Walker started the season well, but since the end of April the 24-year-old has been a mixture of mediocre and inconsistent, often looking like a No. 5 starter or an arm that belongs in a relief role. Having a career-worst outing, as Walker did in his last start versus the Los Angeles Angels, can’t be the tipping point. The tipping point should always be ‘when a better way is apparent’ when such irreconcilable performance becomes the norm, which they had. Long before 2016.

At one angle, at least the club sees issues that can be fixed and are attempting to help Walker make those changes. From the other side, the fact Walker and/or the Mariners passed on doing so in Peoria when wins and losses don’t matter is baffling.

Whatever it was — a lack of identifying things that need changing immediately or the perplexing decision to let Walker run with a set of mechanics that even a layperson has been barking about for two seasons — it’s now negatively impacting the Mariners’ chances to reach the postseason for the first time in 15 seasons.