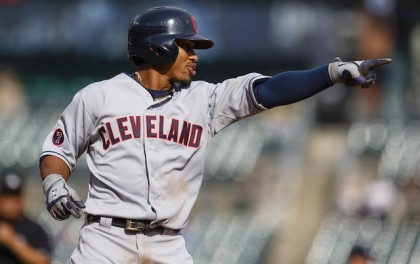 To recap, per MLB’s rules, a player remains a rookie until they exceed 130 plate appearances as a position player, 50 innings pitched as a pitcher, or 45 days on an active 25-man roster — this doesn’t include time spent on the disabled list or when rosters expand in September.

This is why, for example, Chris Taylor wasn’t considered a rookie in 2015 after picking up 136 at-bats in 2014 but Shawn O’Malley will enter the 2016 season with his rookie status intact after just picking up major league at-bat No. 58 this past season.

Kyle’s younger brother Corey Seager does not appear on this list, despite finding himself in the top 20 NL rookies in terms of fWAR last year and being the consensus top prospect in baseball because, with just 98 September at-bats, he’s still a rookie. Toronto Blue Jays ace Marcus Stroman is entering his third major league season despite missing nearly all of 2015 following knee surgery since he surpassed the 50 innings pitched mark back in 2014.

Without further ado, let’s get to those American League sophomores.

Francisco Lindor, SS — Cleveland Indians
If it wasn’t for the following shortstop, Lindor would have easily taken home the 2015 AL Rookie of the Year award. Arguably he should have anyways. He posted an impressive .313/.353/.482 slash line and his 128 wRC+ was second among AL shortstops with 400 plate appearances. The 22-year-old was regarded as an excellent defender and proved in year one that he has the range and arm to stick as a major league shortstop. Lindor’s 12 home runs and stolen bases in 99 games only added to his impressive season.

The power numbers in his first taste of major league action are likely due for regression considering his .482 slugging percentage is far beyond anything he had posted in the minor leagues. Double-digit home runs should be possible on a regular basis though, and if he gains strength over the next few years he easily could profile as a 15 home run, 15 stolen base guy. The elite defense will keep Lindor in the majors, but his offensive output will be worth watching in 2016 as pitchers will have adjusted and some of the power may not be there. Still, he projects as a star, or even a superstar, in the making.

Carlos Correa, SS — Houston Astros
Not often are Alex Rodriguez‘ early years referenced, but the comparison is warranted here for the recipient of the AL Rookie of the Year award. Correa burst on to the scene as a 21-year-old and lead all American league shortstops with his 133 wRC+. Equally impressive was his ascent to the majors. Correa began the year in Double-A, but by the second week of June debuted in the Astros’ lineup. He finished the year with 22 home runs and a 9.4 percent walk rate; both impressive numbers for a rookie and key aspects to the team’s run to the Wild Card game.

There’s conversation that Correa is already the best shortstop in all of baseball. Offensively, that was the case last season but he did find himself fifth among all shortstops in fWAR, though he played in just 99 games. Expectations will deservedly be high for Correa heading into 2016 and there’s evidence that he could be even better. The 133 wRC+ could be topped if he’s able to add a few more home runs and steals while keeping the strikeout rate steady. There’s also some room for improvement on the defensive side of his game, but we are already looking at a franchise cornerstone before his 22nd birthday 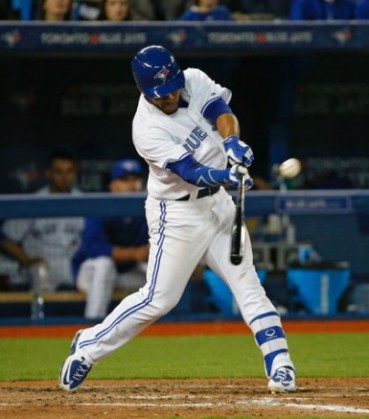 Devon Travis, 2B — Toronto Blue Jays
It was a year of what could have been for Travis. Among AL rookies he was tied for third with 2.3 fWAR but that was accomplished in just 62 games and 238 plate appearances before losing his season to shoulder problems. He accompanied his .304/.361/.498 slash line with eight home runs and solid defence at second base. At 25 he’s still young enough to have some upside beyond being an average hitter at a premium position, and his only appearances at Triple-A came this past season so his ability to hit major league pitching so well last year was impressive.

The power output was a tad unprecedented, but Travis does have a pair of 10 home run seasons in the minors to his credit. Otherwise he profiles as a solid all-around hitter at a premium position. The major question mark though, is health. He still isn’t resumed baseball activities and won’t return for Opening Day but could rejoin the club before summer officially begins. Ultimately health will be what his sophomore season comes down to. He may need some time in the minors to regain strength in his shoulder once he’s healthy, but only Ryan Goins is in his way on the depth chart so he should have every opportunity to contribute to the big league club this season.

Miguel Sano, DH — Minnesota Twins
If a a major leaguer is going to have success with one above average tool, it’s probably going to be with power. And Sano has all kinds of it. The 22-year-old skipped Triple-A on his way to the big leagues after pummeling Double-A pitching for the first two-plus months of the season. In 335 plate appearances with the Twins, the right-hander posted a .269/.385/.530 slash line with 18 home runs — good for second-most among AL rookies. He was error-free in 82 innings played in the field, but it’s expected that he will primarily DH for the bulk of his career.

There’s always significant risk with a true outcome player — a term given to one who is likeliest to strikeout, walk, or hit a home run (the three true outcomes for a hitter) in each plate appearance — and Sano is no different. His 35.5 percent strikeout rate — a good five percent higher than his worst minor league rate — was accompanied by a 15.8 percent walk rate. Since he won’t be providing any value on the field or base paths, cutting down the strikeouts even by a few percent could be a big deal. Sano isn’t the type of player you build an organization around, but Adam Dunn and others have proven that this type of skill set can be valuable for a major league team. There’s a lot of risk here, but we’ve seen how much teams covet right-handed power.

Ketel Marte, SS — Seattle Mariners
Potentially the forgotten man in an impressive class of rookie shortstops, Marte was late to the party compared to his counterparts as didn’t debut until July 31. In just 247 plate appearances, the 22-year-old ranked third among AL shortstops with his 112 wRC+ and sixth with his 1.7 fWAR. Marte’s .283/.351/.402 slash line provided a spark to the top of the Mariners’ order and was a bright spot in a mostly disappointing season for the club. Given his speed and contact skills, the switch-hitter should be able to maintain an above-average BABIP and hit at the top of the order.

There’s still debate as to whether he’d be better suited at second base or center field, but he has made strides at short and in the meantime will stick there. Long-term it’s unlikely to be his best fit though. Brad Miller was dealt over the offseason so Marte will have a reasonably long leash at short in his sophomore year. He did manage to improve his plate discipline in 2015 posting an impressive 9.7 percent walk rate but keeping that up will be a little tougher now that the league has gotten to know him some. There’s a good chance the stolen bases will increase as well under a management team that appears to be encouraging it more. Overall, Seattle could be looking at a solid if unspectacular all around sophomore season from Marte. 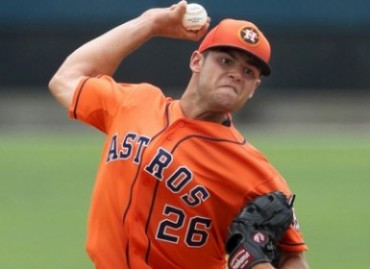 Lance McCullers, SP — Houston Astros
The former first-round pick found himself in the big league rotation due to injuries despite only 32 innings at Double-A but didn’t look all that much out of place. He made 22 starts for the surprising Houston Astros and in 125 an 2/3 innings pitched posted a 3.26 FIP. McCullers’ 9.24 strikeouts per nine innings was second among AL rookie starters to teammate and fellow sophomore Vincent Velasquez. The 22-year-old’s 2.8 fWAR handily topped AL rookie starters as well.

McCullers has an excellent fastball that sits in the mid-90’s and an above average breaking ball. He’ll need to further develop his changeup in order to have three major league-caliber offerings that can be mixed, but give him the benefit of the doubt since he probably entered 2015 with another year or two of time in the minors allotted to do so. McCullers is coming off a professional career high for innings pitched and could find himself limited to the 150-range. He’ll have some adjustments to make as the league adjusts to him and I’d expect a few struggles as the changeup development continues, but he has a solid rookie season to build upon and should be fine in 2016.

Carlos Rodon, SP — Chicago White Sox
It’s rare for any player, even for a No. 3 overall pick, to debut in the big leagues after just 34 and 2/3 innings in the minors. But Rodon and his electric slider debuted in late April and went on to produce a 3.87 FIP across 23 starts and 139 and 1/3 innings pitched. The 23-year-old posted a strikeout rate of 8.98 per nine innings but struggled throughout the year with the free pass at a rate of 4.59 per nine.

Obviously the big thing going forward will be reducing the walk rate, but the raw tools are all there — including an improving changeup. As many young pitchers are susceptible to, Rodon had rough patches throughout the season where he was knocked around. The walks came down in August and September last year and the left-hander’s results improved ERA-wise, but his FIP disagreed with what we were seeing. The key to sophomore success will be continuing to develop consistency. At times Rodon’s lack of seasoning was telling in 2015, but with a full year under his belt, 2016 should be a step forward for the rising star.