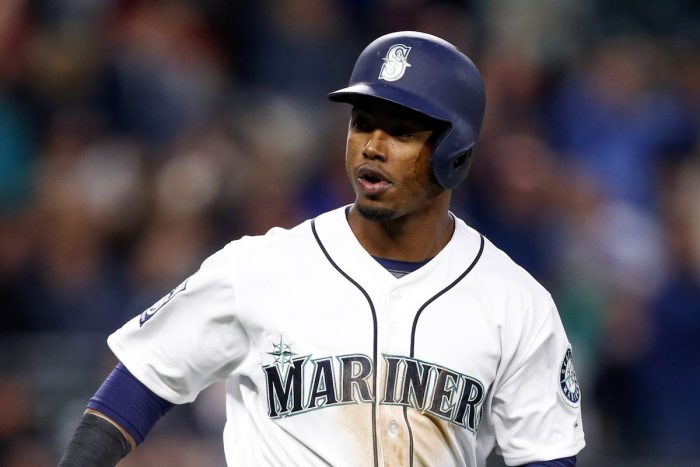 In a move that seemingly came out of nowhere, the Seattle Mariners announced today they’ve signed shortstop Jean Segura to a 5-year contract extension with a club option for a sixth season. Multiple outlets are reporting compensation at $70 million for the initial phase and $17 million for the option year.

The deal marks the first significant contract brokered by the Mariners since Jerry Dipoto became general manager in September 2015 and is certain to energize the club’s fan base. With that said, there will be doubters leery of committing so many years and dollars to a player with a limited track record of success.

The cautious fan will suggest waiting longer to see if Segura is the real deal before making a long and expensive commitment. Such concerns are understandable considering Segura’s career numbers aren’t overwhelming.

If everything had remained status quo with Segura, I’d agree with the skeptics. But, much has changed since 2015.

Segura enlisted the help of Robinson Cano and others to make adjustments to his batting stance and his approach at the plate prior to the 2016 season. The results from these changes are so profound I’m convinced the Mariners made the right choice and paid the right price for their shortstop.

Last season, Segura led the NL in hits as a member of the Arizona Diamondbacks and was leading the AL in batting average this year before being sidelined with a high ankle sprain. The right-handed hitter has produced a .324/.373/.491 and 24 home runs in nearly 892 plate appearances since Opening Day 2016.

Still, one could argue the Mariners should’ve waited until offseason to strike a deal. By being more patient, the club could gather more proof to validate their belief in Segura before pulling the trigger. That’s true, but delays would only lead to a higher price tag.

Zack Cozart of the Cincinnati Reds is having a monster season and slated to be a free agent at season’s end. Assuming he inks a big contract, retaining Segura would only become more expensive and possibly less likely. Seeing Cozart get a high-dollar deal would lead Segura to up his asking price and possibly lead him to test the free agent market.

As for the actual financial obligation the Mariners made to Segura, his salary is reasonable based on the current market. Assuming reports are accurate, his total deal will be $87 million, which translates to an average annual value (AAV) of $14.5 million. That’s equitable considering the top deals currently in place for shortstops.

If you’re wondering why the top young shortstops in the game aren’t listed above, there’s a simple explanation. Most of the them — Corey Seager, Carlos Correa, Francisco Lindor, Trevor Story Addison Russell — haven’t reached arbitration eligibility and are making close to the league minimum.

A segment of fans may view the Segura extension as a signal the club doesn’t intend to blow up the roster and go into full rebuild. That’s probably true. If the Mariners were to hold a fire sale, their shortstop would be one of their most valuable trade chips at this year’s trade deadline or in the offseason.

The fact Seattle is leaning forward and planning to compete shouldn’t come as a surprise. Club management has never suggested 2017 was a win or bust season.

Besides, payroll structure doesn’t lend itself to full breakdown of the roster. To see what I mean, here’s a view of the club’s guaranteed contract commitments through the next four seasons.

The contracts of Felix Hernandez and Cano are essentially unmovable and the same may apply to Kyle Seager. The only way the Mariners could recoup any value for these players would be eating a significant portion of their respective contracts. That’s an unlikely scenario and the main reason I don’t see a massive rebuild in Seattle’s near-term future.

Don’t fret Mariners fans, there’s still an opportunity for a positive outcome. Dipoto should have the payroll flexibility to build a contender.

As the preceding table illustrates, several expensive players — Hisashi Iwakuma and Yovani Gallardo — could come off the books as early this November and the contract of Nelson Cruz expires after next season.

These departures should permit the Mariners to keep competing, although it may require the club parting with some arbitration eligible players to manage cost.

For those concerned about the length of Segura’s deal and the possibility his shortstop skills will erode, the Mariners could slide him over to second base. He spent all of last season at the position for the Diamondbacks.

What about Robinson Cano you ask? By the fifth year of Segura’s deal, Cano will be age-38. As I’ve suggested before, an eventual move to first base seems logical.

Considering the Mariners haven’t had a productive hitter at the shortstop position since Alex Rodriguez left the team after the 2000 season, retaining Segura makes perfect sense. He’s become part of the Mariners’ core and is now under team control for at least five seasons.

Sure, there are risks with the extension. But, that’s the case with any long-term deal. Bypassing the opportunity to keep an elite-level hitter as Jean Segura is the kind of mistake previous Mariners regimes were notorious for making.

That’s not the case with Seattle’s current leadership. This should excite Mariners fans.