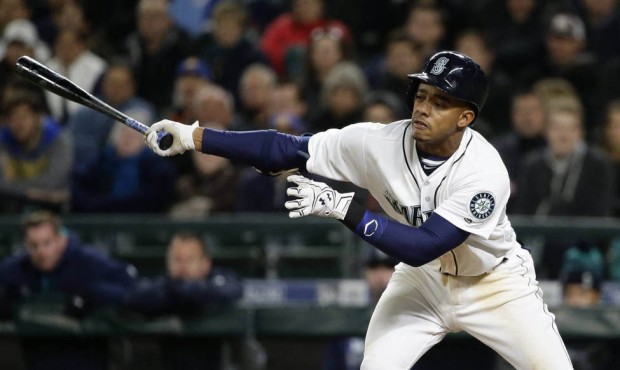 A little over a week ago, the Seattle Mariners started their 2016 regular season in dramatic fashion by taking two out of three games from the Texas Rangers in an intense series that saw a former Mariner plunking a new one and late-inning scoring surges that spearheaded Seattle to victory on consecutive days.

While in Arlington, the Mariners treated their fans to a fireworks show. Robinson Cano hit four home runs, the team averaged seven runs-per-game, and rookie manager Scott Servais showed some competitive fire by getting into a heated exchange with his Rangers counterpart, Jeff Banister. The Mariners 2016 season was off to a thrilling start.

By the time the Mariners returned to the Emerald City for their home opener against the Oakland Athletics last Friday evening, the energy was soaring at Safeco Field. As with each Opening Day, fans cheered the red carpet introduction of Mariners players and the late Dave Niehaus’ voice echoed over the public address system as he “Welcomed back baseball.” Hearing Dave voice is always leads to an emotional moment in my household.

As icing on the cake, Hall of Famer inductee Ken Griffey Jr. threw out the ceremonial first pitch to Felix Hernandez — who may one day join “Junior” in Cooperstown. Needless to say, the crowd of 47,065  was in a frenzy and ready for baseball. Then, the game started and the mood abruptly took a nose dive.

Unfortunately for the Mariners and their long-suffering fans, the team lost 3-2 to the Athletics that night on a late home run by Chris Coghlan off new closer Steve Cishek. Seattle would go on to lose five consecutive games before eking out an extra inning, walk-off win against the Rangers in front of a sparse crowd of 15,075 yesterday. A lot had changed for the Mariners within the span of a week.

After their initial success in Texas, the Mariners now head out of town with a 3-6 win-loss record and an anemic offense. Ineffective run production is nothing new to Seattle fans. This version is batting just .181 against left-handed pitching.

So, as the ball club heads to New York to start a road trip, they leave behind a wary fan base; many of whom believe that they’re facing yet another disappointing season with the “same old Mariners.” Is that actually true though?

Honestly, it’s too early to tell how well Seattle will do this season. However, I’m certain that — barring significant injuries — their offense will improve, especially versus southpaws. Why am I so sure?

Before I explain my rationale, let’s look at just how bad Seattle has been against left-handed pitching. A quick review of their standing among American League (AL) teams at the conclusion of yesterday’s games illustrates their ineptitude.

I’m sure that seeing that their team ranks at the very bottom of the AL in batting average versus left-handed pitching may have just sent some readers over the edge. Their on-base percentage (OBP) and slugging percentage (SLG) isn’t much better. But, hold on demoralized Mariners fan. I see a glimmer of hope going forward.

No, my sense of optimism isn’t a byproduct of Washington’s legalization of marijuana. There’s a few reasons for Mariners fans to have hope. First, their team has had a disproportionate amount of plate appearance against southpaws during the the first two weeks of the season. Take a look.

Before play began today, the Mariners easily led the AL in plate appearances against southpaws. But, look a little closer. The club has actually faced more lefties than the Boston Red Sox, Houston Astros, Chicago White Sox, Kansas City Royals, and Tampa Bay Rays combined. This imbalance is bound to even out during the upcoming weeks.

Consider this for a moment. Over the past five seasons, major league hitters have faced southpaws during 28-percent of their plate appearances. Seattle currently sits at nearly 50-percent. That will change for the better, as will the team’s win-loss percentage.

Okay, so the Mariners have faced a disproportionate amount of southpaws and it’s certain to drop to a more league-average level. But, that’s not the reason that they’re struggling so mightily, right? Of course not.

Take a look at the Mariners’ individual player production, versus left-handed pitching, and you’ll quickly see who are prime culprits behind their southpaw woes. At the same time, fans can find reasons for optimism — assuming they’re willing to be patient.

Although left-handed hitters normally struggle against southpaws, Cano and Kyle Seager are capable of doing far better than they’ve fared against lefties during the beginning of this season. The same is true about right-handed hitters Nelson Cruz and Franklin Gutierrez.

Think about it for a moment, the Mariners’ four best best hitters from 2015 are batting a combined .147 against lefties. All of these players are proven commodities who — if healthy — certain to improve tremendously from their slow start as the season progresses.

Facing so many southpaws has influenced the starting lineup. Historically strong hitters, like Seth Smith and Adam Lind, have been kept on the bench more often than desired.

Once the lefty/righty proportions level out, Lind will become a regular fixture in the Mariners lineup and more productive at the plate. To date, he’s started five of his team’s nine games, which is 55-percent of the team’s games. Barring injury, he’s likely to start at least three-quarters of the club’s games in 2016.

Another key contributor to the Mariners current lineup hasn’t been kept out of the lineup by the presence of southpaws, but he’s struggled against them — starting shortstop Ketel Marte.

The switch hitting Marte hasn’t enjoyed much success from the right side of the plate thus far. It’s not uncommon for switch hitters to stumble out of the gate from one side of the plate. After all, they have to hone two separate swings with a limited number of Spring Training plate appearances.

During Cactus League play, Marte had just 15 plate appearances against lefties compared to the 40 times he faced a righty. I can’t predict how much the 22-year-old will improve once he gets his groove versus southpaws. But, I’m certain he’s better than the .063/.158/.063 triple-slash he’s registered during his 19 regular season plate appearances.

Granted, the Mariners offense needs to hit better, regardless of handedness. Facing left-handed pitching 45-percent of the time hasn’t deterred the Detroit Tigers from feasting at the plate.

Still, the Mariners don’t have to be an offensive juggernaut — like the Tigers — to compete in the AL West division. Their veterans just need to perform at career norms. Fortunately for Seattle, there’s 153 games remaining in the regular season. Let that number sink in for a moment.

That’s right, the club has played just six-percent of its games and some long-suffering fans have already jumped off the bandwagon and into the “same old Mariners” camp. I get it. The club has the longest postseason drought in major league baseball. It’s tough to maintain a persistent stare at the club’s substandard performance.

Personally, I don’t believe that the Mariners are that “same old” team. New general manager Jerry Dipoto has built the deepest, most talented roster that seen in Seattle since I moved to the Pacific Northwest in 2009.

Entering the season,I thought that the Mariners would have a winning record. Nothing that I’ve seen thus far has changed my opinion. If I’m wrong and the Mariners can’t reach the fringe of contention, it’s more likely that injuries or the bullpen will be the root cause; not struggles at the plate.

Hopefully for their own sake, disillusioned Mariners fans will give their team a fair shake before abandoning ship on a potentially promising season. One of these years, they won’t be the “same old Mariners” and it’d be a shame to miss the start of something special due to previous disappointments.