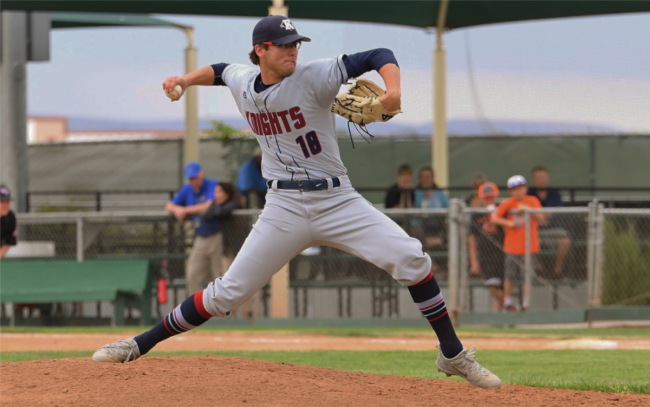 The Seattle Mariners ended 2017 with the worst farm system in Major League Baseball. They started 2018 the same way.

While they’re still rank at or near the bottom of the league in organizational talent, the club’s collection is growing.

Since the 2017 MLB Draft, the Mariners have acquired Evan White, Sam Carlson, Julio Rodriguez, Juan Querecuto, Noelvi Marte and Logan Gilbert, among others. It’s not what I’d call flipping the farm system on end, but for a little over a year it’s a solid set of additions that gives the club some foundation to start truly rebuilding the system.

The lone significant departure in the last 13 months is Tyler O’Neill, who was traded for the American League’s 12th-best starting pitcher this season, left-hander Marco Gonzales.

Here’s the Top 40, which includes a handful of international signings from the classes of 2017 and 2018, as well as draftees from both classes.

NOTE: Prospects are evaluated and ranked on upside, risk & probability, future role and performance. Many will wonder why a hitter in Double-A that’s batting .310 with a .400 OBP is ranked so low when players with significantly lesser production are ranked higher. There could be several reasons for that, but a good place to start is age vs. level, then perhaps positional value and projection. If the .310/.400 bat is 26, hits for no power and has no real position on the field, perhaps his ceiling is severely limited. Just saying.

Some roles just aren’t that valuable. I’d rather a 3% chance at an everyday position player or mid-rotation starting pitcher, for example, than a 60% chance of a middle reliever, which is why you’ll see many others ranking many of the Mariners’ relievers in Double-A and Advanced-A a lot higher than I do.

Unless it’s a potential closer — which means a high-leverage, Alex Colome–Edwin Diaz role is apparent at present — it’s a middle reliever profile. That’s literally Nick Vincent. That’s literally Chasen Bradford. Which is literally talent clubs can get for nearly free every year. Vincent cost almost nothing (cash) to acquire a few years ago. Bradford cost literally nothing beyond his minimum salary prior to this season.

Give me another lottery ticket, instead, thank you.

2018-07-10
Previous Post: My 5 Favorite Dipoto Moves, Why Marco Has Been a Success & Trade Stuff
Next Post: Seattle Mariners 25-Man Roster by Club Control