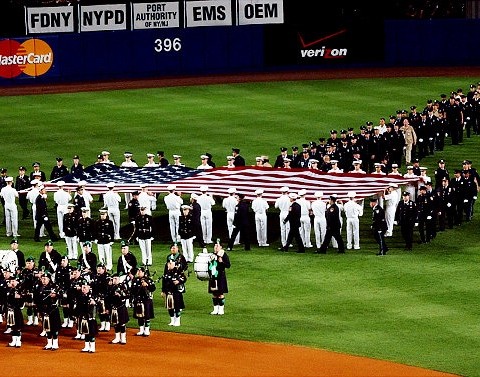 Yesterday was an emotional day in my house. My wonderful wife – a lifelong Seattle Mariners fan – was so ecstatic over the selection of Ken Griffey Jr. into the baseball Hall of Fame. I was so happy for her, my father-in-law, and all of my Seattle friends who’ve rooted for the Mariners and “Junior” throughout the good and mostly bad years of the club’s existence.

Living with a passionate Mariners fan for the last five years has given me a deeper appreciation for “Junior” and his impact on the Emerald City. How passionate is she? I’m talking about a person who can actually recite – verbatim – Dave Niehaus’ call of Edgar Martinez’s famous double that scored Griffey and propelled the Mariners over the New York Yankees and into the 1995 American League Championship Series. How couldn’t I gain some perspective from a person so devoted?

Before yesterday’s announcement, the inclusion of Griffey into the Hall was a foregone conclusion. He’s loved and respected in the Pacific Northwest and throughout the country. His career was a never-ending highlight reel of heart-stopping plays that amazed both the casual observer and die-hard baseball fan. On top of that, he amassed the numbers to support his induction. There’s no doubt that Junior was an all-time great. The only drama going into yesterday was whether he’d earn unanimous selection. He didn’t reach that milestone, but he did tally the highest vote percentage ever.

Conversely, his fellow inductee – Mike Piazza – waited four years before receiving the good news that he had finally made it into the Hall. His road to Cooperstown was a bit bumpier due to unsubstantiated performance enhancing drug whispers and his reputation for being a below-average defensive catcher. Nevertheless, he merited selection. Since becoming a baseball writer, I’ve distanced myself from rooting for teams, but I couldn’t help but feel a twinge of emotion over Piazza’s selection. My feelings about Piazza were far different than what my wife was feeling for Junior because of an emotionally draining baseball game that occurred late in September 2001.

You see, I’m a born and raised New Yorker who left the Big Apple behind to join the Navy. Other than family and friends, the exploits of New York’s sports teams – especially the Mets – were my lifeline to home when I served, regardless of where I was in the world.

Through the years, I’ve maintained a very close relationship with several high school friends, who mostly joined New York City’s police or fire department after I left home. We grew up in the same town, were groomsmen in each others weddings, and traveled all over the country to watch sporting events together. To put it simply, we remain tight after all these years. That’s where a horrible Tuesday in September 2001 comes into the picture.

Like everyone else reading this, my life was given a tremendous, terrible jolt on September 11, 2001. Fortunately, my memories – although emotional – don’t involve the loss of a family member, friend, or colleague. Too many New Yorkers weren’t as lucky as me and still bear the pain from that fateful day.

We all have a 9/11 story and mine isn’t very exciting or special. I played an extremely minor role in getting fighter aircraft and Sailors deployed to a couple of aircraft carriers so we could defend the homeland, including my hometown. At the same time, I feared for my many friends and family in the New York metropolitan area. Like you, I had to come to grips with the tragedy thrust upon my hometown, western Pennsylvania, and the Pentagon while trying to function as a human being.

The days and weeks following 9/11 were just a blur, although there are several moments that will stick with me forever. I remember getting home that fateful night and finally letting myself watch the news. Obviously, I knew what had transpired. But, I had been in a compartmentalization mode so that I could function and do my job. People were counting on me just like I was counting on them. So, I didn’t fully grasp the human tragedy that was unfolding until I sat on that recliner in my living room. I found myself sitting there with tears rolling down my face as I heard the estimated number of NYPD and FDNY who were missing or presumed dead. The worst part for me was not knowing whether my dearest friends were dead or alive.

Luckily, they were all okay, although it took days to contact them because they were all so busy helping strangers and searching for their fellow first responders. Another lasting memory involves the morning that I drove to work and heard Lee Greenwood’s “God Bless the USA” on the radio. I don’t know why, but I suddenly felt like I had my “mojo” back. That’s the moment that my self doubt and fear turned to unwavering resolve.

Somehow, all of us pulled ourselves together and tried to go back to living our lives as President Bush had suggested. Naturally, that was easier than said than done. The mourning and the pain we felt went so very deep and profound. We were all heartbroken. But, we Americans are resilient and nothing was going to keep us down – even an attack on our home turf.

One element of the getting back to our lives involved things that helped distract us. It didn’t matter if it was David Letterman helping us laugh again or watching sports from around the country where so many gestures of patriotism and unity were taking place. None of these things would undo our national pain or help the families of victims get their loved ones back. But, we all needed an outlet so that we could feel normal for a little while.

For many New Yorkers –including me – the first healing distraction was the first major sporting event in New York City after 9/11, which happened to be a baseball game between the Mets and the Atlanta Braves at Shea Stadium.

In the days following the fall of the Twin Towers, Shea was used a staging area for relief workers. Now, the old ballpark in Flushing was going to be site of a different form or relief – a simple baseball game. Despite their fears and grief, over 41,000 fans decided to show up at Shea and root for the home team.

At the time, I lived in southeastern Virginia and normally couldn’t catch a Mets game on TV, unless it was aired nationally. On this particular night, the Mets were on TBS – the flagship station of the Braves. I have to admit that I never liked listening to the Atlanta broadcasters because I felt that they tended to be quite “homerish” when calling a game. This night, I didn’t care. I just wanted to see the special event that was going on in New York.

It was such an emotional night. Both players and fans were in tears during the singing of our national anthem – I remember the camera staying focused on Piazza as he struggled to contain his emotions. The Mets had foregone their normal ball caps to honor first responders by wearing hats with emblems from groups such as the NYPD, FDNY, Port Authority police, and other emergency services. The sight of heated rivals Bobby Valentine and Bobby Cox embracing prior to the game was surreal. It was such an emotionally wrought night for everyone involved, but it needed to happen. New York needed this and so did I.

To be honest, I don’t remember a lot of details from the game. I recall a sea of American flags and banners of support in the stands, plus Liza Minnelli sang “New York, New York” during the seventh inning stretch. Another lasting memory were the sound of bagpipes that echoed at the ballpark. In the weeks and months that followed 9/11, there were so many first responder funerals that had bagpipes at them. To this day, I still get emotional when I hear bagpipes, even when it’s at a happy occasion like a wedding.

Everything else is a blur, with the exception of Piazza’s encounter with Braves pitcher Steve Karsay – a Queens native who grew up a few miles from Shea Stadium. The Mets were losing 2-1 in the bottom of the eighth when Piazza crushed a Karsay pitch for a two-run homer that gave both the Mets and New York City the lead. The place went absolutely nuts, so did I. The last time I went so crazy about a play at Shea Stadium, a ground ball had just skipped under Billy Buckner’s legs in 1986. For those of you who haven’t seen the home run, you can see it it here.

I remember one of those “homer” TBS announcers – the late Skip Caray I believe– say something to the effect that New York deserved to win this game. Everyone was a New Yorker that night. The Mets did go onto win and so did the city. That’s when Mike Piazza became a Hall of Famer in my heart and mind.

Although he hit 427 home runs and holds the record for the most four baggers by a catcher, none were as meaningful as to me as that shot Piazza hit over the left-center field wall at Shea on September 21, 2001. Although it was just one moment in a meaningless game, Piazza embodied New York’s strength and resilience when both the city and I needed to be nudged back to some semblance of normalcy.

Like Griffey, Piazza compiled a highlight reel of plays that inspired teammates and thrilled fans. Certainly, Junior’s reel is longer and flashier than Piazza’s– that’s why he was a “slam dunk” selection yesterday. But, I doubt that any player can boast a moment as dramatic as Piazza’s game winning homer on that emotional Friday night in 2001. In the box score, his shot shows up as just another home run. But, it helped rejuvenate the city and me. Truly a Cooperstown moment from a true Hall of Famer.

Building a roster for Safeco

From the moment Jerry Dipoto became general manager of the Seattle Mariners, he’s emphasized the need to build a roster...