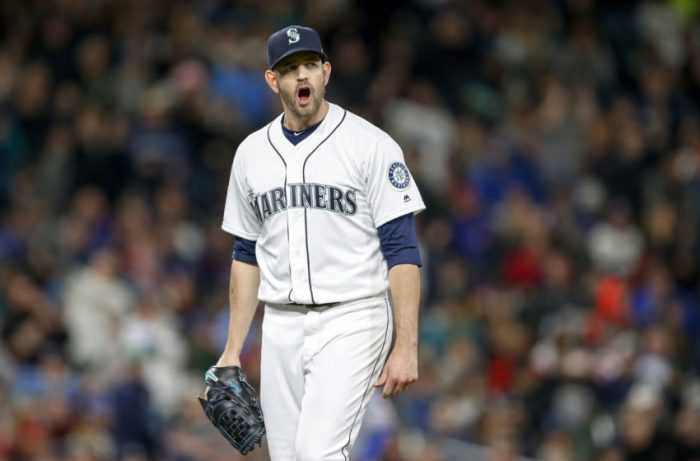 By shipping James Paxton to the New York Yankees today, the Seattle Mariners signaled they don’t intend on being competitive next year. Essentially, the Mariners chose to retreat and it was absolutely the right move for an organization in the midst of a 17-year postseason drought.

Before considering the Paxton deal from the Mariners’ perspective, we should spend a moment reflecting on the pitcher heading to the Big Apple.

Two years ago, Prospect Insider discussed Paxton after his first 50 MLB starts. At the time, we noted the Canadian’s career was off to a slow start, but his numbers hinted at potential greatness. Since then, he’s been living up to that promise.

Over the last two years, Paxton has been top-10 among AL starters with 250-plus innings in numerous categories – ERA, ERA+, FIP, walk and strikeout rates, and WAR. Moreover, “Big Maple” threw a no-hitter this year and was beginning to appear in the Mariners’ record book.

Paxton leaves Seattle tied with Hall of Famer Randy Johnson and former teammate Hisashi Iwakuma for the second best ERA (3.42) among Mariner starters with 500-plus innings – only Félix Hernández (3.34) has been better. Furthermore, the former Kentucky Wildcat’s strikeout rate (25.7%) ranks second to the Big Unit’s 28%.

Undoubtedly, Paxton’s departure saddens Mariners fans – that’s understandable. Not only is he immensely talented, the 30-year-old is likeable and reportedly a positive clubhouse influence. Still, moving the southpaw was inevitable and something general manager Jerry Dipoto had to do. Otherwise, he’d be committing roster malpractice.

The Mariners won 89 games last season, but finished well out of contention and wasn’t positioned to be a serious threat heading into next year – even if some fans felt otherwise. The bloated and probably untradeable contracts of Hernández ($27.9 million), Robinson Canó ($24 million), and Kyle Seager ($18.5 million) were going to hamstring Dipoto’s attempts to upgrade his aging roster.

It’s plausible the Mariners won’t mount a serious challenge for a division title until at least 2021. Ironically, that year would mark the twentieth anniversary of the team’s last postseason appearance. Also, Paxton would be 32-years-old and a pending free agent.

Some may suggest the Mariners could simply spend their way into relevance next year. Perhaps, but history suggests this organization wasn’t going to overextend its budget to be a fringe contender. Taking a step back and looking beyond 2019 was the only realistic course of action for Dipoto and his staff.

Undoubtedly, Sheffield is the centerpiece of the deal for Seattle. According to MLB Prospect Watch, he’s the thirty-first best prospect in baseball. That makes the 22-year-old, who currently projects as a number-3 starter, the only top-100 prospect in the Mariners’ system.

Currently, Swanson appears to be a back-of-the-rotation type. The majority of the 25-year-old’s playing time came with Class-AA Trenton and Class-AAA Scranton/Wilkes-Barre last season. In 122.1 innings, he had a 2.82 ERA with an impressive 10.3 SO/9 rate.

Both Sheffield and Swanson could conceivably contribute to the big league club this coming season, while Thompson-Williams is a few years away from MLB action.

Thompson-Williams slashed .299/.363/.546 with 22 home runs this year, while splitting time between Class-A and High-A. It’s too early to tell whether the left-handed hitter with plus-speed can continue his success at higher levels. For now, the 23-year-old looks like a fourth outfielder, although he could change minds by continuing to hit.

Today’s trade wasn’t a franchise-changing move, but the Mariners’ system gained something it didn’t have yesterday. Two starting pitchers with a chance of contributing by the end of next season and certainly by 2020. Where Dipoto goes from here will be a Hot Stove mystery Mariners fans will be debating until he pulls the trigger again.

Does Dipoto continue tearing down his roster by moving high-profile players, such as Edwin Díaz and Mitch Haniger? On the other hand, does he take a more conservative approach towards building a competitive team within a few years?

If I had a vote, I’d opt to move Díaz and Haniger.

Both players are keys to the club’s current success and exceptional performers, but there are reasons to move past the pair. Díaz just had a historically good season he may never be able to repeat – he’ll never be more valuable on the trade market than he is now.

Meanwhile, Haniger will be entering his age-30 season in 2021 with just two years of club control remaining. Depending on the duration of the Mariners’ rebuild, the All-Star outfielder may be a pending free agent by the time Seattle is relevant again.

Regardless of whether Dipoto opts to blow up his roster or employ a slow-burn rebuild, one thing is certain. It’s going to be a fun offseason in the Emerald City.

At least that’s how I see it.