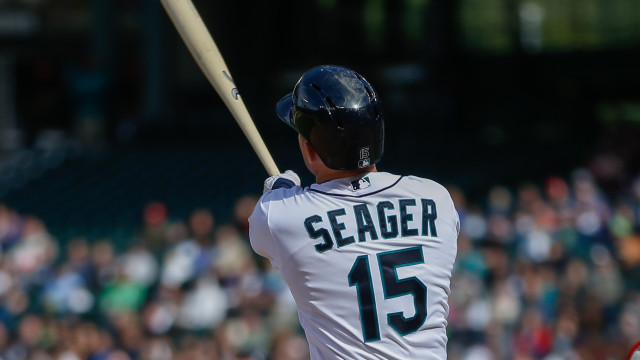 At the halfway point of the 2016 season, the rotation of the Seattle Mariners was in disarray and their bullpen ineffective. It looked as if the Seattle’s season was quickly slipping away, especially after going 10-18 during the month of June.

So, how did the Mariners reverse course? Can they continue to build off their recent success and finally snap the longest current postseason drought in major league baseball? What role did manager Scott Servais play in the team’s rebound?

We’ll get to all that in the Third Quarter Report Series, starting with the AL West standings and trends. Plus, a look at the club’s ability to generate offense.

Standings and Trends
During the mid-season report, we suggested the American League (AL) West division standings would tighten and that’s exactly what’s happened. Here are the AL West standings as of today.

While the Mariners deserve credit for their torrid August, the primary reason they’ve been able to climb back into the AL West race is the mediocre play of the teams in front of them in the standings. During July, Seattle gained two games on the division leading Texas Rangers and lost just half a game to the Houston Astros despite posting a 12-12 win-loss record.

The following table illustrates how AL West teams have fared since the start of the third quarter of the season on July 3.

For the Rangers, their success down the homestretch will be heavily dependent on run prevention. The club knows how to score runs, but has a -40 run differential since July 3.

What’s the specific problem? Their rotation.

Since losing starters Derek Holland and Colby Lewis to injury in late June, Texas has been unable to find suitable substitutes. As you’d expect, Yu Darvish and Cole Hamels have performed well. But, the rest of the staff entered this week with a combined earned run average (ERA) since the all-star break.

There is hope for the Rangers though.

Holland could be back as early as the end of this week, while Lewis may return to the rotation by the end of this month or early September. Without these two hurlers, or adequate substitutes, the club’s hold on the AL West division lead will be tenuous.

The challenge facing the Rangers’ cross-state divisional rivals is exactly the opposite. The Houston Astros remain relevant thanks to their pitching, while being hamstrung by run production.

I know. Houston’s 160 runs scored since July 3 is second best in the division. But, a closer look at their record reveals they’ve scored two or fewer runs in 18 of those games — nearly half of their third quarter.

Thanks to their strong pitching, the Astros managed to win four of those lose scoring games. However, the offense will have to be more robust for the club to remain in contention.

While Houston has a superb young core of Jose Altuve, Carlos Correa, and George Springer, only one other regular — Luis Valbuena — has an on-base percentage (OBP) above league-average and he’s on the disabled list (DL). It’s tough to generate offense without men on base.

Like the Mariners, Houston was relatively inactive at the August 1 trade deadline. Unless general manager Jeff Luhnow makes external additions prior to August 31, his club’s best hope for an offensive upgrade will come from within — heralded prospect Alex Bregman and Cuban free agent Yulieski Gurriel.

Bregman has scuffled since his major league debut on July 25 and Gurriel’s major league debut is being delays because he needs more seasoning in the minors that expected. If both players can find their mojo in the near-term, the Astros immediately become a far more formidable opponent for the Rangers and Mariners during the last 4o games of the season.

Assuming no club makes a significant addition to their respective roster, the Rangers continue to be the class of the AL West division. But, their banged up rotation leaves them vulnerable to a club capable of seizing the moment.

With that in mind, let’s turn our attention to the Mariners and their run production.

Offense
As Prospect Insider Jason A. Churchill noted during the Reign Man Edition of the Sandmeyer and Churchill podcast, it doesn’t really matter how the Mariners scores runs as long as they continue to do so. The club entered the week averaging 4.66 runs scored-per-game — sixth best in the AL.

While Jason is spot-on with his assessment, several notable Mariners are struggling at plate. Let’s look at some of the hitter who were struggling as this week began.

The first base platoon of Adam Lind and Dae-ho Lee hasn’t been as productive in month. Despite the early season surge of Lee during limited appearances and Lind’s late-inning heroics, the duo is batting a combined .207 since July 1.

Lind is slashing .268/.333/.439 with two home runs during the small sample size known as August. Perhaps, he’s on the brink of turning around the worst season of his 11-year career.

Two DL stints have reduced the availability of shortstop Ketel Marte. But, his struggles at the plate appear to have more to do with an expanding strike zone than injury or illness.

The challenge for Mariners management during the last six weeks of the season will be balancing their young shortstop’s professional development with their postseason aspirations, especially with no clear-cut upgrade available on the 40-man roster.

Another scuffling regular is center fielder Leonys Martin. Coming into this week, he had a  .223/.279/.325 triple-slash since returning from the DL on June 6. Martin does provide value even when isn’t hitting though. He’s still the best defender they’ve had in center field since Franklin Gutierrez.

Speaking of Guti, he’s been particularly strong against left-handed pitching. But, the 33-year-old tailed off in July with a .189/.318/.297 slash and one home run during 44 plate appearances in July. Fortunately, it appears that he’s returning to form in August.

It’s worth noting that Gutierrez has played in 73 games this season — his most since 2011. That’s a credit to his hard work and devotion and the team’s willingness to adjust his playing time depending on his chronic health issues. In the end, both parties have reaped the rewards of their collaboration.

The all-star break didn’t seem to help Gutierrez’s platoon mate, Seth Smith. After slashing .364/.400/.727 and hitting four home runs during the first 10 games of July, the left-handed hitter is batting just .192 with no home runs since the resumption of play on July 15.

Considering Smith’s veteran status and professional approach, he deserves the benefit of the doubt. But, it’s worth mentioning that his second-half offensive production has dropped considerably during the last four seasons.

Another corner outfielder, Nori Aoki is a somewhat enigmatic presence. After struggling greatly against southpaws, the club optioned the 34-year-old to Tacoma in late June. Since his July 20 recall, he’s been the primary leadoff man against right-handed pitching and performed relatively well.

Would management prefer to have a better option than Aoki? Probably. But, there are no proven replacements ready to wrest playing time away from the five-year veteran.

Chris Iannetta isn’t having a good season offensively, but that’s not as worrisome when discussing the backstop position. The 33-year-old has performed admirably while serving as a stopgap until Mike Zunino was ready to return to the big league club. Now, Iannetta is an excellent insurance in case of injury or a Zunino regression.

Speaking of Zunino, the 25-year-old is one of several Mariners who’ve helped buoy the club’s offense despite the struggles of the players I’ve just mentioned.

Thanks to his improved methodology at the plate and his superior defensive prowess, Zunino has effectively become the club’s starting catcher since returning from Class-AAA Tacoma on July 20. The time spent in Tacoma has certainly helped the right-handed hitter, who currently owns a .392 OBP.

The most impressive element of Zunino’s offensive game is his walk rate, which was 11.4-percent after Sunday’s game. That’s nearly four points higher than the major league average and six points above his career norm.

Is Zunino’s production a mall sample size? Yes. But, it’s an encouraging development.

While it must be reassuring for Servais to have his core players available nearly every day, the club’s recent playoff push would likely stall if any of them were to enter a prolonged slump or be out of the lineup for an extended period.

The sky isn’t falling in the Emerald City, but better performances from the Mariners’ veterans would go a long way in helping the club sustain their recent winning ways. Otherwise, it’s going to be a white-knuckle ride for the rest of the season.