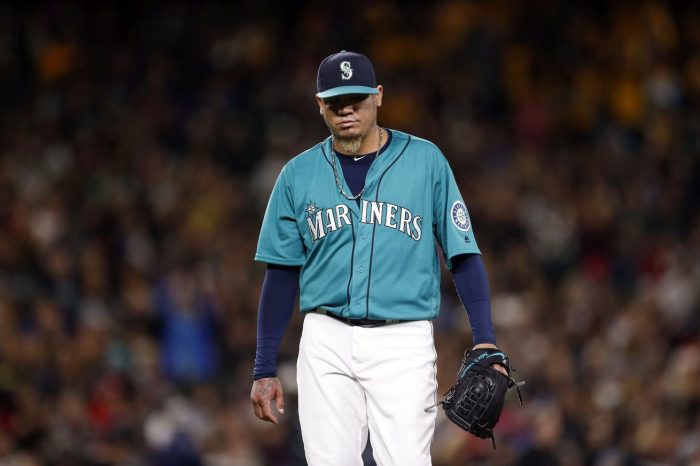 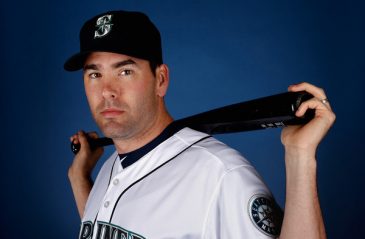 What exactly caused the Mariners’ downward spiral? Can the team get back on track and compete for a postseason berth? Considering the team’s struggles, how is rookie manager Scott Servais handling the adversity? We’ll get to all that in the Mid-Season Report Series, continuing with the bench, the impact of injuries, and analysis of the overall roster.

Bench
Seattle reserves have been an asset during the first half of the season. Two platoons in particular — Adam Lind/Dae-Ho Lee at first base and Seth Smith/Franklin Gutierrez in the corner outfield spots — have delivered positive results for the offense.

Utilityman Shawn O’Malley is the club’s primary backup at shortstop and center field on the 25-man roster, but not viewed as a long-term replacement at either position. Luis Sardinas — currently assigned to Class-AAA Tacoma — performed adequately as an injury replacement for shortstop Ketel Marte when he was lost to the disabled list (DL) for two weeks.

Sardinas remains the organization’s first option to stand in for middle infielders lost for more than a few days. The 23-year-old has occasionally played the outfield while in Tacoma. Once he’s demonstrated proficiency there, the team could opt to have him replace O’Malley on the big league roster.

Prior to his recent injury, Steve Clevenger was providing timely hits during his  weekly starts as understudy to catcher Chris Iannetta. For the time being, Mike Zunino is the team’s new reserve backstop, although it’s unclear if he’ll start more often than Clevenger did or stay in Seattle through the rest if the season. It’s possible that the team adds Rob Brantly to the 40-man roster and sends the former first round draft pick back to Tacoma.

Before being optioned to Tacoma, Nori Aoki was the regular left fielder and was called upon to stand in for center fielder Leonys Martin when he spent two weeks on the DL. Although the 34-year-old’s glove wasn’t atrocious, he’s not an elite-level defender — like Martin. As a result, he wasn’t able to mitigate the below-average range of Seattle’s corner outfielders. In retrospect, the loss of Martin diminished the Mariners’ defense at all three outfield spots.

Injury Impact
After going relatively unscathed during the first six weeks of the season, the list of injured players has grown considerably since May 21. Here’s a complete tally of Mariners affected by injury this year.

As covered in the mid-season rotation and bullpen report, the starting staff was decimated by the injury bug last month. With a little luck, all five of the Mariners original 2016 starters will be back shortly after the all-star break when Felix Hernandez returns.

The return of relievers Charlie Furbush, Evan Scribner, and Ryan Cook — all out since Spring Training — would be a welcomed development. Furbush appears closest to returning to Seattle since he’s finally throwing off a mound again. Still, he’s already suffered several setbacks along the way. Considering the nature of each player’s injury and their slow recovery times, expectations for the trio have to remain low until they finally toe a mound in a real game.

Roster Analysis
The offensive output by the Lind/Lee platoon overshadows the versatility lost by having a pair of one-position players sharing the same position. Optimally, a more versatile player who could handle a bat and fill-in at several spots — first base, middle infield, or outfield — would be better for the team. But, there hasn’t been any indication that the Mariners plan to break up their dynamic first base duo.

Aoki was dispatched to Tacoma after struggling against left-handed pitching during the first half of the season. If he can’t improve against southpaws, it’s unlikely that the left-handed hitter returns to Seattle as a full-time player.

Losing Martin to the DL exposed the organization’s razor-thin depth at center field. Currently, only four players in the organization have any major league experience at the position — Martin, Aoki, O’Malley, and Stefen Romero. Only Martin is good at fielding the position though.

Prior to the season, Boog Powell appeared to be to be on track to cover for an injured Martin. Yet, the Mariners turned to Aoki when their center fielder went down; a clear indicator that Powell wasn’t ready. Now, it doesn’t matter. The 23-year-old is out for the remainder of this year and the start of the 2017 season due to an 80-game suspension for using performance enhancing drugs.

Tacoma’s new center fielder — Guillermo Heredia — may eventually be an option depending on the circumstances. The Cuban signed with Seattle as a free agent in February and his defensive prowess is major league ready. Whether he’ll be able to consistently hit big league pitching is uncertain.

If Martin were to go down for an extended period, general manager Jerry Dipoto would likely go outside of the organization to find a player with big league experience to patrol center field.

For corner outfield spots, Romero remains a viable option in Tacoma. The 27-year-old did play some first base during the early stages of the season, but played there just once in June.

If the Mariners continue to remain relevant in the postseason conversation, Dipoto will likely focus on adding bullpen help, a versatile outfielder who can hit, and another starting pitcher. But, as I mentioned in the team’s deadline deal preview, Seattle has limited trade chips at their disposal.

Conversely, the first-year general manager could become a seller prior to the August 1 non-waiver trade deadline, if his team can’t stay in the hunt. That’s highly probable if the rotation doesn’t regain its early season effectiveness after King Felix returns from the DL. Within a few weeks we’ll know which direction Dipoto decided to go.