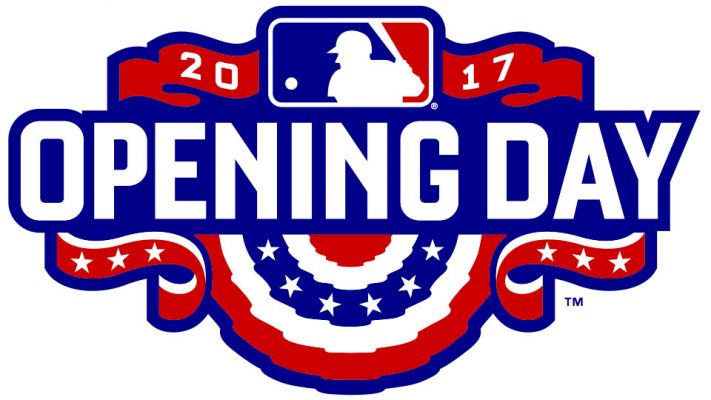 With Opening Day upon us, I’ve once again stepped into the quagmire of preseason predictions. Unlike last year, I’ve penned two pieces. One strictly dedicated to the Seattle Mariners with another focusing on MLB in general. As I did last year, I’ll publish a follow-up post after the season.

Let’s start with my MLB prognostications, which are offbeat in some cases. I figure you can get standard postseason and individual award predictions elsewhere. Hence, my alternative approach.

As noted during our Rangers’ hot stove review, the club recorded the best winning percentage (.766) in one-run games in the modern era of baseball last year. This unlikely success obscured their meager +8 run-differential, which is more representative of a .500 team than one with 95 wins.

Yes, I’m saying the Rangers were lucky. Their good fortune won’t repeat in 2017, especially with no significant upgrades made to last season’s roster.

The only notable position player added was Mike Napoli. Newcomers Andrew Cashner and Tyson Ross potentially could improve a rotation that was inconsistent behind Darvish, Hamels, and Martin Perez. However, both open the season on the DL.

Conceivably, Daniels could become a seller — if his club unexpectedly nosedives. Free agents after the season include Darvish, Lucroy, Napoli, and Carlos Gomez. Moreover, Hamels’ contract expires after 2018. Any of these players would be appealing to desperate buyers in July.

With the Mariners and Houston Astros making large offseason strides, the path to the postseason will pass through Houston and Seattle in 2017 — not Arlington.

Colorado should notch their first winning season since 2010 thanks to an arsenal of young starters and a veteran bullpen.

A review of the adjusted earned run average (ERA+) for the Rockies’ top starters illustrates why their beleaguered fans should be optimistic. For those unfamiliar with ERA+, it’s a normalized version of ERA accounting for external factors — such as the spacious dimensions of Coors Field and elevation of the Mile High City.

Unfortunately, Bettis starts the season on the DL while he continues his cancer treatment. To counter his absence, the club will turn to youngsters German Marquez, Antonio Senzatela, and Kyle Freeland to round out the rotation.

All three are 23-or-under with Marquez being the number-73 overall prospect in MLB. The Rockies also have Jeff Hoffman — number-44 overall prospect — beginning the season with Class-AAA Albuquerque.

As with any bullpen, reliever volatility is always in play. Additionally, Holland missed 2016 due to Tommy John surgery; a procedure Ottavino and McGee have also undergone. Still, the Rockies relief corps has the potential to be dominant and propel the club back to relevance.

Oh, I almost forgot to mention the offense. Colorado’s run-production will be prolific once again. Not a tough call. They’ve led the NL in runs scored since 2014.

Should Rockies fans plan on a championship parade in November? Probably not. Nevertheless, their team will be a force in the NL this season.

If you haven’t heard, the Cubs won their first Fall Classic in over a century last year. It was sort of a big deal. They also won 103 games during the regular season.

While Chicago may reach the World Series again, they won’t surpass the 100-win mark again.

Perhaps, the Cubs will break that pattern. They have a young, resilient cadre of talented position players. Having said that, their rotation isn’t as young leaving it susceptible to regression and a hangover from pitching an extra month.

I expect the North Siders to battle the St. Louis Cardinals for the NL Central division crown and eventually prevailing. But, they’ll fall short of 100 wins.

The Indians were just one win away from their first World Series title since 1948. Then, they dropped three consecutive games to the Cubs. Despite their heart-wrenching collapse, the Tribe is positioned to play late into October again.

Unlike their World Series rivals, Cleveland has two quality rotation arms that didn’t pitch until early November — Carlos Carrasco and Danny Salazar. Both were late season injury losses and are ready to rejoin Corey Kluber, Trevor Bauer, and Josh Tomlin to round out a formidable rotation.

Offensively, general manager Mike Chernoff added Edwin Encarnacion to his already potent lineup. The 34-year-old provides another power bat to an offense that scored the second most runs in the AL.

Things could be even rosier, if Michael Brantley returns to form after missing most of last year due to a shoulder injury. While it’s too early to forecast Brantley’s impact, the former all-star and Silver Slugger winner appears healthy and ready to contribute.

Even without a Brantley comeback, I like the Indians’ chances of winning the AL pennant.

Most fans are aware of the struggles Andrew McCutchen endured last year and the widespread reports the Pittsburgh Pirates were actively shopping him during the offseason. Regardless, he’s still a Pirate and primed to bounce back.

Why the confidence in a McCutchen revival?

He’s a proven performer still in his peak years with no known chronic physical conditions. Moreover, breaking down the right-handed hitter’s season into thirds illustrates he was trending upwards during the last 50-plus games of 2016.

It’s worth noting McCutchen wasn’t exactly horrible last year. Yes, his .766 OPS was about 100 points below his career norm, but it was nearly 20 points above league-average for center fielders. Essentially, he was closer to being average than a superstar.

Although I’m predicting a McCutchen comeback, there are reasons to monitor the former first round draft choice’s performance. Since 2014, he ranks last in defensive runs saved (DRS) among center fielders. That’s why the Bucs moved him to right field this spring.

Additionally, McCutchen’s base running hasn’t been yielding positive results. Based on either standard stats or sabermetrics, he’s been trending negatively. Stolen base success has plummeted, so has his documented ability to take the extra base during the last three seasons.

Perhaps, McCutchen’s legs aren’t the lethal weapons they once were. But, the 30-year-old is still capable of providing value as a corner outfielder.

Unfortunately for Pirates fans, I suspect McCutchen will be wearing a different team’s uniform by August. If he has a great first half, the organization will likely capitalize on the deadline trade value of the eight-year veteran.

Even if he’s just average again, Pittsburgh is likely to move the former MVP and his relatively affordable $14.75 million option for 2018.

Last season, the Mariners had the oldest collection of position players (30.4 years). The New York Yankees (30) and the Blue Jays (30) were a close second. Since then, the Mariners and Yankees have gotten younger. The same isn’t true about the Jays. I believe they’ll pay a price for it.

Does this mean Toronto won’t compete?

Absolutely not. The Blue Jays are loaded with great offensive players and have a strong rotation. However, their postseason outlook is vulnerable to age-related regression and injury.

I don’t view the team of my youth as better than last season’s version. If that’s true, the Mets won’t make the postseason.

Sure, Matt Harvey returns to a rotation, which already boasts Noah Syndergaard and Jacob deGrom. But, pitching wasn’t the issue last year — they surrendered the third fewest runs in baseball. The Mets’ offense was pedestrian at best — twelfth best at scoring runs in the NL.

Much like the Rangers, the Mets’ roster remained relatively stagnant. The team’s signature offseason moves were retaining Yoenis Cespedes and Neil Walker. As in Toronto, age could be a factor too.

Cespedes, Walker, and the remaining key position players —Asdrubal Cabrera, Jose Reyes, Curtis Granderson, and Jay Bruce will be over age-30 by Opening Day. That doesn’t include 34-year-old David Wright, who is still recovering from neck surgery and suffers from spinal stenosis.

How exactly is this roster better than the one that barely reached the wild game last year?

Last year, I predicted the Yankees would register their twenty-fourth consecutive winning season. It was a close call though — just 84 wins.

The streak ends this year though. As the Bronx Bomber continue to transition to a younger core, there will be growing pains.

Certainly, having 2016 Rookie of the Year finalist Gary Sanchez, Greg Bird, and number-45 overall MLB prospect Aaron Judge in their lineup will be beneficial and their bullpen headlined by Aroldis Chapman and Dellin Betances could be dynamic once again.

Still, the Yankees’ rotation is likely to derail the club. After ace Masahiro Tanaka, there is C.C. Sabathia — who turns 37 in July — and the inconsistent pair of Michael Pineda and Luis Severino. The number-five rotation spot won’t be determined until mid-April with youngsters Bryan Mitchell,  Chad Green, and Jordan Montgomery as candidates.

It’s tough to envision this staff leading the Bombers to a winning year. Assuming management doesn’t succumb to their old ways and trade a boatload of prospects for Jose Quintana, the Yankees will be lucky to reach 81 wins.

This one is going to be an annual fixture. I can already hear the naysayers pointing to the excitement surrounding Bartolo Colon hitting a home run at age-43. Yes, it was cool. But, think about it for a moment DH haters — Colon’s bomb was exciting because it was so improbable.

Sure, Syndergaard and Madison Bumgarner each hit three homers last year and Adam Wainwright, Patrick Corbin, and Jake Arrieta were over .700 for OPS. That’s five pitchers.

Of the remaining 34 hurlers with at least 50 plate appearances, 30 were under .500-mark. Certainly, the worst bench player is capable of doing better.

Wouldn’t it make sense to use the designated hitter in both leagues?