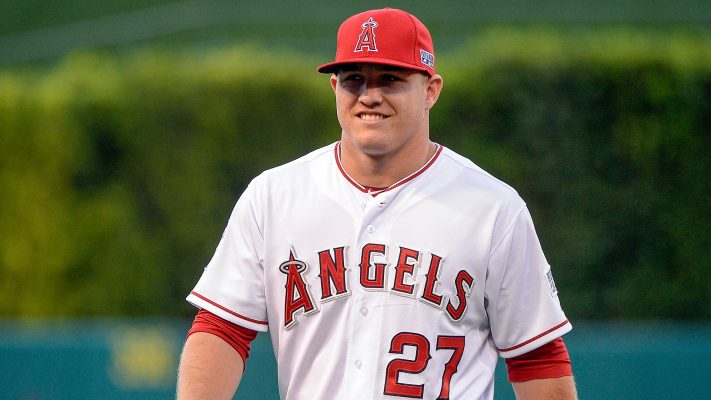 It was a perfect setting for baseball in Seattle last night. The Mariners were hosting the Los Angeles Angels at beautiful Safeco Field, the sun was beaming brightly, and my beautiful wife was by my side.

To cap off a wonderful day, the home team won with a dramatic comeback late in the game. This pleased my bride — a lifelong Mariners fan. I was happy too, but it had little to do with the final score.

Don’t get me wrong, it’s a good thing when the Mariners win. The adage ‘happy wife, happy life’ certainly applies in my home.

No, my excitement came from watching a player from the opposing team — Mike Trout. I even tweeted about it after he hit a home run off Mariners starter Hisashi Iwakuma.

Mike Trout is such a treat to watch. #Angels #Mariners

Needless to say, my overt enthusiasm directed towards a visiting player wasn’t heartily endorsed by the Mariners Twitter-verse. I received the obligatory “I hate Mike Trout” reply; mostly there was the Twitter version of the cold shoulder — no retweets, just one like.

I don’t take the tepid response personally — getting retweets and likes isn’t my goal. But, the lack of interaction suggests the local fan base isn’t as excited as me to see the Mariners face Trout in 19 games annually. Perhaps, they’d prefer he played in the National League or at least another division.

First and foremost, I’m a baseball lover. Watching the best-of-the-best play is always a treat, regardless of the uniform they wear. This rings especially true with Trout — the greatest player I’ve ever seen in person. In my view, he’s currently on a trajectory to be an all-time great.

I understand how some may consider such a statement a bit grandiose. After all, I’m referring to someone who doesn’t turn 26-years-old until August and had just 838 games under his belt through Sunday’s action. Still, the 2012 AL Rookie of the Year has quickly elevated himself into rarefied air.

To gauge how valuable Trout has been thus far, look at his career bWAR through Sunday, which is third highest, all-time for any player through their age-25 season. It’s worth noting Trout’s 2017 bWAR will be added to the total below. A typical year propels him well past both Ty Cobb and Mickey Mantle by October.

Based on early returns, the Angels center fielder is building an impressive Hall of Fame resume. But, there’s a flaw to an age-related comparison that makes it somewhat misleading — not every player reaches the majors at the same age.

With this in mind, I chose a different approach to demonstrate Trout’s standing among the all-time greats. I’ll compare the Millville, New Jersey native’s offensive production through 838 games to Hall of Famers and all-time greats at the same number of games played.

Granted, this strategy isn’t perfect either. Players are bound to have varying numbers of plate appearances. That’s okay though. My goal isn’t to identify the best player, rather demonstrate Trout is on a trajectory for potential baseball immortality. If his stat line is comparable to the greats, it’s reasonable to assume he’s plotting a course towards Cooperstown.

Since some fans and pundits prefer comparing players to Hall of Famers who played the same position, I decided to follow suit. Here’s how Trout stacks up against center fielders enshrined in Cooperstown who’ve played since 1936 — the year the Hall was established.

Since bWAR isn’t readily available through a specific game milestone, I opted to use OPS as my comparative metric because it captures a player’s on-base skills and extra-base abilities.

Fans frequently cite home runs when recognizing greatness, so I included the average plate appearances each player went between dingers (PA/HR). Doing so provides a measure of context when comparing home run totals for players with varying plate appearance.

Of particular interest to me was how Trout contrasted to Mantle and Ken Griffey Jr. I’ve often heard and read comparisons of the 25-year-old to The Mick. Moreover, Griffey is a Seattle icon and was a generational talent during his first stint with the Mariners.

Other than stolen bases where Trout has a commanding lead, the similarities are striking. Trout and Mantle are actually within 10 points in every triple-slash category and have an identical slugging percentage. In the home run department, Junior and Trout are virtually equal with Mantle holding a slight edge.

At this stage of his career, Trout certainly merits mention in the same breath as Mantle and Griffey. Time will tell whether that remains the case.

An unintended consequence of this review was a reminder of just how great Joe DiMaggio and Willie Mays were. Both players were clearly more productive than their peers on the preceding list were. Interesting tidbit — Joltin’ Joe’s historic 56-game hitting streak occurred during his first 838 games.

These New York icons exemplify why I opted for the game-for-game comparison. Mays missed most of the 1952 season and all of 1953 after being drafted into the service during the Korean War. A decade earlier, DiMaggio’s military-related absence lasted three years during World War II.

I suspect most of you agree Trout’s performance through 838 games is on par with some of the greatest center fielders ever. But, I’ve suggesting he has a chance of being an all-time great — not just a special center fielder.

With that in mind, I put Trout side-by-side with three of the greatest power-hitting Hall of Fame outfielders to play since baseball racially integrated in 1947. How many of you realized Trout was hitting home runs at a slightly better clip through 838 games than a young Hank Aaron?

Although Frank Robinson was ahead of Hammerin’ Hank’s home run pace, Aaron would eventually finish with 169 more bombs. The first African American manager in the history of the majors saw his production tail off once he was on the wrong side of 30-years-old.

As noted earlier, Mays missed 250-plus games due to his military service. Considering he hit 41 homers and was the NL MVP the year he returned, it’s possible the Say Hey Kid would’ve surpassed Babe Ruth’s 714 home run mark before Aaron did in 1974, if he hadn’t missed so much time.

To accentuate that point, I compared Trout to a pair of players with distinguished beginnings who regressed during their twilight years. While their early success didn’t rise to the same level of the 2017 MVP, both David Wright and Fred Lynn were superb young players destined for greater things before they encountered trouble.

Still active with the New York Mets, Wright has suffered a series of spinal related injuries and is currently on the disabled list with no projected return due to a herniated cervical disc. There was a time when ‘Captain America’ was a potential Hall of Famer. Those days have long since passed for the 34-year-old.

Lynn made history with the Boston Red Sox in 1975 by becoming the first player to win the AL Rookie of the Year and MVP in the same year. Unfortunately, his all-out style of play eventually led to a bevy of health-related problems — three knee operations, broken bones, plus back and hamstring issues.

Because of his misfortune, Lynn averaged just 118 games during the latter half of his superb 17-year career. Despite the setbacks, the nine-time all-star finished with 306 home runs and a .283/.360/.484 triple-slash. Great, but not Hall worthy in the eyes of voters.

Assuming Trout sustains his current level of success through his prime years, he’ll have a plaque with his name etched on it waiting for him in Cooperstown five years after he hangs up his cleats. Extending his greatness into his late-thirties may result in achieving all-time great status. Perhaps, he’ll become the new standard used to gauge young superstars.

For now, I’ll live in the moment and continue savoring every opportunity to observe the 25-year-old version of Mike Trout play the game I love.

Watching great players is such fun.

I wonder when the Washington Nationals and Bryce Harper will be visiting Seattle.