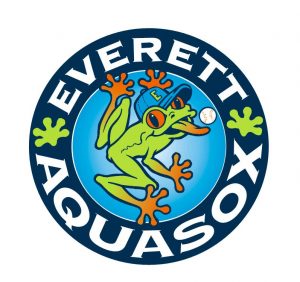 The short-season schedule gets under way Friday. Which talents may be of most interest?

While the rosters, at ‘press time’, have yet to be made official, the two short-season affiliates of the Seattle Mariners get started soon. The Everett AquaSox begin their season at Tri-City and open at home next Thursday versus Boise (Cubs). The rookie-league Arizona Mariners begin their season Monday.

The Everett roster will consist of several 2016 draftees, including first-round pick Kyle Lewis and likely a number of others such as right-hander Brandon Miller, a sixth-round pick,  and third-round pick Bryson Brigman. I’ve discussed Lewis here and the club’s Day-2 picks here, but there will be other interesting players on this Sox roster.

Note: As stated above, the final roster has yet to be released, so the Opening Day version may not feature one or more of the below-discussed players. Many that don’t will begin in Arizona Monday.

Eric Filia, OF
A 20th-round pick out of UCLA, Filia doesn’t offer much physical projection. He’ll be 24 years of age next month — he ran into some off-field issue in college — and is about maxed out at about 6-feet and 190 pounds. He’s an average runner with below-average power but makes consistent contact and shows he knows the strike zone. He posted a .295/.415/.411 line this spring with the Bruins, drawing 41 walks and 20 strikeouts. He’s not much of a long-term prospect, but he should perform in the Northwest League, providing a lot of opportunities with runners on base for those around him.

Luiz Gohara, LHP
For me, it’s put up or shut up time for Gohara, who won’t be 20 until next month but has been as inconsistent as can be for the raw talent he brings to the mound. Gohara has had problems repeating his delivery enough to take advantage of the 92-97 mph fastball, slurvy breaking ball with late bite and depth and a changeup that flashes average.

It seems for every step forward, Gohara then takes two in the wrong direction. Conditioning has and remains a question for the southpaw, but the delivery will dictate his role. The club has attempted to make some minor adjustments, but he hasn’t been able to put them in play consistently. Another stagnant-at-best season from Gohara and the Mariners might consider a role change. I’m usually dead-set against giving up on potential starters until there’s no other choice, but that could be the case here. Gohara hasn’t developed and at some point the only way to improve the organization’s chances to extract value from him may be in a reduced role where his shortcomings may be hidden a bit. Besides, it might be fun to see if his mid-90s fastball ticks up closer to 100 mph.

If we see a trimmed down Gohara who has put in the work on his body and the mechanics, the reliever talk can die a fiery death.

Michael Rivera, RHP
Rivera looks the part at 6-foot-3 and 225 pounds. He was a 27th-round pick last June and will not be 19 until this weekend. The hope is that his fastball velocity ticks up — he sat 86-88 mph pre-draft, and his breaking ball, a soft, short slider, and changeup need a lot of work. But he flashed well last summer in Arizona and now has a year of professional coaching and training under his belt. If he indeed starts the season in Everett, it’s a sign the club loves what Rivera accomplished. His role is up in the air, too, but all eight of his appearances last summer were out of the bullpen.

Dylan Thompson, RHP
Thompson may be my favorite of the club’s young arms. There’s some projection in the body and despite a changeup needing quite a bit of work, the right-hander’s stuff profiles well moving forward. Among the concerns last spring prior to the draft was Thompson’s tendency to lose velocity after the earlier innings. He’d sit 90-93 mph for three or four frames than sometimes drop down as low as the 86-89 range, which is a different pitcher, and sometimes suggests a reliever down the line.

You know me, though — that’s lazy talk. Sure, it’s a reason not to select the player higher than similar talents without that concern, but an already-fringy mid-70s curveball and natural sink on the heater give me more than just a little hope. Plus, the club always can relegate Thompson to the bullpen after a three or four seasons working on his durability and endurance. He’s athletic and a kid that comes with the mental toughness and makeup you want in a worthy project.

I’d love to see Thompson get to Everett, but another season in Peoria with the rookie club isn’t a bad thing, either. There’s just too much projection to do anything but get him the ball every five or six days, so as long as that happens, it can be in the California Penal League for all I care.

Luis Rengifo and Chris Torres
Both will start the year in Arizona, but both are worth watching. I discuss Torres here with a more in-depth scouting report here, but this pair could be a fun double-play combo.

They’re both switch hitters, both have good feet and quality arms for their position (Torres at short, Rengifo at second). Rengifo, 19, can hit the fastball — short, quick swing — handle the bat well and has good hands and feet. He’s a bit on the aggressive side at the plate, and while he’ll draw his share of walks he tends to chase breaking balls. He does a good job of staying alive, however, limiting strikeouts. He has present gap power from the left side, well below-average from the right.

Defensively for both it’s about eliminating mistakes; Rengifo some progress there last summer, committing only eight errors in 60 games and 12 the previous season in the same number of innings. He’s more consistent with his throws from second than Torres was in his first professional season at shortstop. With Torres, the top-end athletic ability and quick-twitch actions lend plenty on which to dream.

Jansiel Rivera, OF
Not a lot of prep kids taken in Round 22 sign and play right away. Some. Not a lot. Rivera, 18 in late August, played two years in his native San Pedro de Macoris, Dominican Republic, then moved to Methuen, Massachusetts and played center field. He’s a left-handed hitter with present strength and an above-average arm and above-average speed.

Jio Orozco, RHP
Orozco was among my favorite of the Mariners’ 2015 Draft Picks. He debuted on the Top 30 at No. 17 due to a fastball up to 95 mph, an overhand curveball and a circle changeup that has a chance to be plus, let alone above-average. He’s a strong kid who passed on a scholie to Arizona to sign, and his athleticism comes through when you watch him hit and shag fly balls. The arm action is clean, allowing for plus arm speed. The early bet is a reliever due to a high-effort delivery.

I’d much prefer to see Seattle give him a summer or two as a starter, due to the advanced pitch development; deliveries can be altered and in my opinion the high-effort issue overblown — not nothing, but overblown. There are many successful big-league starters with deliveries that qualify as high-effort, including Cleveland Indians right-hander Trevor Bauer.