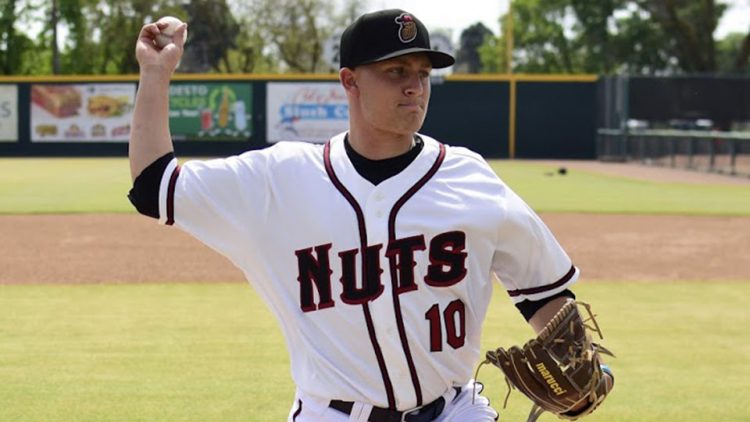 The Seattle Mariners struggled through the month of April and while it’s as clear as day the club’s greatest organizational weakness is the talent collection below the big leagues, there are some bright spots, and light at the end of the tunnel.

Here’s an updated Top 10 and some scouting and development notes.

Other prospects that returned positive notes from scouts:

Marcus Littlewood, C — “I think he has a chance to hit but he’s still a work-in-progress defensively and he’s already 26.”
Chuck Taylor, OF — “Does anybody talk about this guy? Nice little player.”
Joey Curletta, 1B —  “Big dude. Big Power. Big Whiffs.”
Gianfranco Wawoe, 2B — Resourceful bat, instinctual player on bases and in field.
Gareth Morgan, OF — Morgan’s batted .246 with a .329 OBP in April. That’s progress, but without the power it’s ultimately useless.
Ljay Newsome, RHP — Keeps throwing strikes. Has walked one of 101 batters faced this season.
Joe DeCarlo, 3B/C — “I only saw him catch a few innings, but he’s going to need a few years.”

Who are currently the top southpaws in MLB? Go!