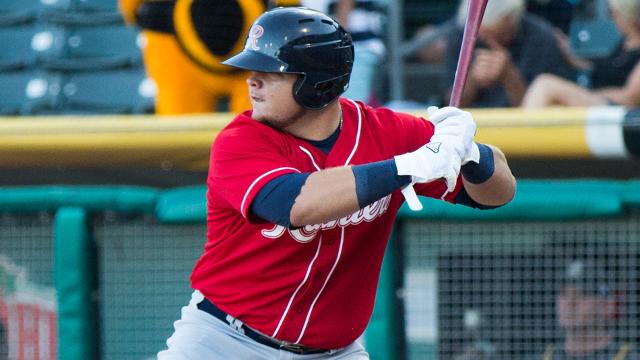 The 2016 Major League Baseball non-waiver trading deadline came and went without the Seattle Mariners making a significant upgrade to their major league roster. That’s a surprise to most observers — including me — who expected first-year general manager (GM) Jerry Dipoto to be active during the hours and days leading up to today’s 1 p.m. deadline.

The most notable deal during this year’s “deadline season” happened yesterday when Seattle sent left-handed starter Wade Miley to the Baltimore Orioles in exchange for a minor league starting pitcher. That’s not exactly the kind of action fans were expecting.

Why no other moves? Simply stated, the market didn’t permit any.

Dipoto explained to Seattle Times beat writer Ryan Divish that “the greatest opportunities we had were to sell off, and that’s just not something we were willing to do.” That’s a disappointing development for Seattle faithful. At the same time, it’s encouraging that the front office didn’t forsake their future for a slim chance at making the postseason this season.

Despite the disappointment felt by fans, Dipoto did make several moves that improve his ball club now and potentially in the future. Let’s look at them starting with yesterday’s transaction.

Miley to Baltimore Orioles for Ariel Miranda
In retrospect, the Mariners may never have acquired Miley from the Boston Red Sox, if they had known Hisashi Iwakuma would be returning to Seattle. At the time of the deal, “Kuma” was reportedly set to sign with the Los Angeles Dodgers.

Not knowing that Iwakuma’s deal with the Dodgers would fall through within a week, Dipoto did what anyone in his position would do — find a replacement. That led to the Mariners GM shipping reliever Carson Smith and starter Roenis Elias to Boston for Miley and minor league reliever Jonathan Aro.

The deal wasn’t optimal for the Mariners, who were exchanging two young pitchers with a combined 10 years of club control for three years of Miley — a slightly above-average performer — and Aro, who may never be anything more minor league depth.

Unfortunately, for the Mariners and Miley, he didn’t even deliver average value. Known for being an innings eater, the southpaw averaged just 5.9 innings-per-start with Seattle after averaging 6.2 since during his four previous seasons. That may not sound like a big difference, but the end result was the 29-year-old not completing the sixth inning in 32-percent of his starts — not exactly what you’d expect from an “innings eater.”

In recent starts, Miley did display some signs of improvement with a .243 opponents on-base percentage (OBP) and 2.79 earned run average (ERA) during his last 19.1 innings. Despite the uptick in productivity, Dipoto opted to deal the southpaw to Baltimore rather than wait to see if the former number-one pick of the Arizona Diamondbacks had actually turned a corner.

In return for Miley, the Mariners received the 27-year-old Miranda, who Dipoto views as “major league ready.” Currently assigned to Class-AAA Tacoma, the southpaw may eventually transition into another power arm out of the bullpen for Seattle. In the short-term though, he’ll likely see action with the big league club by taking Miley’s former spot in the rotation on Thursday.

Whether the Mariners should’ve moved or retained Miley is debatable, but there’s certainly going to be some measure of scrutiny on what Dipoto received from Baltimore, especially when the Tampa Bay Rays received considerably more for a pitcher similar to Miley in age, value, and cost — Matt Moore.

In exchange for Moore, Tampa Bay was able to acquire a young major league infielder — Matt Duffy — from the San Francisco Giants, plus two top-30 prospects from the Giants farm system. Although the Moore deal looks far more appealing on the surface, there may be underlying reasons why the Mariners couldn’t strike a similar deal. The most obvious one being money.

My takeaway from yesterday’s deal is that Dipoto is willing to acknowledge, through his actions, when he’s made a mistake and that he’s more than willing to adjust course. That’s an encouraging development for an organization that’s historically been too slow or rigid to pivot when confronted with adversity.

Mike Montgomery / Jordan Pries to Chicago Cubs for Dan Vogelbach / Paul Blackburn
This is a deal that helped the Mariners get younger and deeper and may help them as early as this season. The key to the deal, from Seattle’s perspective, was Vogelbach. With three-time all-star Anthony Rizzo standing in his way, the 23-year-old first baseman didn’t have a future with Chicago.

The Cubs’ surplus at first base and need for pitching provided Seattle with an opportunity to pick up the left-handed slugger in exchange for Montgomery and Pries. As with Dipoto views Vogelbach as major league ready. If the Mariners opt to move past their current left-handed hitting first baseman — Adam Lind — in the coming weeks, Vogelbach could find himself first base for Seattle. If he doesn’t get his chance this year, he’s likely to enter Spring Training with an opportunity to win the first base job for 2017.

Blackburn, who’s been assigned to Class-AA Jackson, has the potential to be a back-end starter. The combination of Miranda and Blackburn means that the Mariners added two minor league starters closer to reaching the big leagues than nearly any other prospect in their minor league system.  That’s a factor that can’t be overlooked for an organization that started the season with one of the worst systems in the majors.

Recalling Edwin Diaz from Class-AA Jackson
Arguably, the Mariners’ biggest move was the promotion of the hard-throwing right-hander, who only converted from starter to reliever in mid-May. Since debuting with Seattle on June 6, Diaz has quickly ascended to the eighth inning setup role thanks to his 17.6 strikeouts-per-nine innings rate — highest among major league pitchers with 25 or more innings pitched.

It’s plausible that Diaz could move into the closer role, although it’s important to note that assigning the 22-year-old to close games doesn’t fix the bigger problem that the Mariners face — a shortage of high-leverage arms. For now, Steve Cishek remains the closer and Seattle’s bullpen continues to be the team’s weakest link.

Joaquin Benoit to the Toronto Blue Jays for Drew Storen
This was essentially a change of location move that will, hopefully, benefit both players and teams. Benoit, shut down twice this year due to shoulder issues, had lost his job as the team’s eighth inning setup man to Diaz.

Similarly, Storen has fallen on hard times since losing his closer job with the Washington Nationals after the club acquired Jonathan Papelbon at last year’s deadline. Once relegated to the setup role, the 28-year-old’s performance dropped off dramatically and he was dealt to the Blue Jays in the offseason. After vying with Roberto Osuna for Toronto’s closer job during Spring Training, Storen he found himself in the setup role and, once again, he failed to deliver.

Since becoming a Mariner, the right-hander has seen action in two relatively low-leverage appearances and delivered mixed results. In his Mariners debut, he pitched a clean sixth inning against the Pittsburgh Pirates in a 3-1 ballgame; however, he surrendered four runs the following inning. During last night’s game with the Cubs, he worked another clean sixth inning.

Free agent signing of Tom Wilhelmsen
Another change of location move involved the return of a familiar face. Wilhelmsen, who went to the Texas Rangers in the deal that brought Leonys Martin to Seattle, struggled with the Rangers and eventually became a free agent after refusing assignment to Class-AAA Round Rock. That opened the door for “The Bartender” to return to Seattle.

Since returning to the Emerald City, the big right-hander has rebounded nicely. Although it’s a small sample size, he’s held opposing hitters to a .278 OBP during his first 10 innings with the Mariners. Whether the 32-years-old can continue to sustain his rejuvenated performance remains to be seen. But, so far, the versatile reliever has been an asset for manager Scott Servais.

Player to be named later or cash to the Toronto Blue Jays for Wade LeBlanc
During the Mariners’ nosedive known as the month of June, the club suffered significant injury losses to their rotation. Among those lost were Felix Hernandez, Miley, Taijuan Walker, and Adrian Sampson — Miley’s replacement — for most or all of June.

In need of someone who could hold down a rotation spot — at least temporarily — Dipoto turned to LeBlanc, who was pitching for Class-AAA Syracuse in the Blue Jays system. In four starts, the southpaw has held opposing hitters to a .275 OBP. With the departure of Miley and the club still waiting for Walker to return, LeBlanc re-enters the rotation this week against the Red Sox.

Will this be the most memorable deal made by Dipoto during the deadline season? No. But, the Mariners GM deserves credit for finding a competent replacement player for virtually no cost.

Finally
There’s no doubt that the Mariners are a good team capable of finishing with a winning record. But, their big league roster lacks the necessary depth for them to be considered a serious contender. Does that mean they can’t make the postseason? No. But, their shallow bullpen and degraded rotation leave them at a severe disadvantage.

Sure, King Felix and Walker could return to form and Nick Vincent and Charlie Furbush may come back from injury to reinforce the bullpen. But, that’s a lot to hope for during the last two months of a season that’s seen so many things go wrong. Isn’t it?