2017 Mariners Prospects of the Year 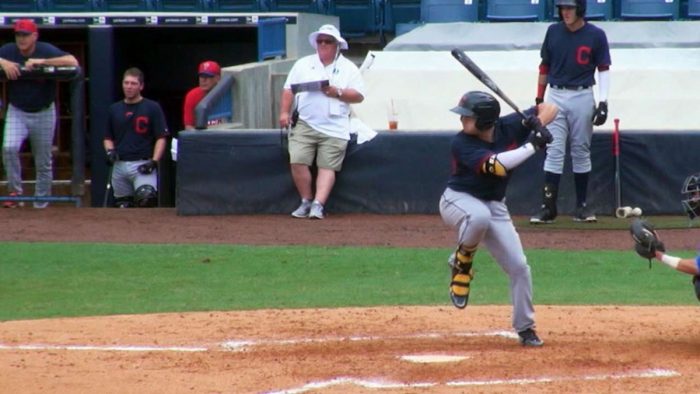 Several outlets dole out minor league player of the year awards. Prospect Insider is different. Rather than player of the year, I focus on the Mariners prospects that made the most progress since this time last year.

Subscribe to Baseball Things Podcast for Under $1 Per Episode

Players in the big leagues as of August are not eligible.

This year’s prospects of the year for Full-Season Assignments:

Pitching Prospect of the Year

Neidert was the choice of many as the organization’s minor league pitcher of the year. He’s also the pitcher that took the biggest step forward among the legitimate prospects.

The right-hander sat firmly at the top of his velocity range in most of his starts in 2017. A year ago he sat 88-91, touching 92. This season the 20-year-old pounded the strike zone at 90-92, touching 94, with good gloveside movement, average command and plus control.

Neidert’s changeup remained his best secondary pitch, often flashing 55/60 on the 20-80 scouting scale. His arm speed is consistent and he commands the picth well with some dead-fish fade and sink.

The breaking ball was sharper more often than a year ago and at times was a strikeout pitch for Neidert. His upside is limited to the middle of the rotation, but has raised his floor from future potential major league to the point where it’d be a surprise if he wasn’t starting big-league games inside of two years.

No other pitching prospect in the organization has the combination of probability, present stuff and track record of development, and he’s just 20 with a lot of green in front of him.

Positional Prospect of the Year

Rizzo did not have as good a year overall as Braden Bishop, who absolutely deserves the player of the year accolades. But Rizzo did more over the last year on the development side, partially because there was more room to do so.

The 19-year-old did more than hold his own in the Midwest Lerague where the average opposing pitcher was over 22 and the average age of the reliever was nearly 24.

The left-handed batter handled left-handed pitching well and the numbers back that up, too — .297/.355/.369. He batted just .239 versus right-handers but there was evidence all year of Rizzo’s swing developing into more of than just a line-drive stroke.

He doesn’t possess big-time bat speed but the biggest factor in the lack of power was the swing plane and the inability to create loft. He’d square one up middle-in and hit it to center field for a single and rifle it into the gap where he could end up at second.

Despite going homerless in August, Rizzo hit six homers in 52 games in June and July. Pitcher stopped pounding him inside with hard stuff as much and that’s the first sign of a hitter dictating a portion of the strike zone.

He’s never going to be a power hitter and there are legit questions about his future position but Rizzo possesses advanced plate skills and is disciplined within the strike zone.

Others: Bishop, CF;  Luis Liberato, OF

Short-Season Pitching Prospect of the Year

Torres, 21, has the physicality of a future major leaguer at 6-foot-3 and 225 pounds but has lacked the maturity to go with it. His numbers the past three seasons were a result of pure natural talent.

He showed a better approach to the game this year, including word he took his offseason a lot more serious than ever before.

For the record, it’s common for young players to spend a year or two struggling with their offseasons. At 17-18 years old, fall and winter is play time, like July and August during high school. Words of encouragement and planned  tasks from their new employers ring like summer reading assignments from teachers.

Torres was in better condition and ready for spring training. He went start-for-start the entire short-season schedule and rarely appeared to lose focus. I saw him three times, two good outings and one where his fastball was flat and up where he allowed 11 hits and walked three.

Each off outing was followed by a better one. He went six innings or more six times in 15 starts and failed to get into the fifth just once. He misses bats with fastball life and slurvy but efective breaking ball. His changeup grades out in the 40 range now but his arm speed improved and he was more willing to throw it this season than ever before.

Torres remains a fringe prospect overall but has decent stuff and there’s some physical projection left. Next season may be a make or break for his long-term future.

Short-Season Positional Prospect of the Year

Rosario was the subject of more texts from scouts this summer than any other Mariners prospect, and for good reason.

He’s athletic, has good present strength and at 20 years of age showed this season he can put instruction to use in games. 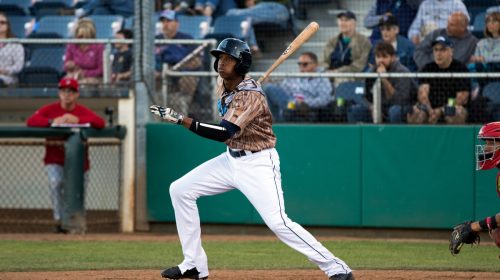 While he’s always been willing to be patient, early in 2017 he still was chasing too many pitches and swinging his way into pitcher’s counts. In July, he went on a run where he was among the best hitters in the Northwest League, working counts and squaring up just about everything, including offspeed mistakes.

He still swings and misses too much overall, but the progress made this season gets him on the radar as a long-term prospect. If he earns an assignments to Class-A Clinton next season and performs … well, we’ll talk then.

Others: Griefer Andrade, OF; Joe Rosa, 2B; Eugene Helder, UT