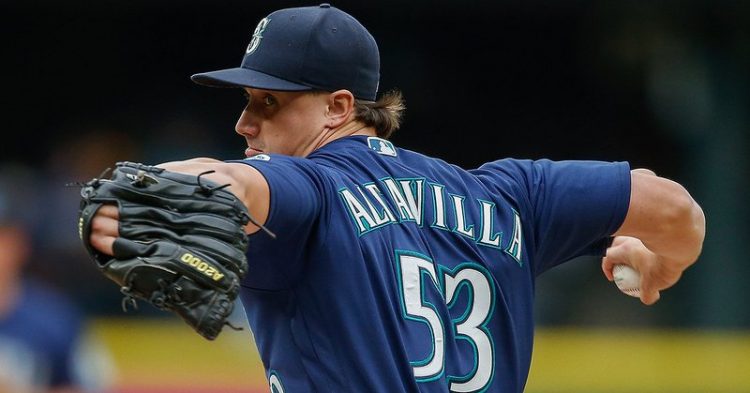 During the course of a season, major league clubs inevitably rely on rookie players either by design or out of necessity. Mostly out of need, the Seattle Mariners used 17 rookies last year — 11 were pitchers.

This year, the new-look Mariners have strategically incorporated more rookies into their framework. After having only two rookies — first baseman Dae-Ho Lee and reliever Tony Zych — make their 2016 Opening Day roster, it’s plausible five will make the cut this season.

It isn’t just a matter of Seattle having more freshmen. Two of them — Dan Vogelbach and Mitch Haniger — are poised to start regularly with several others vying for key bullpen spots. Eventually, more newcomers arrive due to injury or ineffectiveness at the big-league level — especially relievers.

Still, projecting which rookies will rise up isn’t easy — especially in early March. Look back just one year to see what I mean.

Other than general manager Jerry Dipoto and his staff, who thought Edwin Diaz could be a back-end reliever with the Mariners in 2016, let alone their closer by August? After all, the 22-year-old began last season as a starter with Class-AA Jackson and didn’t become a reliever until May.

The Diaz situation underscores a simple truth regarding rookie promotions — there has to be a need for the skill set they possess. Dipoto craved power arms in his bullpen last spring, but had few options at his disposal. That’s why Zych made the team and both Diaz and fellow AA starter Dan Altavilla were converted to relievers and fast-tracked to the majors.

Taking into consideration current roster depth and potential needs, I’ve compiled a list of 10 Seattle rookies or prospects who could potentially help the Mariners this season. Several of the names I’ll be discussing played in the majors last year, but have rookie status entering 2017.

Although his batting average significantly dipped after joining the Mariners organization last August, Vogelbach performed well at Class-AAA Tacoma. As you can see, the left-handed hitter continued to reach base thanks to his high walk rate.

Whenever discussing Vogelbach, Dipoto cites his offensive success at every level. That’s why he’s giving the 24-year-old the opportunity to be a key contributor as a rookie.

Dipoto’s optimism doesn’t mean he doesn’t have a back-up plan. Remember, the Mariners have taken a win-now approach entering 2017. Enter veteran Danny Valencia, who will serve will platoon with Vogelbach and serve as a safety net in case ‘Vogey’ falters.

Viewed as a below average runner and defender, Vogelbach’s ticket for remaining in ‘The Show’ is his hit tool. If he approaches his Steamer projection (.246/.339/.406) found at FanGraphs, the Mariners and their young first baseman would be in good shape.

On the other hand, Dipoto could be looking for another option at first base — perhaps outside the organization — if Vogelbach doesn’t produce within a reasonable amount of time.

Projected to be the Mariners’ everyday right fielder, Haniger thrived in the Arizona Diamondbacks’ system last season, earning the organization’s Minor League Player of the Year award. The 26-year-old doubled his best home run season total with 30 — including five with Arizona last September.

Despite his power surge, I’m taking a cautious approach with the former first round pick of the Milwaukee Brewers. Why the hesitance? Look at the following table, which illustrates the location of his 25 AAA and big-league homers.

With the exception of the three long balls hit in Washington D.C. and Tacoma, all occurred at elevation or in a hot, arid setting. In many cases, both conditions existed.

Was Haniger’s uptick in power a result of his development or the conditions he played in? I don’t have the answer. In fact, I’m not suggesting his power bat won’t blossom in Seattle or break the franchise record for home runs (27) set by Alvin Davis.

The right-handed hitter possess plus-power and generates hard contact to all fields. However, his sudden spike in home runs at favorable locations is enough reason to reserve judgement to a later date.

The right-hander’s audition with the Mariners occurred later than Diaz’s and was a brief 12.1 innings, but his power arm made a strong impression and makes him a strong candidate to earn a bullpen in Peoria. If the 24-year-old continues to impress, he could eventually become Diaz’s set-up man and provide manager Scott Servais with another option to close out games when Diaz is unavailable.

The former first round pick has struggled with injury and uneven performance since being the Mariners’ 2014 Minor League Player of the Year. Still, Dipoto added Peterson to the 40-man roster last December to protect him from the Rule V draft.

Whether the Mariners retained the 25-year-old due to his potential value on the field or as a future trade chip is unknown. Perhaps, it was simply a matter of having roster space and wanting to give Peterson every chance to prove himself.

Despite Peterson’s difficulties, Prospect Insider’s Tyler Carmont suggests the depth chart favors him reaching the big leagues before a more heralded prospect, such as Tyler O’Neill. As of today, the right-handed hitter is Seattle’s internal back-up plan at first base.

I’ve combined the pair because they share several common traits, which influences their status with the Mariners. Each pitcher possesses a power arm, endured injuries, and has control issues.

The 25-year-old Pazos missed two months last season due to an undisclosed injury, and he started his 2015 minor league campaign on the disabled list due shoulder problems. He’s in the mix to be Seattle’s second lefty reliever behind veteran Marc Rzepczynski.

Simmons is 26-years-old and two years removed from Tommy John surgery. Barring injuries to others, he’s vying for the same roster spot as Altavilla.

The career walk rates of Simmons (4.3) and Pazos (3.8) signals they give up too many free passes. As a reference, the pair’s BB/9 would have ranked between 125-130 among major league relievers with 35-plus innings pitched last season.

On a positive note, both hurlers rarely yield the long ball. Simmons has surrendered just one home run in 158.2 professional innings. Likewise, Pazos has relinquished seven bombs in 234 innings.

Depending on their Cactus League performances, Pazos and/or Simmons could start the season with the Mariners or be teammates in Tacoma. Regardless of where they begin 2017, both could become fixtures in Seattle — if they remain healthy and master their control.

With non-rookies Chris Heston and possibly Ariel Miranda leading the depth chart, I’ve included just one starting pitcher on my list. With that said, Whalen does have big league experience — five starts and 24.1 innings for the Atlanta Braves last year.

While the 23-year-old isn’t a high-strikeout hurler like Pazos or Simmons, he does share one trait with the hard throwing duo — the ability to avoid homers. Hitters have registered 13 home runs during Whalen’s 359.2 professional innings.

While the Stroudsburg, PA native will have to bide his time in Tacoma, he’ll get his shot with the Mariners — if he remains healthy and performs. The Mariners used 13 starters last season and the league-average typically hovers around 10-11.

Initially expected to play a key role last season, Zych landed on the disabled twice before undergoing offseason shoulder surgery. The former fourth round pick of the Chicago Cubs is slowly progressing towards participating Cactus League play, but it isn’t likely he’ll be ready for the start of the season.

The Cuban defector joined the Mariners organization last year after not playing professionally since 2013. Heredia started the season with Jackson, but quickly progressed to Tacoma and had two short stints with Seattle.

While it’s possible Heredia will not make the Opening Day roster or never be more than a fourth outfielder, he could provide value to the 2017 Mariners. The 26-year-old is capable of making good contact and drawing walks. Plus, he’s a strong defender with good speed on the base paths.

Just as Shawn O’Malley was the utility “go to guy” as a rookie last year, Motter could fill the same role now. The duo — along with Mike Freeman — are candidates to serve as the club’s jack-of-all-trades. Since Freeman isn’t on the 40-man roster, the competition appears to be a two-horse race between O’Malley and Motter.

The right-hand hitting Motter is more versatile with 300-plus professional innings at every position with the exception of first base, catcher, and pitcher. That said, he started a game at first base and even pitched a third of an inning for the Tampa Bay Rays last season.

O’Malley is a switch-hitter, which could potentially give him an edge. It is possible Seattle elects to retain both players as reserve infielders and outfielders. However, a more likely scenario will be one player making the club and the other heading to Tacoma. Regardless of who secures the utility spot, the need for both versatile players will arise during the season.

What about Tyler O’Neill?

Some of you may be surprised I excluded last year’s Southern League Most Valuable Player, but listed Peterson. O’Neill’s omission has nothing to do with my view of him as a prospect — he’s so fun to watch. Rather, I considered the team’s current needs and roster depth.

Right now, the organization has more options in the outfield than at first base. That’s why the slugging outfielder didn’t make the cut and Peterson did.

Even so, it’s plausible O’Neill reaches Seattle before September. All the 21-year-old needs to do is be ready when an opportunity arises due to injury or ineffectiveness at the big-league level. What’s the likelihood of such a scenario occurring?

2017-03-08
Previous Post: Poll: Who Cracks The Majors First?
Next Post: The Mariners and the World Baseball Classic