How MLB’s top 10 prospects have fared 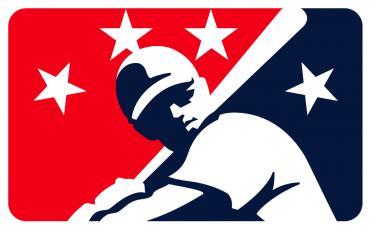 Despite the historic influx of impact rookies last season in Major League Baseball, the crop of prospects in 2016 again is strong. Some began the season in the majors and remain stalwarts, while others began the season there and either remain or have since been promoted.

I spent the past week digging, studying, calling, texting and emailing scouts that have seen the top talents to get their takes on the first month of the season for the game’s best prospects.

1. Corey Seager, SS — Los Angeles Dodgers
While the youngest Seager kid is the most talented, many expect him to eventually move to third base where his brother Kyle excels for Seattle. In the meantime, he’s handling shortstop and producing on the high end of the offensive spectrum for the position, sitting at .252/.322/.398 through 27 games.

There’s plenty more there for Seager, particularly in the batting average and slugging percentage areas, but he’s finding the barrel plenty, using the entire field and pitchers still haven’t found a real good way to get him out consistently, even though he now has nearly 230 plate appearances in the majors.

Seager officially graduated from prospectdom in April (130 official at-bats threshold) but stardom is next. If and when he slides over to third, there’s enough Longoria-level power in the swing and even better hand-eye suggesting Seager may settle in as a .280 or better hitter, likely producing .350 or better on-base marks along the way.

2. Byron Buxton, CF — Minnesota Twins
Buxton, 22, also now has surpassed the at-bats threshold for rookie status, but he has been shipped back to Triple-A after starting the year .156/.208/.289 with a 49 percent strikeout rate in 17 games.

The biggest issues are coming from Buxton’s plate discipline. He’s swinging and missing a lot, including nearly 20 percent of the time he offers at pitches in the strike zone. His out-of-zone rate is putrid at under 49 percent. For context, the major-league average in 2016 is 61.1 percent.

Buxton, said one Twins official, simply needs more time to learn about his swing and approach. One scout opined “he’s caught in between like he wants to sit on a specific pitch every pitch, rather than reading and reacting.” This combined with the chasing and swing-and-miss issue suggests pitch recognition is a rather large factor here.

3. Lucas Giolito, RHP — Washington Nationals
Giolito had Tommy John surgery in 2012 and has skated through his rehab and return to the mound, often touching 98 mph and pitching comfortably at 96. After starting last season in extended spring training, the right-hander was dominant in the Carolina League at age 20 and flashed more of the same in the Eastern League later last summer. He began 2016 back at Double-A Harrisburg.

In five starts Giolito has had problems locating his fastball consistently, and the 70-grade curveball hasn’t been there for him with regularity, but scouts are loving his mound presence, how he’s managing baserunners and the raw stuff shows up in spurts between the control problems.

The Nationals’ future ace remains on track to break into the big leagues next season and the only reason 2016 is highly unlikely is workload. He threw 117 innings a year ago and the club may limit the former first-round pick to somewhere in the 140-inning range, give or take 5-10 innings or so and depending on Giolito’s status at the time.

Scout: “We haven’t really seen it yet (in ’16) but he’ll find it (command) and he may be one of the elite starters in the bigs by this time next year.”

4. J.P. Crawford, SS — Philadelphia Phillies
Crawford, a first-round pick just three years ago, has zoomed through the minors and may be on track for the majors as early as September of this season.

The left-handed hitting shortstop is a smooth glove and a polished bat for his age and experience and spent more than half of last season in the Double-A Eastern League at age 20. Crawford returned there to start 2016 and has not disappointed. He’s batting .279/.421/.395 in 23 games with the lone negative dynamic from one scout’s report being “he was too selective in this series,” referring to Crawford potentially taking strikes he could be hitting into the gap.

He won’t be 22 until next January, but he’s not long for the minors and could be the next young star the Phillies ride into contention sooner than later. Odubel Herrera, Vincent Velasquez, Aaron Nola and Maikel Franco will welcome Crawford with open arms and challenge the Mets and Nationals as soon as 2018.

Urias throws a rather easy 95 mph fastball, commanding well at 91-94 with two plus pitches in a curveball and changeup. He repeats well, per Law’s report, and he’s grown out of a soft, stocky build to 6-foot-2 and 210 pounds. He’s yet to get to 100 pitches in a single outing and has generally been held to 80 or fewer this season, suggesting he’s at least a year away from starting in the big leagues. But he’s dominating Pacific Coast League batters — 29-3 K/BB ratio and a .163 opponents batting average — and may not be far behind Giolito in joining baseball’s next wave of young pitching stars.

There’s no question the stuff and delivery project to ace status. The only question is when he arrives.

6. Tyler Glasnow, RHP — Pittsburgh Pirates
Glasnow has struggled some with his command and control in five starts this season, but the stuff has been as advertised, touching 96 mph and spinning a plus curveball.

He’s yet to show a useful changeup with any consistency, suggesting his first time in the majors could be spent in the Pirates bullpen in a pennant race, but considering the early-season performance of both Jeff Locke and Jonathon Niese, Glasnow likely is an upgrade over one if not both.

Scout: “I’d be worried about his ability to get through five or six consistently,” said one scout of Glasnow’s current projection in the big leagues.

7. Rafael Devers, 3B — Boston Red Sox
Devers, 19, is the highest rated prospect that started the 2016 season lower than the Double-A, and the Carolina League has been a challenge for the left-handed hitting Dominican native. Devers batted .144/.245/278 in 24 games through May 4, but seven of his 13 hits have gone for extra bases and he’s drawn 12 walks versus 17 strikeouts.

Devers may stay in Salem all season as he not only works on the hit tool — and a swing that gets loopy — and his defense at third base. As Law writes, Devers has a big-time arm, great hands and is agile despite being considered “big” for being just six feet tall.

One thing to watch for with Devers is his work versus left-handed pitching. While the numbers in 2015 don’t look great, he did bat .252 versus southpaws as an 18-year-old in the Sally League. It will take some time, but the power and ability to make contact will win out in the end. He’s probably 2-3 years from the majors, but likely cuts down Travis Shaw‘s maximum stranglehold on the hot corner at Fenway at three seasons.

8. Alex Reyes, RHP — St. Louis Cardinals
Reyes has yet to pitch in 2016 as he serves out his 50-game suspension for testing positive for a drug of abuse (marijuana) — not a performance enhancing substance.

Reyes should make his debut in the lower minors sometime in late May and eventually — and likely quickly — work his way to Triple-A Memphis. He’s just 21 with a projectable frame at 6-foot-3 and 190 pounds and already sits 93-98 mph and has hit 100 in the past. He has tremendous arm speed and the ball explodes out his hand with late life all over the zone and some armside run.

He did have a bout of shoulder soreness that cut about a month off his season a year ago, which mat be the only true concern moving forward. Law sees an ETA of 2017 as reasonable, though if he’s healthy he may have innings left for some kind of role later this season since his season will get started late.

9. Nomar Mazara, OF — Texas Rangers
Mazar exited the 2015 season with a lot of positives in his pocket at age 20 and now that he’s a just-turned 21-year-old big leaguers, the knocks have gone away.

Mazara has not showed the tendency to get out on his front foot and he’s used the middle of the field and gone the other way with two strikes. The left-handed batter went 6-for-12 with a homer in three games in Triple-A Round Rock before Shin-Soo Choo‘s injury landed him the majors. In 21 games with the Rangers, Mazara has been terrific, hammering three long balls and batting .325 with eight walks to balance out a reasonable 16 punch outs in 90 plate appearances. He’s also played a strong right field.

When Choo is ready to return, he should DH, perhaps even part time, and the Rangers should consider moving Ian Desmond in a deal to a team needing a shortstop.

10. Orlando Arcia, SS — Milwaukee Brewers
While the Brewers are likely even further away from contention than are the Phillies, Arcia is ahead of Crawford by a few months or more in terms of development. There are some similarities between the two, but Arcia doesn’t come with quite the upside, instead trading probability and the aforementioned timetable advantage.

Arcia is an above-average runner with above-average range and arm and a tremendous ability to come in on slow rollers and handle everything around the bag with big-time instincts. He’s not without power at the plate, perhaps reaching double figures in home runs while reaching the gaps regularly, but he’s aggressive and isn’t likely to post big OBP numbers, at least early in his career. This is what separates Crawford from Arcia in the long run.

Arcia’s at Triple-A Colorado Springs batting .304/.333/.435 in 23 games. He may need less than half of this season to prove he’s ready for the majors, but it’s unclear what the Brewers’ plan for him is considering their present status as a no-chance bottom feeder in the National League.