Could M’s reign without their King? 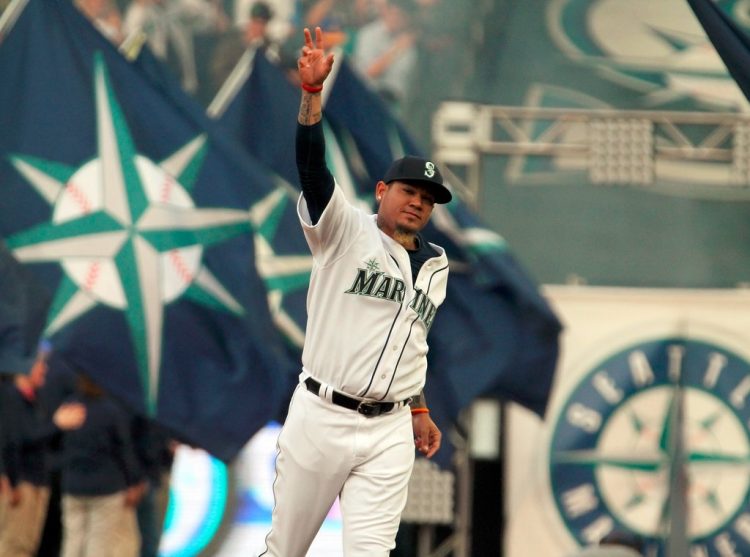 Since debuting as a 19-year-old in 2005, Mariners ace Felix Hernandez has witnessed a lot of losing in Seattle. From the day “King Felix” debuted until the end of last season, the Mariners have posted a dreadful 772-904 win-loss record.

During the King’s reign, the Mariners have zero postseason appearances and entered September with a realistic shot at postseason play just twice — 2007 and 2014.

Knowing that one of the best pitchers in the game — who opted to forgo free agency and stay in Seattle — has yet to toe the rubber during a postseason contest doesn’t sit well with Felix’s loyal subjects.

Fans lament that the Mariners have never surrounded Felix with a strong supporting cast. When you look at the team’s record, it’s hard to disagree. This season could be different though.

New boss, different results
Since arriving in Seattle last September, one of general manager Jerry Dipoto’s stated goals was to build a competitive team for 2016. The results, thus far, are encouraging — an impressive 21-13 record and first place in the American League West division.

Sure, it’s only May and the Mariners have played just 34 games. But, entering today, they’re off to the third-best start in the franchise’s 40-year history. In playoff-starved Seattle, this is cause for optimism in some circles.

Undoubtedly, there’s a lot of season remaining — 89-percent to be exact. Yet, it’s hard to ignore such a strong start by a club that hasn’t experienced playoff baseball since 2001. Could this finally be the year that Felix reaches the postseason? Perhaps. But, what if he’s incapable of pitching like a “King” anymore?

Is the end near?
The notion that Hernandez may no longer be capable of being “Felix-like” is a genuine concern among some fans. They fret that their King has developed chinks in his armor an can no longer perform like an elite-level starter. What exactly is fueling this worry?

Some talking heads cite Felix’s decreasing fastball velocity and his unusually high walk-rate as evidence that his reign is nearing an end. They believe that Hernandez’s 2178 innings pitched — most by any active major league pitcher since 2006 — is the reason behind the “un-Felix-like” start to 2016.

Hearing and reading this kind of analysis — the incomplete, lazy kind — over the airwaves and via the blogosphere has raised the anxiety level among some Seattle fans.

The King falling on his sword now would be a worst-case scenario for Mariners faithful two reasons. First, no one wants to see a star declining at the young age of 30, especially one as beloved as Felix.

On top of that, there’s a prevailing belief among fans and pundits that teams can’t seriously contend without an established ace. Therefore, no King equals no postseason this year.

Is it actually true that teams can’t win without an ace? Would the Mariners season be doomed if Felix doesn’t bounce back to his normal level of performance? I don’t believe so. Please allow me to demonstrate why I feel that way.

What’s an ace?
There’s no clear-cut definition of what constitutes an ace. My definition is a starting pitcher who produces a value of four or more wins above replacement (WAR) during a season. In some years, 18 pitchers reach that mark. In others, it might be 22. Bottom line; my idea of an ace is a top-20-ish pitcher.

Now that I’ve established my standard, let’s look at several recent postseason contestants that didn’t have a pitcher who fit my +4 WAR criteria. To help illustrate each rotation’s depth, I included the top-five pitchers who started during at least 90-percent of their appearances.

Please note that players acquired in-season have an asterisk next to their name and their WAR is a season total — not just the value produced for their new team. Additionally, World Series winners are in yellow.

Who needs an ace?
As you can see, several very good teams didn’t have a top-shelf hurler on their staff, yet they found ways to win games. In some cases, many games. The Kansas City Royals are the best example.

The Royals’ success is proof that a team can reach the postseason, and even win the World Series, without an elite-level pitcher. It’s worth noting that they tried to add one at the trading deadline — Johnny Cueto. However, he didn’t deliver “ace-like” results during the remainder of the season. Yet, Kansas City won the Fall Classic.

Don’t get me wrong, I’m not saying that having an ace doesn’t matter. Given a choice, I would’ve taken the 2015 New York Mets’ rotation over the Royals’ staff. In the end though, Kansas City overcame the Mets’ superior starting pitching to win it all.

Why not the Mariners?
Let’s imagine for a moment that Felix has truly started his decline. I haven’t seen compelling proof that’s the case, but, let’s suspend reality for moment and imagine.

In the “Bizarro World” I just created, Hernandez delivers a 2.5-or-higher WAR — far below his career-norm. Could the Mariners compete with such a meager contribution from the former King? Of course.

Seattle has a rotation that’s deeper and better than several of the previously listed postseason clubs. Look at the previous and current value of the arms Dipoto has amassed for this season, including Mike Montgomery — who’s in the bullpen — and James Paxton at Class-AAA Tacoma.

Let’s assume that Taijuan Walker and Nate Karns surpass their 2015 value — a reasonable expectation for both pitchers. Plus, Wade Miley and Hisashi Iwakuma manage to deliver a combined value similar to last season’s total for the two pitchers. Why wouldn’t this rotation be competitive? It wouldn’t be great, but it’d be solid.

Obviously, there’s more to reaching the postseason than having a solid rotation. Otherwise, the Mariners wouldn’t be in the midst of a 14-season playoff drought. But, unlike other years, Seattle has a more balanced roster in place — thanks to Dipoto and his staff.

At the start of play today, the Mariners are above league-average in runs scored, playing solid defense, and their bullpen is a strength. With so much going right for the club, the rotation doesn’t have to be stellar — just solid. Having an ace would be nice, but not critical.

I have no idea whether Felix Hernandez’s best days are behind him. Perhaps, he’s adjusting to being on the wrong side of 30. Maybe, it’s just a case of dealing with an uncharacteristically slow start — no one outside of the Mariners organization knows for sure.

What I do know is that the roster assembled by Dipoto has the potential to contend, assuming it can avoid health complications and that the bullpen doesn’t crater. Those are big “ifs,” but the 47-year-old has demonstrated throughout his career that he’s capable of pivoting when faced with adversity.

Although I had no rooting interest for the team he represented, I found great pleasure in watching Ray Bourque finally hoist the Stanley Cup at the end of his Hall of Fame career. Similarly, it was nice to see Peyton Manning go out on top after a storied career.

The same sentiment applies to Felix. Someone who’s been so great for so long deserves to perform on his sport’s biggest stage.

Perhaps, the Mariners will fall back in the standings and not contend by year’s end. Personally, I believe they can compete and end their league-leading postseason drought — if they can avoid the injury bug and the bullpen remains viable.

Regardless of how the season unfolds, Mariners fans should find some measure of solace in knowing that Felix no longer has to carry the club on his shoulders in order for them to win. One of these years — hopefully soon — his teammates will be the ones carrying him on their shoulders, as they celebrate winning the ultimate prize.

That would be a storybook ending fit for a King.