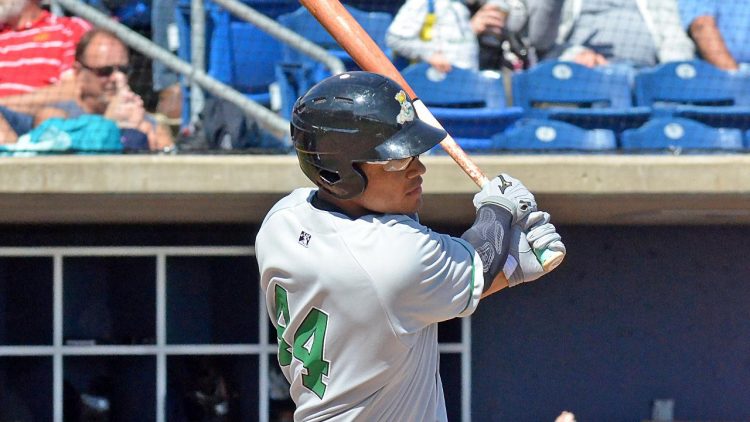 The Seattle Mariners selected outfielder Gareth Morgan with overall pick No. 74 in the 2014 MLB Draft.  He signed for $2 million. It was a pure upside play for a raw Canadian player with big power potential.

Through the 2016 season, however, Morgan looked lost at the plate:

For his career entering 2017, Morgan had fanned in exactly 40 percent of his trips to the plate, walked in just 6.3 percent of his plate appearances. For a power hitter, his 7.4 percent extra-base hit rate was not just sub-optimal but downright awful.

So, as 2017 approached, I left Morgan outside my Top 30 prospects, wondering if he just wasn’t going to be able to improve the hit tool enough for the natural power to matter.

All of those numbers are improvements — versus better competition — than Morgan had ever posted before. All but 14 plate appearances through last season had come in rookie ball. He skipped Short-Season Everett and has performed enough in the Midwest League to suggest something’s starting to work. That something is unquestionably several somethings, and it’s not like Morgan is torching the ball regularly, but adjustments are starting to work.

For context on the traditional rate stats, Morgan’s on-base percentage ranks No. 30 in the Midwest League. Among the 29 ranked ahead of him, 18 are at least six months older than Morgan and 24 of them have more pro experience by a minimum of 240 plate appearances.

Morgan always was a long-term project. The Toronto native played less baseball as an amateur than the typical prep draftee from the States and in many cases a lot less.

There’s a chance his production in 2017 is a sign he’s developing now, therefore I just can’t quit him.