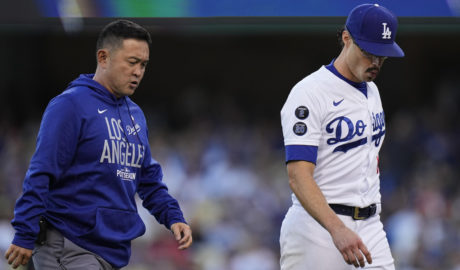 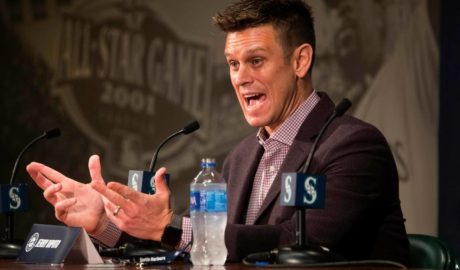 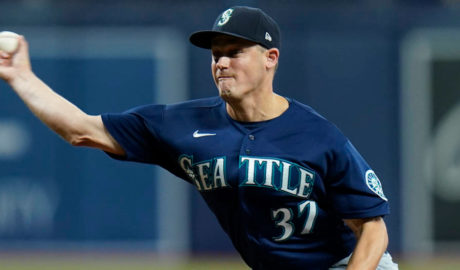 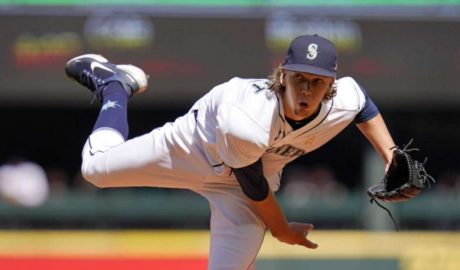 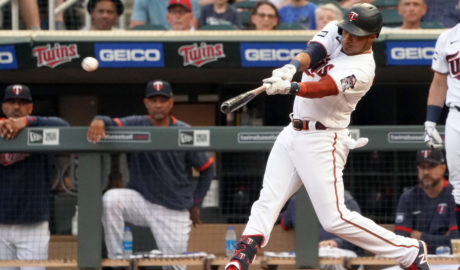 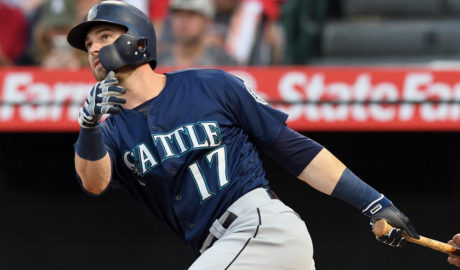 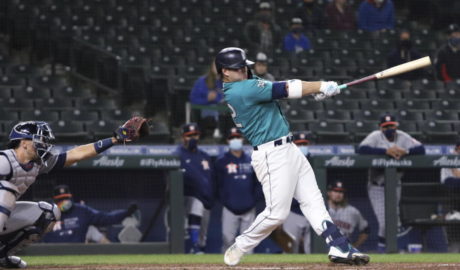 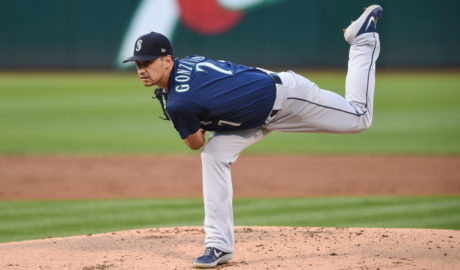 Although the odds don’t favor the Seattle Mariners, the team remains in the AL Wild Card race with about three weeks left in the regular season. Perhaps it’s a bit premature to have this conversation. But I thought it’d be fun to discuss the players on Seattle’s current roster, who’ve previously competed in the playoffs. So, how many Mariners actually have postseason experience? The answer is not many. Just six Mariners know what’s it like to appear in a playoff game. Nearly all are pitchers; only one was on the club’s roster at the beginning of the season. Marco Gonzales Seattle’s Opening Day starter made six postseason relief appearances as a rookie for the Cardinals in 2014. Gonzales initially blanked the Dodgers in three games during the NLDS and did the same in his first two confrontations with the Giants in the NLCS. Unfortunately, San Francisco plated three runs off the Gonzaga product in Game 4. If the Mariners somehow pull off the unexpected this year, Gonzales would be a prime candidate along with Chris Flexen to start the AL Wild Card game or Game 1 of an ALDS series. Tyler Anderson Anderson allowed two runs during an inning of relief for the Rockies in the 2017 NL Wild Card game against Arizona. A year later, he enjoyed a much better showing in Game 2 of the NLDS against the Brewers. The former Oregon Duck surrendered just one run in a six-inning effort, although the Brew Crew ultimately prevailed with a 4-0 victory over Colorado. Based on Anderson’s superb performance since joining the Mariners in late-July, he’s already cemented a postseason rotation spot for Seattle manager Scott Servais. Abraham Toro The lone position player on our list was on the Astros’ postseason roster last year. That said, Toro had just one plate appearance in the ALCS against the Rays. The Canadian drew a walk as a pinch hitter for catcher Martin Maldonado. Since the Mariners acquired Toro from the Astros on July 27, he’s been the team’s everyday second baseman and delivered at the plate. The switch-hitter would be a core contributor in Servais’ postseason lineups. Joe Smith It’s probably not a surprise to anyone that the oldest player on the Mariners’ roster boasts a well-rounded postseason résumé. Since 2013, Smith has appeared in 18 playoff games with the Indians, Angels, and Astros. Overall, the 37-year-old has performed well with a 0.786 WHIP in 14 innings. Although the side-arming Smith wouldn’t be a late-inning option for the Mariners, he projects to be a valuable member of any potential Seattle postseason bullpen. Diego Castillo After pitching for the Rays in the 2019 and 2020 postseasons, including last year’s World Series, Castillo is a proven commodity in high-leverage situations. The native of the Dominican Republic has allowed a total of three runs in 14 playoff appearances. Barring unforeseen circumstances, Castillo would be a top option for Servais in late-inning situations. Sean Doolittle Doolittle has made 20 playoff appearances with Oakland and Washington dating back to 2012. His shining moment came in the 2019 Fall Classic when he registered a save and didn’t allow a run in three relief appearances for the World Series champion Nationals against the Astros. Considering his time with Seattle is a small sample, Doolittle may have to demonstrate he deserves a spot on a postseason roster over the next three weeks. Since joining the team on August 27, opponents are batting .375 against the Virginia alum in five appearances. Eye On October If the Mariners happen to dramatically grab a Wild Card berth this year, it’s likely their opponent will possess far more postseason experience than the upstarts from the Pacific Northwest. That said, teams can succeed in October without a playoff-tested roster. The 2014 Royals reached the World Series despite having just four players who had previously appeared in the postseason – Wade Davis, Omar Infante, Jayson Nix, and James Shields. In the end, what really matters is having a roster with the talent to compete when the lights are brightest in October. Does this description apply to the 2021 Mariners? We won’t know for a few more weeks. In the interim, I suggest enjoying the ride. Getting to watch the hometown team play relevant baseball games in September is a treat worth savoring. It’s certainly better than the alternative. My Oh My… END_OF_DOCUMENT_TOKEN_TO_BE_REPLACED 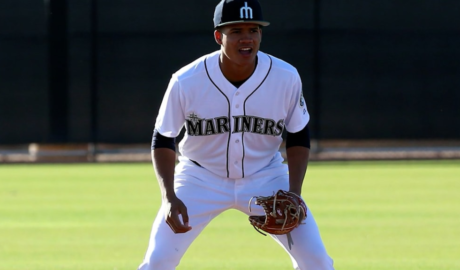 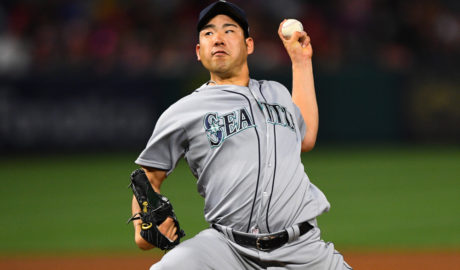 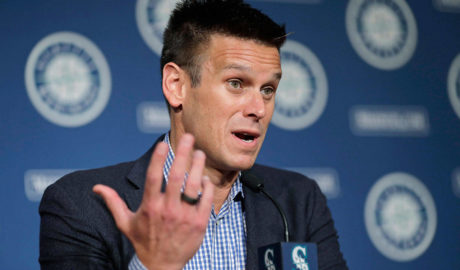 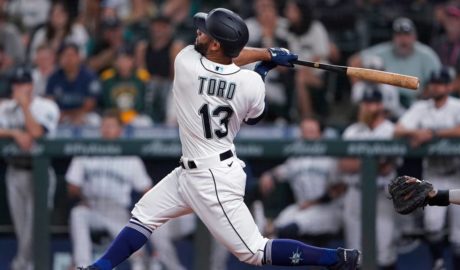 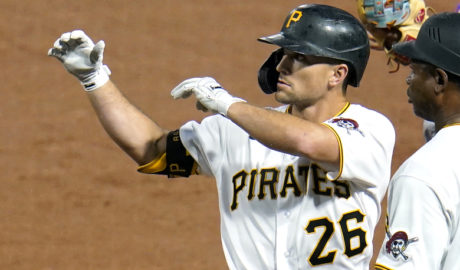 News that the Seattle Mariners were pursuing Adam Frazier before the All-Star landed with the San Diego Padres provides a glimmer of hope to Mariners fans. Their team appears willing to add difference makers prior to Friday’s MLB trade deadline. Still, a key detail from the Frazier trade reveals a challenge facing Mariners GM Jerry Dipoto this week. Ken Rosenthal of the Athletic reports the Mariners were willing to absorb all of Frazier’s salary for this season to acquire him from the Pittsburgh Pirates. However, Pittsburgh preferred sending enough money to the Padres to cover most or all of the veteran’s 2021 salary. Mariners also made offer for Adam Frazier and did not ask Pirates to put cash in deal, sources tell @TheAthletic. Pirates sent $1.4M to Padres in part because they value Marcano highly. If he evolves into Frazier type, Pirates get six years of him for 1-plus of Frazier. — Ken Rosenthal (@Ken_Rosenthal) July 25, 2021 Why would the low-revenue Pirates be willing to help with Frazier’s pay? By doing so, Pittsburgh was able to receive better prospect value from the Padres than what Seattle was willing to deal. Essentially, the Mariners were attempting to avoid a higher prospect price by offering to take on the Mississippi State alum’s salary. That brings us to the challenge facing Dipoto with the trade deadline looming. How does Dipoto improve his current roster without jeopardizing his organization’s future? It’s no secret the Mariners have one of the better farm systems in MLB. Therefore, dealing promising young minor leaguers is inevitable. But becoming a free spender with his team’s prospect equity could potentially sink everything Dipoto and his staff have accomplished since beginning to rebuild the organization after the 2018 campaign. Granted, Frazier is having a great season. He would’ve immediately helped the Mariners at a position of need – second base. But how much of its future should a team trade away for a 29-year-old having career year, who’s under club control for just one more season? From Dipoto’s perspective, the Padres’ asking prices exceeded what he was willing to pay. Considering Seattle’s tenuous position in the AL Wild Card standings and the fact the team is fully committed to its rebuild, the sixth-year GM probably made the right choice regarding Frazier. The front office taking a balanced approach during deadline season should please Mariners fans. Still, achieving both goals – making the 2021 postseason and preserving the future – would be the preferred outcome for all involved. Wouldn’t you agree? My Oh My… END_OF_DOCUMENT_TOKEN_TO_BE_REPLACED 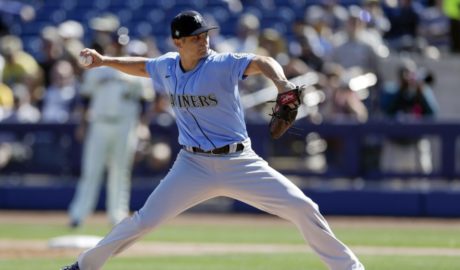 Even the most patient Seattle Mariners fan must be questioning the team’s use of reliever Rafael Montero in high-leverage situations. That’s the exact circumstance Montero faced against the A’s last night. The end result – two runs surrendered in the eighth inning of a game that Seattle was trailing by a run and eventually lost 4-1. So, why is Mariners manager Scott Servais turning to Montero late in a key game against a division rival? It’s a legitimate question. After all, Montero’s conventional and advanced stats verify what we’ve been witnessing with our eyeballs – he’s been regressing with each passing month. Even an ardent believer in Montero’s stuff like me was perplexed by Servais’ decision to hand the ball to his enigmatic reliever in last night’s game. Since the rationale for using Montero escaped my pea-brain, I did what I always do when I can’t solve a baseball mystery. I turned to Prospect Insider founder Jason A. Churchill. A quick chat with Jason enlightened me to an obvious issue with Seattle’s bullpen that’s in plain sight for all of us to see. Reliever utilization can be problematic for the Mariners when closer Kendall Graveman isn’t available. By now, most Mariners fans are aware that Graveman has a benign tumor on his cervical spine that led to his conversion from a starter to a reliever last year. A consequence of the tumor is the right-hander isn’t available as often as other arms in Seattle’s bullpen. Graveman has pitched on 0-1 days rest less frequently (33.3-percent) than only one other Seattle reliever appearing in 20-plus games this year – Keynan Middleton. Think about it for a moment. Any time Graveman isn’t available to pitch the ninth inning or any high-leverage situation, Servais must lean on other arms in the bullpen to get the job done. So, why didn’t the sixth-year manager do exactly that last night and steer away from Montero? Reasonable question until we review Servais’ options. He had already used JT Chargois and Drew Steckenrider prior to Montero and Anthony Misiewicz pitched the ninth inning. Assuming Middleton and Erik Swanson weren’t available because they pitched the day prior, the skipper was short on alternatives last night. There was Paul Sewald, who Servais may have been holding in reserve for a save situation. Then again, he could’ve turned to Héctor Santiago. Oh, that’s right, Santiago’s roster spot is open because he’s serving a ridiculous 10-game suspension. Realistically, Servais didn’t have any other options, assuming Graveman was unavailable. To those fans screaming that the Mariners should just get rid of Montero, I hear you. Maybe that happens today or in the near future. But there appear to be few viable replacements waiting in the wings. Perhaps Casey Sadler, who’s about ready to return from the IL, is the answer. But prior to his injury, Sadler pitched on 0-1 days rest in 28.5-percent of his games – less often than Graveman and Middleton. Considering Sadler has been sidelined with shoulder inflammation since April 30, it’s possible the team takes it slowly with the 31-year-old when he does return. Other than Yohan Ramirez, there isn’t a clear-cut replacement on the 40-man roster. And even if the team replaced Montero with Ramirez or Sadler, doing so doesn’t solve the bigger problem facing the Mariners – having high-leverage relievers, who aren’t available on a more frequent basis. No, I’m not blaming Montero’s ineffectiveness on Graveman, Middleton, or even Sadler. He’s the root cause of his problems. But having several relievers unable to throw on 0-1 days rest as often as their peers leads to suboptimal matchups – like last night’s game. If the Mariners had a full complement of relievers capable of going on short rest, keeping a project like Montero on the major-league roster would be more practical than it is now. A large segment of fans would argue that the veteran of seven seasons isn’t worth the trouble. I disagree. Montero’s Statcast profile illustrates the potential that I believe he possesses. I suspect the team’s analytics department and coaching staff may agree with me to some degree. I know. Potential doesn’t win ballgames and that’s a big deal for the Mariners and the fan base right now. But cutting ties with Montero won’t address the team’s bigger issue and could make matters worse without a suitable replacement to fill the void created by his absence. Let’s not forget that Seattle has already parted ways with another workhorse – Will Vest. The combined loss of Vest and Montero, who’ve accounted for 21-percent of the team’s relief innings this year, will only make Servais’ already tough job even more challenging. Realistically, jettisoning Montero would provide instant gratification for fans. But doing so won’t necessarily make the Mariners better at a critical time in their schedule. Only help from outside the organization can do that. My Oh My… END_OF_DOCUMENT_TOKEN_TO_BE_REPLACED 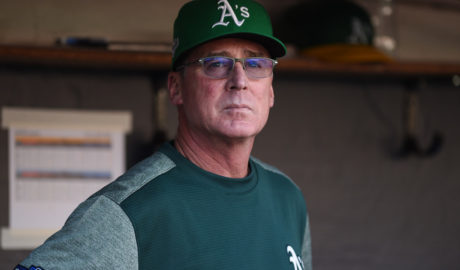 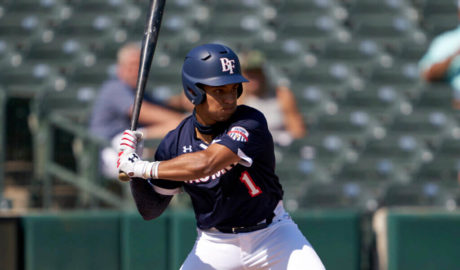