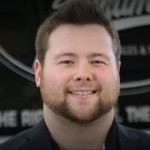 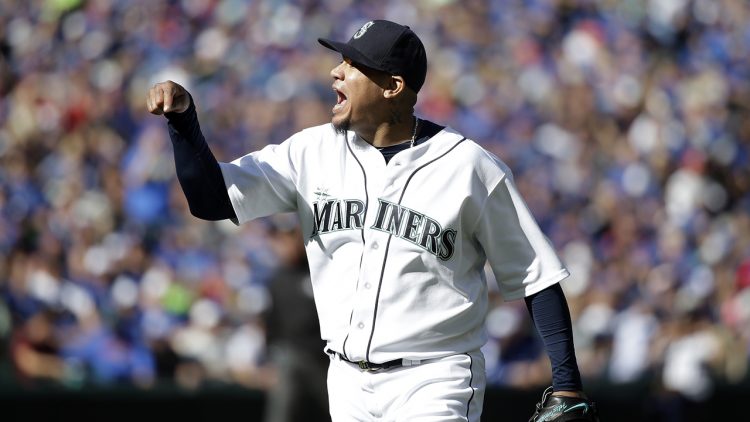 The return of Felix Hernandez comes at the right time. END_OF_DOCUMENT_TOKEN_TO_BE_REPLACED

The left-hander is off to a hot start — is it sustainable? END_OF_DOCUMENT_TOKEN_TO_BE_REPLACED 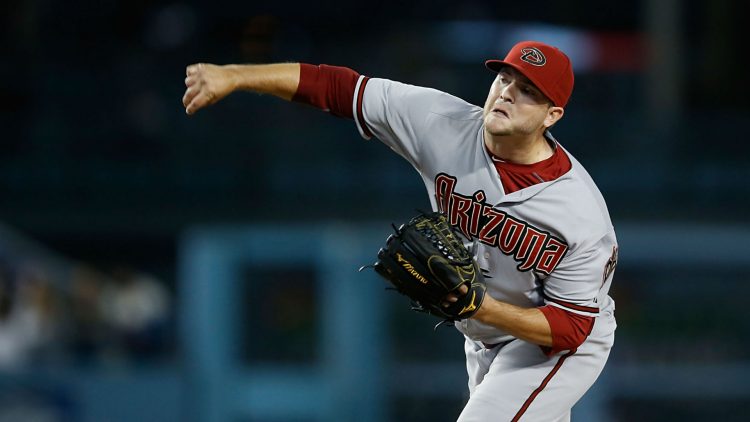 The Mariners claimed right-hander Evan Marshall off waivers from the D-Backs on Tuesday. END_OF_DOCUMENT_TOKEN_TO_BE_REPLACED 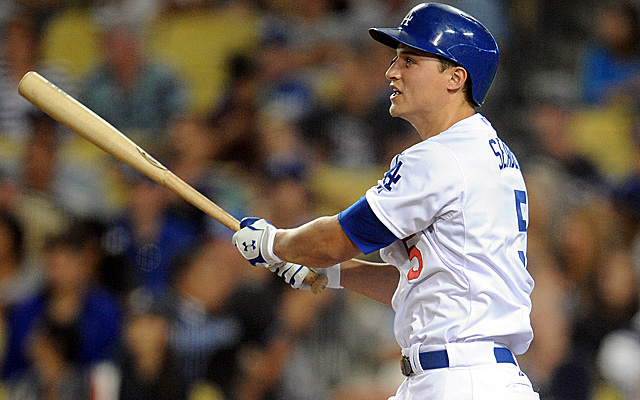 Previewing a selection of the NL’s 2017 sophomore class. END_OF_DOCUMENT_TOKEN_TO_BE_REPLACED 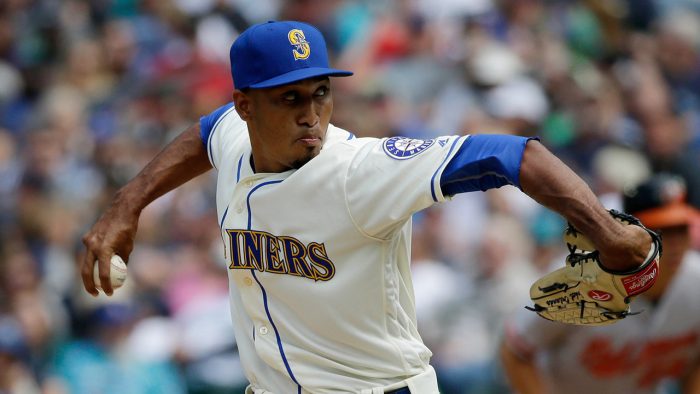 Previewing a selection of the AL’s 2017 sophomore class. END_OF_DOCUMENT_TOKEN_TO_BE_REPLACED 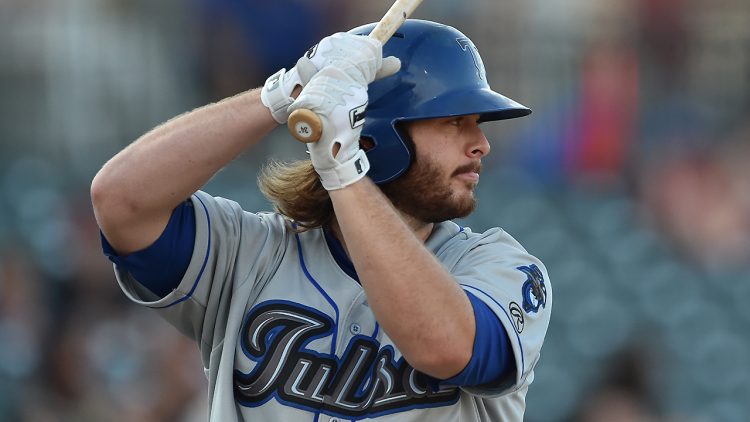 Pat Venditte is out and Joey Curletta is in. END_OF_DOCUMENT_TOKEN_TO_BE_REPLACED 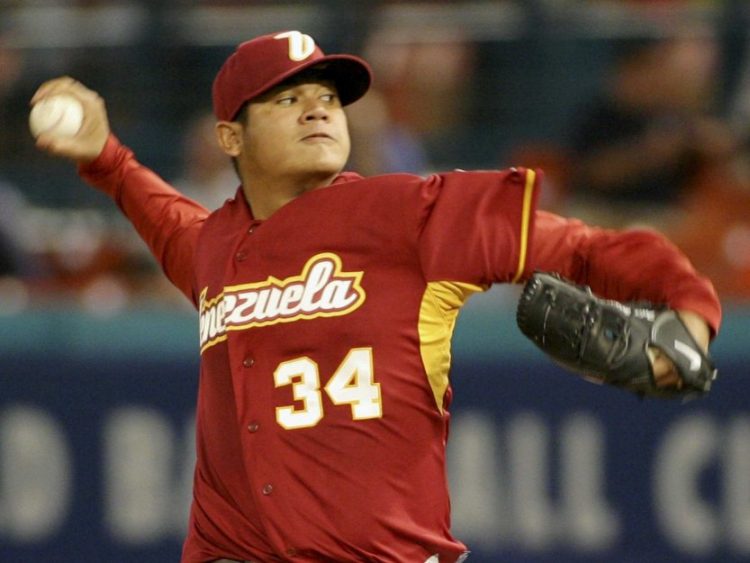 How will having 12 participants affect the Mariners? Not that much. END_OF_DOCUMENT_TOKEN_TO_BE_REPLACED 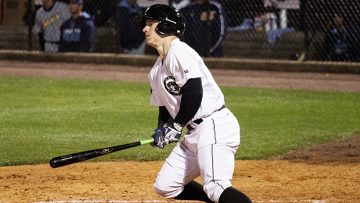 Tyler O’Neill or D.J. Peterson — who gets called up first? END_OF_DOCUMENT_TOKEN_TO_BE_REPLACED 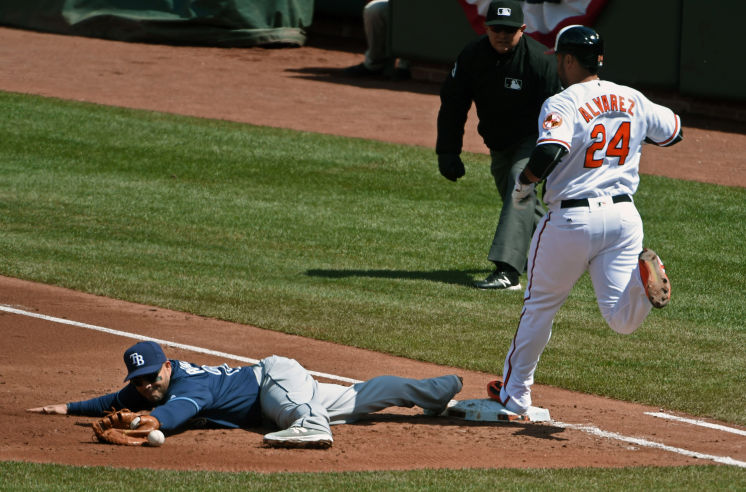 What happens if the rookie first baseman isn’t ready? END_OF_DOCUMENT_TOKEN_TO_BE_REPLACED 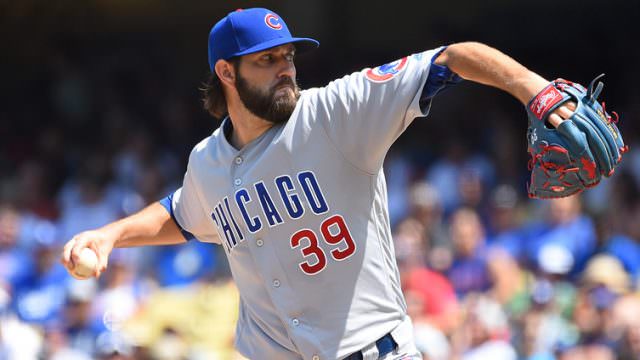 Was Gallardo a better choice than Hammel? END_OF_DOCUMENT_TOKEN_TO_BE_REPLACED 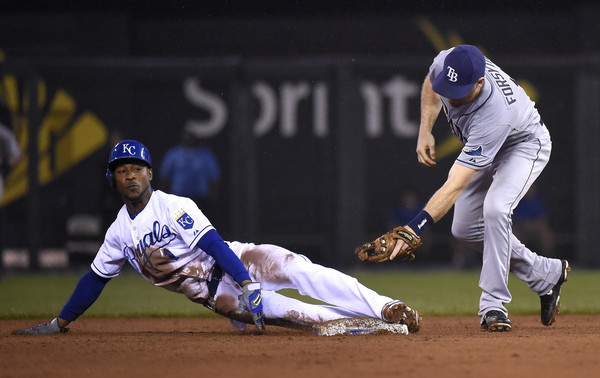 The Mariners traded for speedster Jarrod Dyson to bolster the outfield. END_OF_DOCUMENT_TOKEN_TO_BE_REPLACED 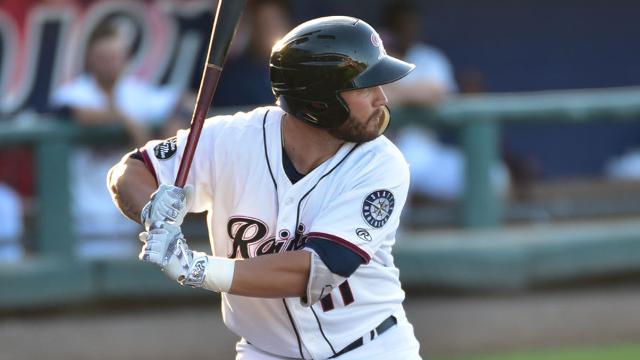 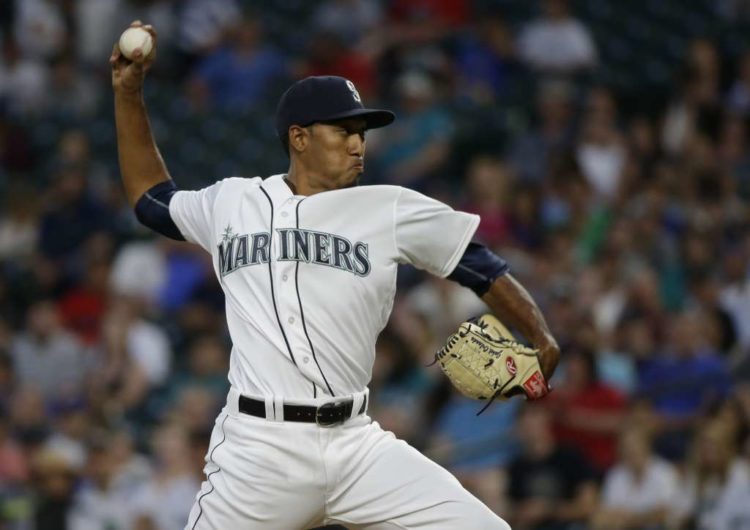 By bolstering the back end of their bullpen, the Mariners can better use Edwin Diaz. END_OF_DOCUMENT_TOKEN_TO_BE_REPLACED 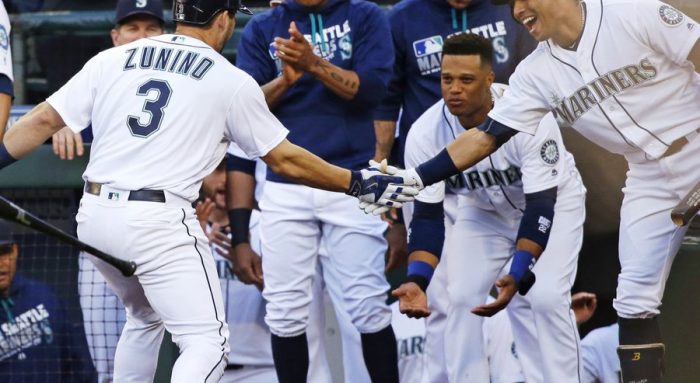 The former No. 3 overall pick is having a rebound year for the Mariners. END_OF_DOCUMENT_TOKEN_TO_BE_REPLACED 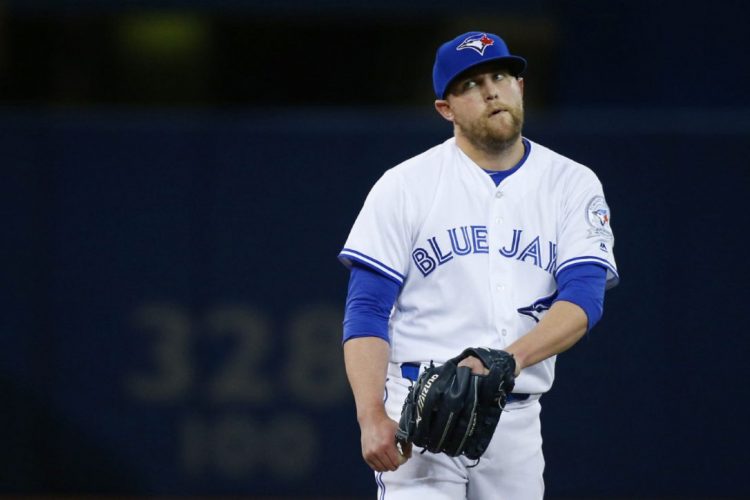 Saying the bullpen has been revamped over the past week may not be entirely accurate, but the Seattle Mariners continued to shuffle the deck Tuesday night. Mike Montgomery and now Joaquin Benoit are out and former All-Star closer Drew Storen is coming in after being acquired from the Toronto Blue Jays along with cash considerations in exchange for Benoit. The cash included is reported to be the difference between the two reliever’s salaries. Both relievers are free agents at the end of the year. Benoit was an offseason addition to the bullpen and expected to fill the eight inning role vacated by Carson Smith. Despite an improved month of July, the right-hander still posted a 5.18 ERA and a 4.95 FIP over 24 and 1/3 innings of work. His 10.36 strikeouts per nine innings were better than his career mark of 8.94, but it was the accompanying 5.55 walks per nine that caused issues. His 13.8 percent whiff rate was down a couple ticks from the past couple seasons but was still above his career mark of 13.0 percent. The velocity was still there for the 39-year-old, averaging 94-to-95 miles per hour on his fastball. The problem was that he often didn’t know where it was going. Benoit was only able to produce a clean outing in seven of his 26 appearances. He didn’t have to be perfect, but more was expected from the seasoned veteran. Edwin Diaz and his gaudy 17.47 strikeout rate have taken over eighth inning and higher leverage duties and have done exceedingly well. The Blue Jays are getting a reliever who in terms of raw stuff is performing well enough. he’s still missing bats and striking hitters out. But they are hoping that a change of scenery will be rejuvenating, similar to the case of Jason Grilli who was acquired earlier in the year. On the Mariners end, they receive a struggling reliever with a home run issue. In 33 and 1/3 innings pitched Storen HAS posted a 6.21 ERA and a 5.00 FIP due in large part to a career-high 17.6 percent home run per fly ball rate — that number is more than double Storen’s career mark. The good news is that his 8.64 strikeout and 2.70 walk rates are basically right on the right-hander’s career marks so it doesn’t appear to be a command issue at first glance. The biggest issue surrounding Storen’s troubles is not an unusual one: his velocity has declined. After previously hitting 95-to-96 MPH regularly leading up to the 2016 season, the 28-year-old has found his fastball sitting in the 93-to-94 MPH range. I mention his age there because it’s odd for a pitcher who should be in his prime to have such a sharp decline. Usually this would be due to injury, but there hasn’t been any apparent ailments. The decline in velocity has caused Storen’s hard-hit rate to spike to 39.8 percent. His soft contact rate sits at a measly 12.0 percent. Everything he’s been throwing has been hit hard. And if you’re wondering how much of a difference that relatively small decline in velocity can make, just look to the top of the Mariners rotation and the struggles that Felix Hernandez has had dealing with his reduced velocity. Is Storen fixable? His age and solid strikeout and walk rates would suggest so. Pitching at Safeco Field instead of the hitter-friendly Rogers Centre should also help some. But until he can get that velocity back up a couple ticks, or learn how to rely on his breaking pitches, he’ll be in tough to have much success. For anyone wondering how the Mariners could simultaneously buy and sell in the time leading up to the trade deadline, this is an example. They are selling Benoit, a veteran reliever, to a contending team that’s looking to bolster a playoff-caliber pitching staff. They are buying Storen, a former All-Star closer, to aid the relief corps in the middle innings. Technically they are both buying and selling low here, but it paints a picture. Are the Mariners better today than they were before the trade? It’s hard to say. You like Storen’s upside because he’s been a solid reliever up to this point and has ten years on Benoit. But you also liked Benoit for his track record and experience, though that was seven months ago. This could be a trade where a change of scenery helps both pitchers. Or both could continue to struggle. Storen was designated for assignment after all and Benoit’s numbers don’t differ much from Joel Peralta‘s when he was cut loose. Seattle gets another guy with closing experience, which could help if they decide to deal Steve Cishek who’s name has come up in a few rumors. Otherwise Storen is another middle reliever with a home run problem who you hope can be fixed with a couple minor changes. It’s far from an exciting trade, and the net result may not produce a clear upgrade, but the Mariners are betting on Storen’s upside and youth. That’s usually a bet teams are willing to take. END_OF_DOCUMENT_TOKEN_TO_BE_REPLACED 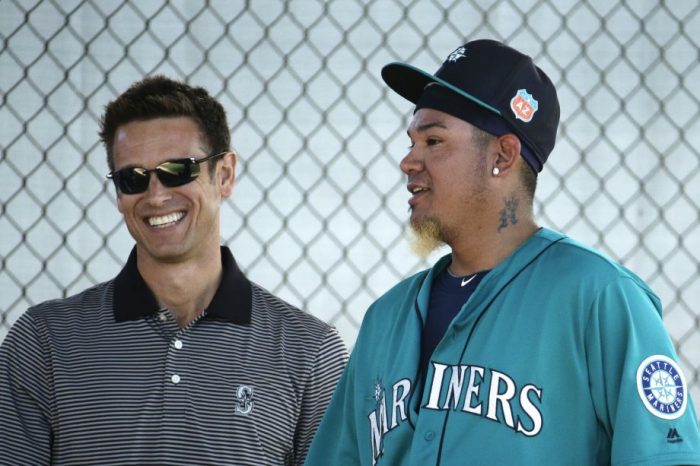