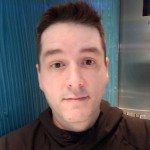 James Paxton has now made two solid start in the big leagues. On September 7, the 6-foot-5 left-hander held Tampa Bay to four hits and an earned in six frames at Safeco field in his big-league debut. He fanned three and issued one walk, throwing 59 of 95 pitches for strikes. Saturday, Paxton made his first road start in St. Louis and yielded but two hits in six shutout frames. He walked two of 22 batters faced and struck out five Cardinals. In the minors, Paxton was very inconsistent. He had stretches where he looked great for three or four innings and then came undone and his overall line ended up all crooked and unclean. He also had stretches of multiple starts where he either was terrific, or couldn’t get beyond the fourth or fifth inning, often running up his pitch count and allowing too many batters to reach base, many by way of the base on balls. On the surface, it may just seem like Paxton has simply thrown more strikes in his two major league outings, limiting the walks and therefore holding down the runs that would ultimately cross the plate. That isn’t true, however. In his first start, Paxton threw 62 percent strikes. In the minors, for the season, he threw 62 percent strikes. He did throw 67 percent strikes versus the playoff-bounds Cards, but that’s merely five more strikes per 100 than he’s averaged all season. The difference is where Paxton is missing when he does not throw a strike. It’s more often been down in the zone than his typical outing in the minors. He did this in Tacoma, too, for a start or two here and there, and even for a little longer stretch the second half of the year. For the most part, however, he’d miss up and/or catch too much of the plate and get hurt. Paxton has pitched at 92-96, toughing as high as 98, and is doing a good job of throwing downhill, creating plane. He’s following through, finishing out front and thus keeping the ball down a lot more. The curveball has been average, with a few plus editions mixed in, and he’s throwing his changeup to right-handed batters with effectiveness. Paxton, 24, has No. 2 upside if he can find a way to replicate the mechanics he’s employed in the majors. The jury is still out, and won’t be fnished deliberating until well into next season, perhaps longer, but we know how good Paxton could be if he puts it altogether. The Cardinals know, too. END_OF_DOCUMENT_TOKEN_TO_BE_REPLACED

Despite a less-than-ideal final pitching line, right-hander Taijuan Walker took another step toward the big leagues Thursday, showing progress in a few key areas en route to three great innings, one awful one and one so-so one. At the end of the night, he fanned eight and allowed five runs. Walker dominated the first three innings and flashed a plus curveball, perhaps the best two I’ve ever seen him throw, to compliment his 88-91 mph cutter and four-seam fastball that teased 97 and sat 92-96. The bad inning came in the fourth when Walker was up in the zone and lost some balance in his delivery. He hung a curveball that was hit out by former Mariners farmhand Mike Wilson in the third and then gave up several singles in the fourth that led to four more runs. He never lost his cool, however, and fought through some command issues in the fifth to get through the inning unscathed. Long ball aside, the curveball was better for the most part; he’s had a tendency to telegraph the pitch some, something he didn’t do in this start, and he also flashed a couple of solid changeups to left-handed batters. In the fifth, after issuing two walks and getting two outs, Walker worked Brandon Allen to a 2-2 count and struck him out on a hard changeup. Note: I had originally labeled the 2-2 pitch to Allen a cutter, but Walker alerted me that it was a hard change. Walker showed maturity, a better curveball and the same fastball life and use of his cutter that suggests he’s going to be very good, very soon. He had the bad inning — it happens, and he hadn’t had a hiccup in any of his first four starts in Triple-A — but there were still reasons to love what taking place at Cheney Stadium. Walker is likely to make his big-league debut next month. Robbie ErlinTucson left-hander Robbie Erlin made the start for the Padres Thursday. He sat 88-90 with his fastball, throwing from a high three-quarters arm slot but creating some arm side run that was effective versus right-handed batters. His curveball, clocked in the 72-75 mph range, showed well above average break, but he didn’t have good command of it in this start. Erlin’s best pitch was his 80-84 mph changeup, which he threw for called strikes and induced a few swings and misses. His fastball command did him in versus Tacoma, who stacked nine right-handed batters against him, which can be counterproductive versus a changeup left-hander. Erlin looked like a back-end starter Thursday, but if there’s a firmer fastball in that arm, he possesses the delivery and secondary stuff to be a solid No. 4 as early as 2014. NotesStefen Romero is figuring out left field fairly well, showing better reads on fly balls and better routes to the ball. His arm is fringe-average, but he threw a perfect strike to the place twice Thursday on single to left … Abraham Almonte is a popular question for me on Twitter because he’s putting up solid numbers. He’s a below-average defender in center — perhaps passable, though — but runs well (low 4’s up the line including 3.55 on a drag bunt earlier this homestand), which qualifies as 65 or 70 grade speed. He’s a decent switch hitter, but has well below average power and profiles as a fourth or fifth outfielder … Rehabbing big leaguer Franklin Gutierrez appears 100 percent healthy and is swinging a solid bat for Tacoma. He may not be activated anytime real soon, but he’s closer to being ready at the plate than Michael Morse … Morse’s timing is still way off, suggesting the long layoff has reverted him back to spring training. He needs a few more days, based on what I saw Thursday … Stephen Pryor threw Wednesday and topped out at 90 mph. I’m told that was by design, however, as he’s working through some mild soreness in his right triceps and was just working on his command. He did show off the curveball and slider. He’s still a little ways away … Carter Capps is commanding his fastball — he went Thursday and looked solid — but his breaking ball, as expected, will need more time. He’ll be back in September. END_OF_DOCUMENT_TOKEN_TO_BE_REPLACED 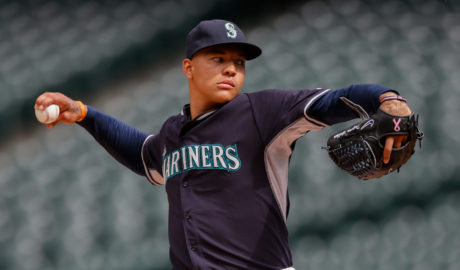 Seattle Mariners right-hander Taijuan Walker began the 2013 season back in Double-A Jackson where he spent all of 2012 because he needed to improve in several areas and the club correctly deemed the Southern League as the best place for him to take on such tasks. Tuesday, the 20-year-old showed how far he’s come in only four months and why he’s among the very top pitching prospects in all of baseball. Walker, a sandwich-round selection in 2010 (No. 43 overall), used his stuff, poise beyond his years and a maturity level necessary for the circumstances to toss six shutout frames at the Fresno Grizzlies, allowing three singles and two walks, while striking out four. He threw 87 pitches, 56 for strikes, and for all 87 he appeared to be every bit the phenom he’s been cracked up to be since he burst onto the scene three summers ago as a raw 17-year-old. The 6-foot-4, 210-pound Walker featured a four-seam fastball that sat 93-95 mph and touched 97, and came to the plate with ferocious downward plane, creating a very heavy ball, one extremely difficult to square up for hitters. He commanded the pitch down all night, missing only below the zone, not up, with some occasional arm side run and natural sink. He worked his 90-93 mph cutter in often, helping set up a much-improved 71-74 mph curveball that froze batters all night. He sawed off several bats with the four-seamer and cutter and used the curveball with two strikes or to keep the Fresno lineup off balance. He tossed a half-dozen or so below-average changeups in the mid-80s, but kept it down or away from left-handed batters and one in particular showed some fade, though each lacked sink. He maintained good arm speed on the pitch, but it’s still a ways from being more than a show-me offering. Walker’s velocity didn’t dip much from the stretch — he sat 93-94 with runners on — and did not let some bad luck get to him. There were 4-6 borderline pitches on which he did not get the call from the home plate umpire, but he went back to work, rather than allowing it to get to him and affect his approach. The four-seamer induced ground balls and the cutter forced poor contact that resulted in shallow fly ball outs and pop ups, and he did miss some bats with both pitches. His curveball is a full grade better today than in spring training or at any point a year ago, and he’s taken well to the cutter and seems to know how to use it. Walker’s delivery was very consistent with one exception: He drops his arm slot slightly and opens up early on the curveball, which could be an issue against better hitters and it’s something he’ll need to fix for general consistency purposes, if nothing else, but big leaguers will see it and exploit it. Walker’s velocity comes free and easy without much effort, which bodes well for his ability to hold that velocity deep — which he did through pitch 87 Tuesday and has done through the low-100s in the past — and if his high three-quarter arm slot can be maintained with the curveball, there’s no reason to believe he won’t max out and become a No. 1 starter. There may even be ace material here, though we’re likely a few years away from that kind of command from Walker. I came into this start with one objective, which was to remain as objective as possible. Even doing so, it’s difficult to suggest Walker is on a path that will lead to anything but future stardom. That isn’t likely to occur in 2013, and while he’s likely to see the big-league mound in 2014, he may not settle in and succeed at a high level right away. His stuff, athleticism and his apparent acumen for progress may prove me wrong there, however. He was very crude coming out of high school and in less than three years has gone from high-upside project to elite pitching prospect on the doorstep of the majors. He’s raised the ceiling on all of his grades since then — here’s my 2010 draft-day scouting report on Walker for subscribers — and now the sky is the limit. After four innings, M’s scouting director Tom McNamara tapped me on the shoulder. I looked back and he gave me a look as if to ask, “so, what do you think so far?” My response? “I’d be excited if I were you.” Taijuan Walker is a phenom, and it may not be long before he’s toeing the rubber at Safeco looking to back up a Felix Hernandez gem with one of his own. END_OF_DOCUMENT_TOKEN_TO_BE_REPLACED