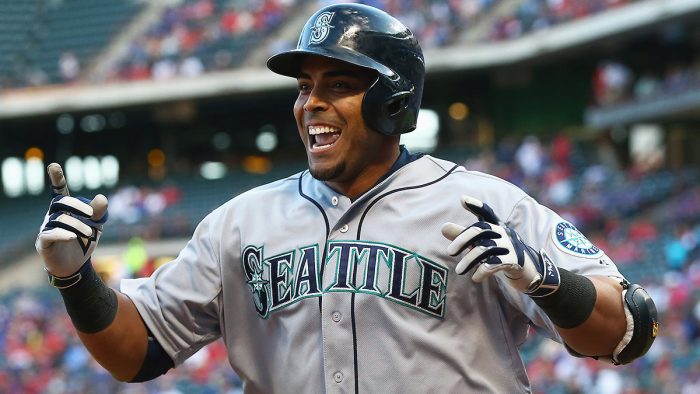 With just five weeks remaining in the regular season, it’s conceivable the victors of the AL wild card race won’t emerge until the last day of the season — perhaps later.

Entering today, five teams are within two games of the second wild card spot. None is a clear-cut favorite; all possess significant flaws.

Considering the volatility of the competition, September will be both exhilarating and frustrating for fans across the league. With that in mind, I decided to brush up on the clubs most likely to earn the second wild card berth.

The franchise transitioned from buyers to sellers in the week leading up to the MLB non-waiver trading deadline. Yet, they continue to contend in late August.

Initially, general manager Thad Levine acquired Jaime Garcia from the Braves on July 24. Within days, he shipped Garcia to the New York Yankees and closer Brandon Kintzler to the Washington Nationals.

In spite of the upheaval, manager Paul Molitor continues to field a competitive club thanks to productive hitting and respectable pitching since the all-star break.

Since the July 31, Minnesota’s offense is third in the AL in OBP and tops in runs scored. Leading the charge are Joe Mauer, Brian Dozier, Jorge Polanco, Eddie Rosario, Jason Castro, and former top-prospect Byron Buxton.

The club’s best hitter this season — Miguel Sano — is on the DL due to a stress reaction in his shin. While the 24-year-old’s recovery timeline remains uncertain, a September return would energize Minnesota’s postseason push.

The starting staff has been relatively effective in August; they rank fifth in ERA and WAR this month. That’s amazing considering 16 different pitchers have started games for the Twins this year.

Ervin Santana and Jose Berrios continue to have strong seasons, but Levine’s recent additions — Bartolo Colon and Dillon Gee — are difference makers too. Whether the newcomers’ success is sustainable is debatable.

Colon was ineffective with the Atlanta Braves before landing in Minnesota. The 44-year-old has a 4.46 ERA with his new club and opponents are hitting .304 against him.

On the other hand, Colon seems to be improving lately; the 20-year veteran is averaging 6.75 innings/start with a 3.67 ERA in August.

Since signing with the Twins in late June, Gee has made four appearances out of the bullpen. The right-hander made his first start this week, limiting the Chicago White Sox to one run in six innings.

For now, Gee is helping the Twins win games. However, inconsistent performances with three previous clubs in a season many seasons suggest a bumpy ride awaits the 31-year-old in the weeks ahead.

Starter Hector Santiago may return next month and could potentially help the rotation. The southpaw is on the DL due to back pain, but recently suffered a setback during a rehab assignment.

It is worth noting Santiago wasn’t particularly productive before his injury. In 14 starts, the 29-year-old posted a 5.45 ERA and 1.41 WHIP.

Despite losing their closer via trade, Minnesota’s bullpen has been relatively stable.

Matt Belisle has taken Kintzler’s place, while Trevor Hildenberger and Tyler Duffey have been solid setup options. Hard throwing prospect John Curtiss recently joined the club from Class-AAA Rochester and could provide a shot in the arm.

The Mariners stay in the race despite a seemingly unending wave of injuries to their rotation, which has prompted the need for 16 starters this year. That ties the Twins for the most in MLB.

Much of the credit for the Mariners staying competitive goes to the offense and bullpen.

Since the all-star break, designated hitter Nelson Cruz has been unstoppable with 14 home runs and a 1.024 OPS. The 37-year-old is clearly Seattle’s best hitter and likely to receive MVP votes.

There are several Mariner hitters providing less-than-optimal production. Getting them back on track is especially crucial considering the battered state of the starting rotation.

Youngsters Ben Gamel and Mitch Haniger have an OPS below the .300-mark since mid-July. The same applies to veteran Jarrod Dyson; expected to come off the DL next week.

General manager Jerry Dipoto has done his best to cobble together a rotation despite the recent losses of Felix Hernandez (shoulder bursitis) and James Paxton (pectoral muscle strain).

Ramirez has performed admirably holding opposing hitters to a .238 batting average during five starts, while Albers has lasted five innings and avoided significant damage during both of his outings.

Perhaps, Hernandez and Paxton return before season’s end, but their recovery timelines remain inexact. Moreover, there’s no guarantee either will prove effective upon returning.

The degradation of the starting staff has becoming increasingly evident as the season has progressed.

Mariners starters rank number-13 in the AL in WAR during the second half of the season and have delivered the second fewest innings of any AL club since the all-star break.

Fortunately, Seattle’s bullpen has stepped up during the rotation’s darkest hour.

Entering today’s play, Mariner relievers rank second in the AL in WAR since mid-July. The bullpen should be even better once David Phelps returns to form. The right-handler has been shaking off rust since coming off the DL this week.

After starting with a 7-16 record, there wasn’t much hope for the Royals’ season. Most baseball observers — including me — expected Kansas City to be major sellers by the July 31 trade deadline.

Since mid-July, the team ranks fourth in the league in runs scored. Much of the credit goes to Mike Moustakas, Eric Hosmer, Lorenzo Cain, Whit Merrifield, Brandon Moss, and deadline acquisition Melky Cabrera.

On the mound, circumstances have been more trying. Danny Duffy is staff ace and Jason Hammel has been solid and delivering innings. After that, it gets sketchy.

Jason Vargas was an early season Cy Young contender, but regressed with a 7.15 ERA since June. Veteran Ian Kennedy has been inconsistent all year.

Making matters worse, deadline acquisition Trevor Cahill made just three starts for his new club before going to the DL with a shoulder impingement.

In the past, Royals manager Ned Yost could count on his bullpen to buoy the starting staff. That’s not the case in 2017.

One of Yost’s best relievers — Joakim Soria — recently landed on the DL with an oblique strain, while Neftali Feliz is unavailable with ulnar nerve palsy. Both pitchers’ recovery timelines are uncertain. Even worse, Brandon Maurer hasn’t performed well since arriving at the deadline.

On a positive note, it appears the Royals dodged a bullet with closer Kelvin Herrera. The 27-year-old left Tuesday’s game with forearm tightness, but is currently day-to-day. Still, his condition merits watching.

The lone deal made by general manager Billy Eppler prior to the deadline shipped a player out of town — reliever David Hernandez went to the Arizona Diamondbacks. Nevertheless, manager Mike Scioscia keeps his club in contention.

Over the last month, Scioscia’s team is fifth in the AL in runs scored and tops in stolen bases for the season. Unsurprisingly, Mike Trout is leading the way for the Halos, but he has help for a change.

Best known for his elite defense, Andrelton Simmons is having a career-year at the plate and ranks fourth in the AL in WAR just behind Trout. The 27-year-old shortstop will certainly receive MVP consideration for his breakout season.

After a difficult first half, Luis Valbuena is now on fire. Other players enjoying second half surges are Ben Revere, Kole Calhoun, and C.J. Cron. Despite being a platoon player, Revere’s eight stolen bases in August lead the league.

Los Angeles could receive more offensive help when Yunel Escobar returns from an oblique strain. The 34-year-old hopes to start a rehab assignment next week.

While he continues to pass Hall of Fame milestones, Albert Pujols is having the worst season of his distinguished career. The slugger is slashing just .231/.276/.381, although he does have 19 home runs.

Other clubs receive more attention for their rotation woes, but the Angels have also endured significant setbacks with their starting staff this season.

Matt Shoemaker recently underwent season-ending surgery to release the radial nerve in his right forearm. Alex Meyer is on the DL with shoulder inflammation and J.C. Ramirez joined him this week with an elbow strain. That’s not all of the injuries Angel starters have endured — just the most recent ones.

It’s not all bad news for the Angels’ rotation. Parker Bridwell has been a revelation since joining the club in April. During his last 11 starts, the rookie owns a 2.94 ERA and is averaging 6.1 innings/outing.

Team management is hopeful Garrett Richards — out since April with right biceps nerve irritation — could rejoin the club next month. It’s likely the 29-year-old would be limited to approximately 60 pitches/start, but that’s a manageable factor once rosters expand in September.

As in Seattle, Angel relievers have stepped up during the rotation’s rough times.

The bullpen ranks in the top third of the AL since the all-star break and is tops in the league this month. Bud Norris and Keynan Middleton have scuffled recently, but Cam Bedrosian, Blake Parker, Jose Alvarez, and Yusmeiro Petit are picking up the slack.

Two key position players — Joey Gallo and Carlos Gomez are on the disabled list, although Gomez could return this weekend after having a shoulder cyst removed.

Gallo’s prognosis isn’t as clear. The slugger is on the DL after suffering a concussion and non-displaced nasal fracture during a collision with reliever Matt Bush. If the 23-year-old passes MLB-administered concussion tests, he could return next week.

Running into the 6-foot-5 Gallo resulted in Bush sustaining a sprained MCL in his right knee. His return is uncertain with an official estimate of “possibly September.”

Simultaneously losing Bush and Keone Kela — sidelined with right shoulder soreness — is a devastating blow for a bullpen ranked in the bottom third of the league this season.

Despite losing key players to trades and injury, Texas is still scratching and crawling thanks to a potent offense and key contributors in the rotation.

Adrian Beltre continues to defy age, Shin-Soo Choo is having a bounce back year, and Robinson Chirinos has performed well as Lucroy’s replacement behind the plate. Also contributing are shortstop Elvis Andrus and outfielders Delino DeShields and Nomar Mazara.

Losing Darvish significantly degraded the starting staff, but three veterans are keeping the rotation afloat in August — Cole Hamels, Martin Perez, and Andrew Cashner. All are averaging 6-plus innings/start and giving the offense a chance to compete.

The challenge for manager Jeff Banister is scraping through the days Hamels, Perez, and Cashner aren’t toeing the mound. Neither Tyson Ross nor A.J. Griffin are consistently providing length or effective during their starts.

You’ve probably noticed by now, there’s a recurring theme with every contender — injuries and inconsistent play. As a result, a considerably flawed will earn the second wild card berth.

Still, being the fan of a broken-down club playing in the postseason — even if it’s for just one game — is a better alternative to ending the regular season on a sour note.

Enjoy the ride AL fans. September is going to be a fun month.