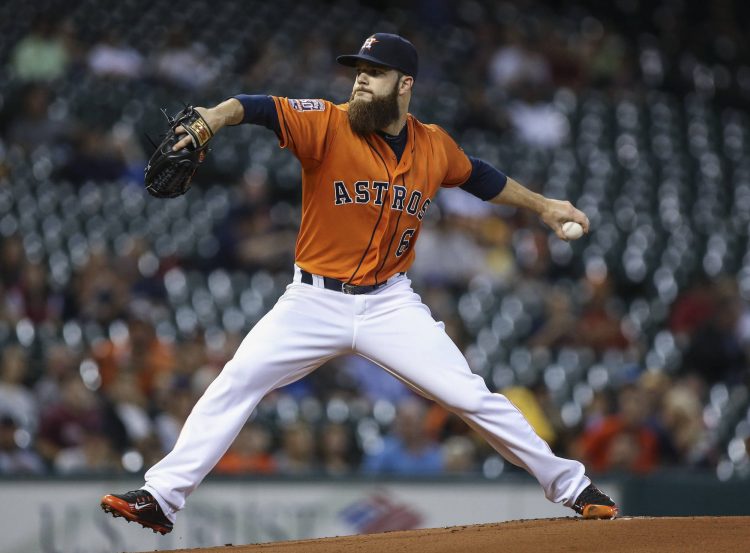 So far, I’ve discussed the Oakland Athletics and Los Angeles Angels. Let’s turn our attention to the Houston Astros.

The start of the last two seasons couldn’t have been any different for the Astros. Last year, the club started out by logging a 15-7 win-loss record in April, which was good enough to give them a four game lead in the division. This year though, Houston stumbled out of the gate and found themselves sitting in last place with a 7-17 record and seven games behind the division-leading Texas Rangers when April ended.

Despite early setbacks, team management preached patience and it looks like they were right. Since the end of April, Houston has posted a 26-19 record — fourth best in the AL. Yet, when you look at their statistics, it’s tough to comprehend how they’re doing it.

Yes, they have a young core comprised of three of the brightest young stars in baseball — Jose Altuve, George Springer, and Carlos Correa. However, the team’s overall offense hasn’t been good all season.

The stats aren’t much better during the last month, when they’ve climbed back to wild card relevance. Astros hitters rank near the bottom of the AL in runs scored, batting average, slugging percentage, and on-base percentage.

Yet, the club finds themselves closing in on the .500 mark. How have they done it?

Beyond the young studs I’ve already mentioned, Houston’s bullpen has been the best in the AL during the last month. Their relief corps leads the AL in fielding independent pitching (FIP), has surrendered the fewest walks allowed and struck out the most hitters. Moreover, they lead the majors in the FanGraphs version of wins above replacement (fWAR).

Standouts in the ‘pen include Will Harris — selected off waivers from the Arizona Diamondbacks in 2014 — and Michael Feliz. Harris has stepped into replace Luke Gregerson as the team’s closer and has emerged as one of the best relievers in the majors in 2016. The 22-year-old Feliz has solidified the club’s middle relief and the highly heralded Ken Giles, the former closer for the Philadelphia Phillies, has contributed too.

So, what’s not working in Houston? Let’s start with a rotation that’s been okay, but not great.

Staff ace Dallas Keuchel has struggled to regain his 2015 AL Cy Young Award form. To date, the southpaw’s walk and extra base hit rates have climbed from last season, as has his FIP.

Lance McCullers, who started the season late due to shoulder soreness experienced during Spring Training, has been productive. However, he’s never pitched over 160 innings in a season and could run out of innings by season’s end.

Former Seattle Mariner Doug Fister, Collin McHugh, and Mike Fiers have contributed to the rotation and have pitched well during the last month. Still, the starting staff may not be good enough to get Houston to the next level, which would be a deep postseason run. That’s especially true if Keuchel doesn’t return to his 2015 form.

Catcher is another area that’s not a strength. Jason Castro started the season as the Astros’ number-one backstop on the depth chart, but the team opted to send designated hitter — and former Atlanta Braves catcher — Evan Gattis to the minor leagues for a week in May so that he could reacquaint himself with the tools of ignorance and help behind the plate.

To date, Gattis has been splitting time between catcher and designated hitter. Finding a full-time replacement behind the plate makes sense, if the club can find someone who’s affordable and better than their current options.

First base and third base are two other positions that haven’t been productive to date. The Astros rank in the bottom third of the AL in most offensive and defensive categories for both positions.

Tyler White has been the primary first baseman, but he’s struggled at the plate and was sent to the minor leagues yesterday. Ideally, the Astros would prefer to have top-prospect A.J. Reed take over.

Unfortunately, for the Astros, the player who comes in at number-35 on the MLB.com Top-100 prospect rankings hasn’t been hitting well at Class-AAA Fresno. As of this writing, the Reed has a .252/.342/.485 triple-slash and doesn’t appear ready.

For now, Marwin Gonzalez will get the majority of playing time at first base. The switch-hitter has spent time at both corner infield positions and has slashed .259/.301/.400 this season, which is similar to his career averages.

Luis Valbuena has been the primary third baseman, although he’s played some first base. The left-handed hitter’s slash numbers are league-average, but don’t rank favorably against his peers. Of the 25 major league qualified third baseman, he ranks in the bottom 20-percent of every slash category.

Some bloggers have suggested that Houston has an internal option available for third base — Alex Bregman, currently playing at Class-AA Corpus Christi. While the notion of the number-two overall pick in the 2015 draft debuting in the majors makes for a fascinating story, it may not be in the cards.

Bregman is still at Class-AA level though. Even last year’s AL Rookie of the Year — Correa — spent time at Class-AAA, although it was just 24 games. Perhaps, the organization will leap frog the MLB.com number-18 overall prospect to the majors. But, he’s only played eight games at third base this season and only twice during this month, including yesterday.

That doesn’t mean that there’s no chance that Bregman doesn’t debut with the Astros before September 1 call-ups. He could be an injury replacement for Correa, if there was a need. On the other hand, if management feels that their hitting prospect is ready, they could have him leap frog Class-AAA and ship him directly to the majors in order to improve their run production.

Another option could be Houston turning to Colin Moran, who is currently playing for Class-AAA Fresno and the number-six prospect in their organization. Moran was with the Astros for six games in May and was slashing .289/.352/.410 with Class-AAA Fresno coming into yesterday’s play.

Considering the status of the Astros’ current roster and their standing in the AL West, how general manager Jeff Luhnow approaches the deadline is intriguing to me. Does he buy or sell?

Luhnow has been aggressive in both roles since taking over in 2011. Last season, he added starting pitchers Mike Fiers and Scott Kazmir and center fielder Carlos Gomez. In the past, he’s dealt veterans to pick up prospects and reinforce his system

The Astros general manager could take the same approach as last year and pursue upgrades for the weak areas that I’ve mentioned, especially if his team continues to win. Still, Houston has many holes to fill. Attempting to satisfy all of them, via the trade market, presents the risk of negatively affecting the organization’s long-term plans.

The Astros minor league system is still strong. But, Luhnow had to part with multiple prospects to pick up Gomez, Giles, Fiers, and Kazmir during the last 12 months. Will the 50-year-old baseball executive be willing to sell more of his farm to make a run this year?

Another factor to consider is the impending free agency of Castro, Fister, outfielder Colby Rasmus, and reliever Scott Feldman. Perhaps, Houston attempts to recoup value given away last summer by being a seller this year.

Assuming that Houston continues to play well and doesn’t suffer significant injuries, I expect they’ll will act as a buyer. Perhaps, they’ll part ways with a few prospective free agents to shuffle their roster. But, only if those moves don’t affect their competitiveness this season.

Why am I so certain that the Astros will lean forward? The current level of parity in the AL — eight teams are within six games of the wild card — gives every team near the .500 mark at the deadline a chance to earn a wild card berth. Plus, reaching the playoffs is addictive.

Last year, Houston ended a decade-long postseason drought and it’s doubtful they’d squander a chance to return to October play in order to preserve their minor league system. That’s assuming they continue to win between now and the deadline.

I’m not suggesting that Luhnow should give away his club’s future — he won’t. Rather, I expect that he’ll protect his organization’s future, while trying to win now. Playoff windows can quickly close and not reopen for a long time. Luhnow knows that, so do Mariners fans.

The Major League Baseball (MLB) non-waiver trading deadline is barreling down upon us and Seattle Mariners fans are anxious to...