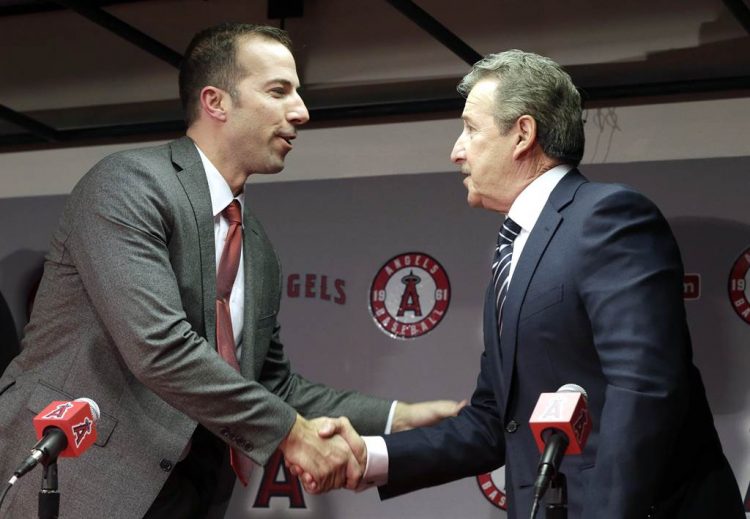 My first piece focused on the Oakland Athletics. Let’s turn our attention to the Los Angeles Angels.

In 2015, the Angels remained in postseason contention until the last day of the season, but this year hasn’t been nearly successful. As of this writing, the club is sitting nine games under .500 and 13.5 games behind the division leading Texas Rangers.

Despite what appears to be an obvious sell situation, it’s hard to know if owner Arte Moreno, who is viewed as a “win now” type owner, will permit general manager Billy Eppler to wheel and deal as a seller before the deadline season ends.

For the purposes of this primer, I’m going to assume that Moreno gives Eppler the green light to move players and shift their sights to 2017 and beyond. Doing so would be a wise strategy for an organization with a minor league system that  ranked last in the majors at the start of the season, according to Keith Law of ESPN.com.

Even though the club’s roster has been undermined by injury and ineffectiveness, there are a few nuggets that the Angels could move.

After missing nearly all of May due to injury, closer Huston Street has returned and has been performing well. The right-hander is set to make $9 million next season with a $10 million team option or $1 million buyout for 2018.

Nearly every contender will be looking to improve its bullpen and a quality reliever with closer experience — like Street — will be in high demand. Moving the 32-year-old now would present the Angels with an opportunity to maximize the value of a valuable trade chip.

Several other relievers could be marketable prior to the deadline, although health and performance will drive their actual trade value. Fernando Salas is a middle-relief option with setup experience. The right-hander is a free agent after the season and wouldn’t cost much. The same is true with Joe Smith, who is currently on the disabled list (DL) with a hamstring problem.

Assuming that Smith returns within a few weeks, he would have some measure of value. The 32-year-old wasn’t effective prior to his injury. Perhaps, his hammy issues were the root cause of his problems. If Smith were on his game, he’d present a low-cost middle-relief option for a contender.

Veteran reliever Al Alburquerque is another name that may surface in trade speculation. The 30-year-old recently joined the club from Class-AAA Salt Lake. He’s owed $1.1 million this year and has one more year of arbitration eligibility remaining.

A positon player who could attract interest is third baseman Yunel Escobar, who’s having a good year. The 33-year-old would help a contender looking to improve at the hot corner or add depth at shortstop. Escobar can become a free agent at season’s end, but the Angels hold a $7 million option for 2017 with a $1 million buyout.

An intriguing trade chip could be right fielder Kole Calhoun. He’s also a superb defender with 20-plus home run power and having the best season of his five-year career. The 28-year-old is still in his arbitration years and under team control through the 2019 season. All of these factors make Calhoun appealing to other clubs, but they make him valuable to the Angels too.

Still, moving Calhoun would bring an influx of much-needed young talent into the Angels organization. Doing so would signal that the Angels aren’t expecting to compete in 2017. Whether such a strategy is acceptable to ownership is unknown.

Los Angeles has several starting pitchers who might  interest clubs, although their value varies greatly. At the low end, Jered Weaver hasn’t been that effective and has seen his fastball velocity consistently decline in recent years. To complicate matters, the 33-year-old is making $20 million this year and is a free agent at the end of the season.

In the near future, Weaver may become a reliever. He says that he’s okay with the potential move. Perhaps, a team would take a chance on the right-hander as a low-risk option to boost their bullpen. If such a deal were made, the Angels wouldn’t see much in return and would likely be on the hook for most of his salary. Hence, the low-risk appeal to other clubs.

Considering the state of their rotation, it’s not likely that the club would entertain dealing Hector Santiago. Although he’s having a down year, the southpaw was an all-star last season and the club will be losing Weaver and the injured C.J. Wilson to free agency.

Moreover, Garrett Richards is on the 60-day DL. Dealing Santiago, who is making $5 million this season and has one more year of arbitration eligibility remaining, would be another sign that the Angels were looking past 2017.

There is another starting pitcher to discuss. He’s getting ready to return to the majors and could have value in the trade market — assuming he can still perform. I’m talking about Renton, Washington native Tim Lincecum, who makes his Angels debut against the Athletics today. The two-time former National League Cy Young Award winner has been recovering from hip surgery and wants to prove he can still perform as a starting pitching.

Lincecum is under contract on pro-rated $2.5 million deal with several performance bonuses for the remainder of this season. Assuming that the 32-year-old proves he can still bring it between now and the deadline — big assumption — he’d be a low-risk/possibly high-reward target of contenders.

There are many “ifs” with Lincecum and with all of the potential trade chips mentioned. If you haven’t noticed, the majority of the names that I’ve mentioned throughout this review are on the wrong side of age-30 and losing value quickly. If Eppler can acquire some talent — any talent — from his potential free agents, he’d be wise to do so.

The Angels are in a difficult situation. The best two players on their 25-man roster are Calhoun and Mike Trout. I’ve already discussed Calhoun and Eppler is already on record saying that there’s no way they’re trading the best player in baseball.

There aren’t many appealing options for the ball club that plays in Anaheim. The actions taken by management in the coming weeks should provide a better understanding of the club’s trajectory for 2017 and beyond. Unfortunately, for Angels fans, it looks like it’s going to be a bumpy ride.