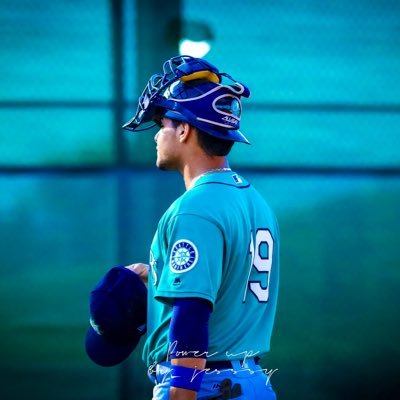 The Seattle Mariners made their first big trade of the offseason, sending RHP Erik Swanson and LHP prospect Adam Macko to the Toronto Blue Jays for OF Teoscar Hernandez. Joe Doyle had been saying Hernandez should be a target for the Mariners on Jason Churchill’s Baseball Things podcast. Click here to subscribe to Baseball Things and listen to his reaction episode on the trade.

With Macko now gone, the Mariners have a quartet of right-handers who finished last year at the AA level in Emerson Hancock, Taylor Dollard, Prelander Berroa, and Bryce Miller. Then there is a bit of an age gap between those pitchers and the teenage pitchers Scott Hunter and co. have drafted the last two seasons including Michael Morales, Walter Ford, and Ashton Izzi.

Dayeison Arias, RHP
The 6’1″ right hander from the Dominican Republic is a little old to be considered a prospect, but at 25 years old, he had a solid year out of the Arkansas Travelers bullpen. He had a 3.03 ERA in just under 33 innings at AA last year, striking out 42 while walking 17. Even though he will play next season at 26, he could be similar to Penn Murfee last year, and be considered for a spot in the Mariners bullpen if there are injuries and Arias is pitching at a high level.

So far this year in the Dominican Winter League, Arias has a 2.25 ERA over 8 innings with 9 K’s and 2 walks. He is playing for Estrellas de Oriente.

Freuddy Batista, C
Bautista played 81 games for Modesto last year where he slashed .266/.361/.436. Now he is playing for the Leones del Escogido. He is 3 for 12 with a double and 2 RBI. Given that he will be 23 next season, he is mostly an organizational player going forward.

Kelvin Nunez, RHP
Nunez spent most of the year in the Low-A Modesto Nuts bullpen where he had a 3.42 ERA over 52.2 innings while striking out 61 and only walking 11. He got a 9 appearances at High-A Everett where he got hit hard and struggled. He will have a shot next year at 23 years old to breakout in the Everett bullpen. He has only pitched 1/3 of an inning in the Dominican Winter League for the Aguilas Cibaenas.

President of Baseball Operations Jerry Dipoto added 4 minor leaguers to the 40 man roster this week: OF Cade Marlowe, OF Jonatan Clase, RHP Prelander Berroa, and RHP Isaiah Campbell. These were 4 of the top 5 prospects that Jason Churchill thought could be selected in the upcoming Rule 5 Draft.

The Arkansas Travelers will have a new pitching coach in 2023 because Sean McGrath accepted the same position at the University of Iowa. McGrath had been at Elon at the same time as George Kirby, who spent a majority of 2022 in the big leagues. The Mariners have yet to announce their coaching staffs for their affiliates for 2023.

Mariners Minor Leaguers in the News

Ryan Divish of the Seattle Times wrote about the 4 prospects added to the 40 man roster.

Jason Churchill wrote about how the Mariners farm system will improve thanks to the 2022 Rookie of the Year.